Fear of the known 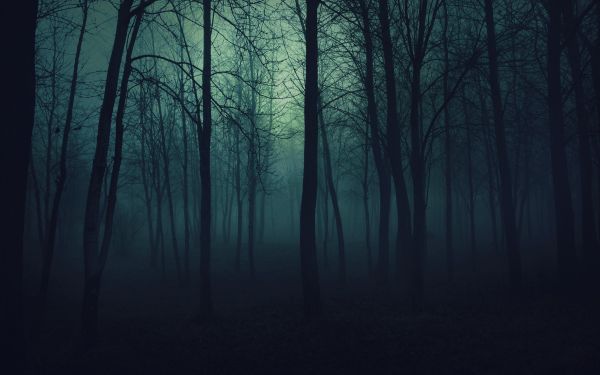 The best way to master someone else — to crush him or her in the mental judo by which we enwrap our opposites in arguments from which the other cannot escape — is to convince them that they are motivated by fear, ignorance or stupidity. At that point they begin to distrust their argument, and lack the will to complete it, which in scientific terms means their insecurity doesn’t allow them the energy to forcefully explore enough options, so their brain picks conservatively among weak options and loses.

Human fear, for this reason, is vastly misunderstood because we use it more as a token of manipulation than of diagnosis. Like love, sex, God, death and other sacred things, it has become a symbol in the tug-of-war for mindshare that is our advertising-driven, consumer-fueled, individualistic society. Even more, because we live in a time of social judgment predominating over situational complexity, we are not encouraged to investigate fear. It’s bad. Period. Got it?

Instead, I think it makes sense we look at the fears of human individuals with the open eyes of a nihilist. A good starting point is to acknowledge these basic categories of fear:

All of these great hidden fears — and they’re hidden, because confessing your actual fears to others reveals your weakness, so confess trivial instances of those fears instead — have one thing in common: they acknowledge the limits to our autonomy, knowledge and self-control. In short, they show us that we are exactly what we appear to be, which is a small tribe of monkeys that got smart on one planet and are now trying to gain self-control so they can be realistic and progress to the next evolutionary stage.

These fears together act to hide that reality because it is fundamentally threatening to have an actual goal. If there’s something we should be doing, all the things we do which are not means to that end can be seen to be the flakiness, selfishness and laziness they are. We don’t want that. We want freedom from the judgment of others because we fear our weaknesses will be seen, so we try to blind them to the actual goal (smart monkeys!) in order to hide our motivations, even if that means our species drifts further from having a realistic impression of what it’s trying to accomplish.

In order to hide these truth-fear pairings, we make up a countervailing fiction, which is that we have a better way — and we base it on social, or anthrocentric, concerns instead of the world as a whole. “All of us here agree” is a way of programming your brain to ignore reality and to focus instead on what other monkeys want you to think. They will call it Progress, Science, Wisdom — profaning all holy and sacred and reverent things in the process — maybe even Morality, but this social fiction creates a consensual reality which slowly obliterates all other truths by becoming an assumption underlying their supercessors.

The problem with this consensual reality — some call it “social reality” and the political movement it engenders Crowdism — is that since we define our own needs and reality, we create an ever-widening circle. Truth threatens? Redefine truth as convenient. But now the new truth becomes inconvenient, so we alter it a little further. In the next generation, further. Soon we’re way, way far from any sense of truth, but we can’t see it because all the monkeys around us are repeating to us, in new and innovative ways, the underlying assumption that we need a social reality to replace nature. We call that cognitive dissonance.

Even worse is that as we subsidize others who want to evade reality, we slowly place the burden of our salvation on those who deny social trends and insist reality is, indeed, real — this is the one radical and taboo act in all eras and civilizations — and these people are a minority. Soon it becomes more convenient to kill them, and the civilization plunges into disorder because people are acting on what they’d prefer to be true instead of what is realistic. This is how all civilizations die.

You might think this article is a hit piece on God and tradition, but those two terms were very sensible innovations that allowed us to name our fears and displace them onto the whole of reality, instead of ourselves. They can be abused, but there is nothing which cannot be abused because names and symbols differ from what they reference, so we can always change the definitions of signals (like names or symbols, even God) and then use them as if they were still valid. If anything, if the symbol “God” has become corrupted, the smart response is to embrace God and start working to redefine the symbol toward reality — but that’s another topic for another day.

Our secret fears, like our secret hopes, reveal what we know at our innermost souls and, because this pattern repeats among all humanity, what is probably the most accurate depiction of our reality. While the socially acceptable response is to deny fears exist and not look into them, as it will destabilize others, the intelligent response is to explore fears in the laboratory of ourselves so we can understand more about this magical world in which we live.

Random factoid of the day | Not wanting to engage with reality