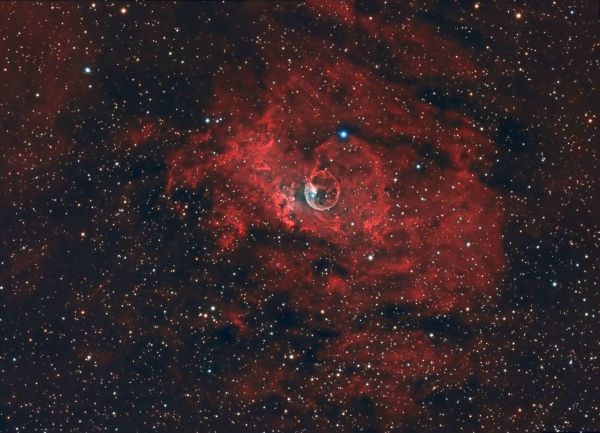 Any really efficient design will gradually replace its less efficient parts with new attempts. This type of natural garbage collection is at an informational level present in our universe, meaning that it appears as a pattern in matter, energy and thought alike.

This type of chaotic design appears frequently. Instead of using top-down centralized orders, chaotic designs change like fluids in a beaker, with granular components adopting the shape of the boundaries of their container, and by staying always in motion, sweeping smaller eddies into the bigger trends of their flow.

Information tends to follow a similar pattern based on the Gaussian distribution, which we generally see as a “bell curve” when plotted in two dimensions: a few clear success, a few clear failures, and everything else in the middle. This is similar to how fluid in a beaker moves at its edges, will all motions flowing back into a main mass which is mostly stable.

Chaotic designs are famous for this kind of “stable in the big picture, frenetically disordered at a local level” appearance. It’s an inherent principle of our universe to behave this way because it gets the benefits of stability with the chances to recombine all other ideas “in the small” and, if one succeeds, to uptake it into the dominant pattern.

You might call it a form of three-dimensional scientific method.

This tendency is inherent to the organization of nature, and so manifests itself in physical organization and human interactions. If you hone in on the dead middle of your results, and measure the results below and above that, you’ll find the numbers very similar.

It explains why human intelligences fit a bell curve; why some nations thrive and others hover near poverty; why some work days are productive, others failures, and most fit somewhere in the middle. It also explains why the default outcome for our activities is mediocrity, being caught between bad and good but not good enough to count as real achievement. 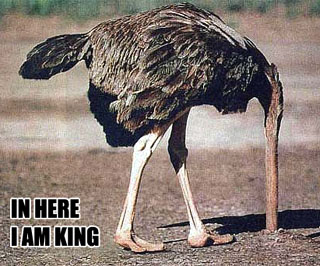 In a historical sense, if ancient Greece was excellent, that puts it on the far positive side of the curve. That means that for every one Greece, there’s many more mediocre civilizations, and a few that radically fail. In other words, most civilizations go nowhere in terms of quality, and so die out early. There are handful of ancient Greeces.

On the far negative side of the curve are societies that fail from the outset. No one is interested in collective action, so they cannot rule themselves and get destroyed by small bands of criminals. Societies in fertile areas tend to be this way, as do societies which were in previous generations made prosperous.

When you can pick your food from the trees and the climate doesn’t require that you have much shelter, why bother with individual or collective action beyond the absolutely obvious? In such societies, striving is seen as pointless, and people tend to be anarchistic in that they each support themselves and their family unit.

As a result, they are unwilling to donate their time to collective activities or non-tangible activities like learning. Barn-raisings where we all help Joe put together a farm that can feed us all? Fire-making devices? Architecture? Laws? Learning? Who needs it. We’ve got fruit from the trees, easily slaughtered game, and round huts.

In the middle are societies that are semi-organized. They’re not as together as ancient Greece, but aren’t failing immediately either. Most have short life cycles. They are able to get people together for barn-raisings, defense, and some medicine, but are anarchistic enough to keep an ethic of convenience.

That guy selling snake oil? Leave him, he’s no problem — even if half the town gets hoodwinked and money goes out to the fools and not the wholesome. Someday we’ll need a bigger bridge? Well, let’s wait until someday — even if the supplies we desperately need during a drought can’t make it in over the collapsed older bridge.

What defines whether a society thrives or fails is where it fits on the curve. Its degree of organization determines its future. People must come together for collective action, be rewarded for good and shunned for bad, so they feel an incentive to participate and a reward for doing right.

There must be a clear plan, clear goals, and notation of what is expected — and what is not accepted. The rules for this are the same for any group of intelligent yet independent creatures, whether a church group or an army, whether humans or super-intelligent reptilians.

As soon as we realize that mathematical distributions define life, we are forced into contradiction with what we’ve been taught. Our dominant fiction tells us that a single object or person is the cause and controlling force of all things within its realm of influence; reality is that we are all part of bigger patterns and are defined by context.

The denial of informational underpinnings of context is what destroys societies. We like to think we create ourselves, control ourselves absolutely, and that context is irrelevant. Yet context includes our inherited abilities — and aren’t all abilities inherited — and our positions in life and our personalities.

This wishful thinking, however, is popular. In place of will, or a steely determination to do one thing right through hard work and native ability, we extend wishful thinking and wish fulfillment because it’s accessible to any person. You think you’re a genius artist? Well, I’ll treat you as one, if you treat me as a genius artist too.

Wishful thinking establishes a dangerous precedent. We base our self-esteem on how we wish to see ourselves. That in turn requires us to believe the world operates like a personality which can wish itself into any state. This makes us think that any action is the result of a deliberate, personal attack on us by the world.

This “social thinking,” so called because it resembles conversation and marketing more than science, in turn causes us to be unable to trace chains of causes and effects because we assume there is one level to every action: what is wished, and the wisher is assumed to be omnipotent.

In our simple view, we will all things, and some kind of Satan opposes us with personal attacks that come from that mystical, unknowable, invisible state called “reality.” We take life personally. We blame it when it goes wrong. And that blame causes us to deny reality, and to want to wage resentful war on others within our own civilization.

As a result, it is a process of civilization itself — intellectual “free radicals” like those made by our use of oxygen — that deconstructs our belief in complexity, synchronicity and causal sequences. Those are part of context, not a personality, and only personalities wish. We accept only wishes.

From this we get the illusion that all things are means, but people and their personal wish fulfillment is the only acceptable end. Much as we confuse cause and effect, we confuse means (methods) and ends (goals). We think our goal is the maintenance of a state in which our wishful thinking is universally tolerated, and we program our brains to be oblivious to the negative secondary, tertiary, and so on consequences.

Blame comes next. We live in a fantasy world of wish fulfillment, and when our fantasies get interrupted by reality, we retaliate by blaming the person who informs us of this need because, since our thinking assumes human wishes are the cause of all things, we assume they are wishing an end to our kingdom of wish fulfillment.

Blame causes internal division, most spectacularly class resentment, where those with unimportant roles wish themselves to be rich and are furious when they are not rich, powerful, intelligent, etc. Instead of accepting reality, they redefine the means used to get rich, redefine what is considered intelligent, and transfer power to themselves.

If you find yourself wondering why modern society is so brain dead, here’s a starting point: it has means/ends and cause/effect confusion, arising from our pleasant fantasy that we are all in control, which is in itself a denial of death and the importance of context. This is why the greatest taboo is understanding context, including cause/effect logic.

All societies exist somewhere on this cycle. Fertile tropical societies never get far because there is no reason to understand context; everything they need can be picked from trees. Prosperous industrial societies create their wealth, and then start fighting over it, and then replace means of creating real wealth with means of re-distributing wealth.

This cycle has repeats itself through history. It is so ingrained in us that spotting it is difficult enough; communicating it to others is also difficult; and finally, there are social repercussions — generally retribution by a Crowd furious that reality/context has been asserted — for saying it.

We have a choice: either indulge the fantasy of individual absolute control and wish fulfillment, and make ourselves the presumed actors in all reality. Or, we can see context, cause and effect, means and ends. It’s a scary choice. But recognizing this problem of our group perception, and beating it, is our only way toward a better future.