The Essence Of Supernatural Thinking 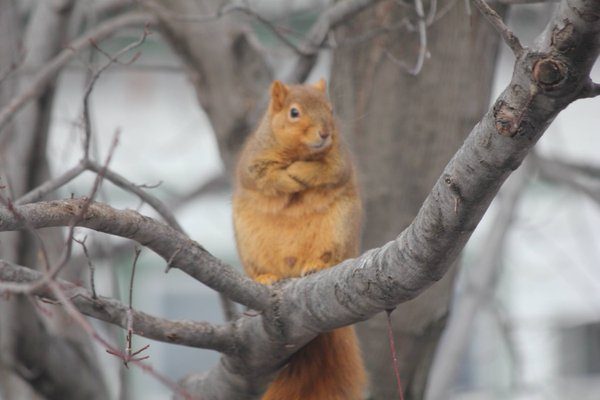 The question of the supernatural boils down to a simple metric: is the world organized by material, or by information?

If it is organized by material, then bits of stuff just bounce into one another and create what we know of as reality. Opponents call this nihilism because it believes in no ordering force. Intelligent Design tries to work around that by saying that a cosmic chess-player designed those material pieces to create an emergent order.

If it is organized by information, material is the canvas through which order is expressed. This suggests that what happens in reality is more of a calculation, or interaction between material parts to derive informational results, than a pre-planned order. It is both emergent and animate.

The argument for an underlying mathematical or informational order to reality is separate from the question of purpose. We are agents of choice by virtue of being alive; we make choices based on our ability to perceive and our honesty in doing so; there is no inherent right or wrong, but those who choose to pursue reality find it has much to teach.

In discovering reality, one finds oneself look at structure or patterns, and comparing what one knows of how things work to what is seen. This can lead to a perception of an underlying system of order:

A lot of people don’t realize what’s really going on. They view life as a bunch of unconnected incidents and things. They don’t realize that there’s this, like, lattice of coincidence that lays on top of everything. Give you an example, show you what I mean: suppose you’re thinkin’ about a plate of shrimp. Suddenly someone’ll say, like, “plate,” or “shrimp,” or “plate of shrimp” out of the blue, no explanation. No point in lookin’ for one, either. It’s all part of a cosmic unconsciousness.

This presents a quandary to our highly material minds. We work from the original material, which is our bodies and their needs, and inevitably extend that into the social sphere because it is composed of other bodies like us. Bodily needs and desires are universal; contemplative analysis of the order of existence is not.

But over time, we see how patterns repeat. How those implicate other patterns. And how, at the heart of it all, the entirety of existence appears to be alive.

Bruce Charlton illustrates this with his insight into synchronicity:

But this understanding of synchronicity assumes that Life is nearly-all discrete, granular, autonomous and unconnected events: just ‘bits’ of information.

In contrast, synchronicity is ‘telling’ us the opposite about Life – that in reality our Life is a web of relationships between conscious entities – like a dream.

The point of synchronicity is really very simple, and does not need decoding – because it is not a informational message. Synchronicity is the sudden awareness that Life is a web of connected and purposive relationships; and that there are many entities around us involved in these relationships – things as well as people.

The division comes down to the alive-ness of life. If you sense that reality acts like an organism, pieces of the puzzle start to fall into place. This is an esoteric understanding, however, and not accessible to most. But, as many of our smartest and best people have discovered, it is the understanding which unites all the parts of reality.

This seeming paradox exploded into public consciousness with quantum mechanics, which affirm an order which works outside linearity and likely, outside materiality:

…Ordinarily, we think that the past is fixed while the future is open, or partly so. Doesnâ€™t our freedom to affect the future depend on this openness? How could we affect what was already fixed? These are deep philosophical waters, but we donâ€™t have to paddle out very far to see that we have some options. We can say that, according to the retrocausal proposal, quantum theory shows that the division between what is fixed and what is open doesnâ€™t line up neatly with the distinction between past and future. Some of the past turns out to be open, too, in whatever sense the future is open.

Interestingly, the most likely solution to this problem is relativity across time as well as space:

Costa de Beauregard pointed out that Alice could affect Bobâ€™s particle without action-at-a-distance, if the influence followed an indirect, zigzag path through space and time, via the point in the past where the two particles intersect. But there are no zigzags like that in standard quantum mechanics, so if we put them in we are actually agreeing with Einstein that the theory is incomplete.

This gives us an interesting model: two events can influence one another across space and time, with each event adjusting itself to match the other, not so much as if they were entangled but as if they were different computations whose results rely on one another. We can see the same effect in microprocessors where a thread is dependent on the outcome of another thread, and must adjust the form of that outcome, for example number of decimal places, based on what is calculated in the other thread.

In my hopefully-upcoming book Parallelism, I argue for another approach: events are not just dependent on one another across time, but can partially create one another through pattern similarity, such that things which are potentially true become true when they find structural counterparts in another event, including a person. In this view, we create supernatural reality from supernatural possibility.

At that point, we have taken the world-organized-by-information to the place where the cosmic idealists of the past visualized it: the universe as a vast informational construct, with a purpose of its own, in which we can by emulating its patterns gain greater power, if we so choose.

Very little in life is simple. This approach is not as simple, popular or gratifying as exoteric liberal Christianity or materialistic atheism, but it is more logical in a world where most is mystery, and the underlying patterns dwarf their material outcomes in importance.