by Jonathan Peter Wilkinson on January 13, 2022 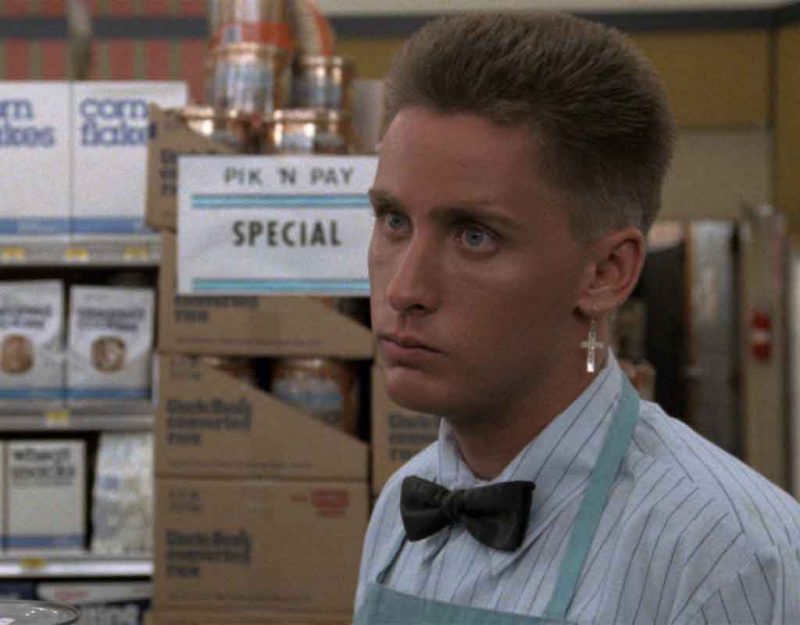 Global Warming is bad stuff. It leads to bad stuff. One example of Global Warming’s evil superhero powers is the current inflation threatening to turn the lights out early on the so-called Biden Presidency.

President Biden on Wednesday insisted he was “making progress” on inflation — despite data showing it continued to grow last month for an annual jump of 7 percent, the highest increase since 1982.

The physics does not support inflation causing GLOBAL WARMING. It would not even be physically true if Biden/Harris triumphed in the 2004 election and we were therefore burning worthless US Dollars to stay warm. Inflation, you see, is a monetary phenomenon. It results from an oversupply of currency chasing an undersupply of goods. The individual unit of currency loses value in comparison to the goods that we all probably would prefer to have available at the local grocery store. It would lose that value at the same rate. The price level should not connect to any particular trend in atmospheric CO2 measured at Mona Loa.

To a Liberal, this would disprove the assertion that Global Warming causes inflation. QED. This, however, assumes that things only occur because of direct causation. Second order effects never fall within the parlance of simplistic mental math. Second order effects accumulate and drive things whether the unaware comprehend them or not. Just because someone’s feelings do not care about financial reality does not mean that reality vanishes. Ask any broke and underemployed MA in Philosophy whether that financial aid bill is coming once a month in the mail.

So I still insist that Global Warming causes inflation. The mechanism just has nothing to do with the physics of radiative transfer in an atmosphere partial saturated with CO2 molecules. Global Warming causes government becomes a social problem (i.e. excuse) for governments to govern harder. In the process of governing the heck out of the people, these governments make important decisions. That invariably leads to sadness.

How does Global Warming lead to the economic stealth tax known as inflation? It comes from the defective way in which Amerika fights its wars. We live under a managerial state. We therefore manage them. Liberal Democracies currently are stuck in one of two paradigms for managing any major societal problem. Using our lamentable War on Drugs as a paradigm, we can describe these two terrible management processes. They are Demand Side and Supply Side. The War on Drugs is almost as good for this discussion as it is for the economic fortunes of Street Pharmacologists. We use both Demand Side and Supply Side policies while losing this particular war to a vast gallimaufry of narcotics.

1) Demand Side – Demand Side policies target the purchasers of whatever evil government is fighting. War on Drugs demand side policies target users. Done correctly, they could exterminate the human subspecies Homo Libertarian. Examples include 3 Strikes Laws, drug use questions on Security Clearance applications, and drug test requirements for a variety of well-remunerated, prestigious professions. These policies seek to dry up the potential customer base Stringer Bell would sell China White.

A literary description of this type of policy would be the hijinks that occurred in Tom Clancy’s novel Clear And Present Danger. Not even Steppenwolf on a downer trip calls in airstrikes. Clancy was one seriously uneasy rider.

The Democratic Party has twice tried to combat Global Warming as a clear and present danger. Barack Obama sought to target Demand Side the way Kamala Harris used to go after minor dopers in San Francisco. He proposed doing this by taxing combustion. Any corporation that produced income by setting anything on fire would have that income taxed.

It perhaps speaks poorly of our current society that you struggle to even exist, much less make bank, without setting anything on fire. If you like electricity, you hire someone to burn something almost every time you use this commodity in any major volume. If eschew electricity, you probably burn things everytime you get hungry or cold. Given the existential threat Barack Obama’s Carbon Taxes would have eventually posed, they died a merciful death in the US Senate.

President Biden is too stupid to think of anything Barack Obama had not thought of first. He must fight Global Warming. His advisers have told him Carbon Taxes are already dead. Therefore, he has decided to pull lever #2 and go after The Demand Side. This can be somewhat tricky. The only time I ever purposively produce CO2 for its own sake involves me carbonating my homebrew. The easiest Demand Side target of a War on Climate Change is to restrict the reactants that burn in reactions that emit CO2 as a byproduct.

This leads us to where Joe Biden nuked The Keystone Pipeline. His easiest lever to pull would be to shut down lots and many coal-fired power plants. This could lead to people burning other things like Chicago or Milwaukee when they get cold in winter. He therefore goes up the chain of causality until people become too ignorant to understand what he is actually doing. The Keystone Pipeline does not directly produce anything you or I use, but it would have carried an awful lot of the juice business people need to make many cool things. It does not, and now all of those things are harder to fabricate.

Everything material item that the average person uses requires a certain energy input at some point of its value chain. The toothbrush I used this morning has a several energy inputs. The plastic required formation, pouring into a mold, and the bristles were formed to serve their purpose. All of this needed integration. Somewhere, regardless of my desires for a climate-neutral War on Gingivitis, something burned for me to have that toothbrush.

Policies like cancelling The Keystone Pipeline make energy cost more. Making energy cost more, makes every single item that requires any energy to fabricate potentially price-sensitive to that increase in energy costs. That doesn’t automatically guarantee that my local dentist will stop handing them out to me for free the next time I get my teeth cleaned. It does make that minor inconvenience more likely to occur.

So who gives a flying turd about a free toothbrush? Not many people. Nevertheless, it isn’t just the cost of a toothbrush. We have not even broached the topic of mouthwash. All joking aside, our current inflation problem is an accumulative impact of a large pool of second order effects that would not matter in isolation. The problem occurs when they happen cumulatively and are superpositioned to the point where they start to drain our bank accounts faster than our work efforts can produce income.

To the extent that inflation consists of a 7% superposition of small, microscopic, market shifts is driven by higher energy prices that particular negative externality results from our current government’s decisions aimed at fighting a War on Global Warming. Without arguing whether there should be a War on Global Warming, we do need to be aware that governmental policy to wage this conflict is the fruit of a poisoned tree.

That poisoned tree consists of our current managerial society. That society produces managerial elite. Those elite will try to manage things. The two current paradigms are demand side and supply side. Neither can effectively manage anything as complex as the planetary climate.

Get three well-respected climate scientists in a room and you’ll get three divergent theories on what The Younger Dryas involved. Our best and brightest do not even understand the physics of what is happening. Forget the economics. The people with the political power are not our best and brightest. They do not even completely understand the data they receive. They get The Elevator Pitch. Perhaps.

Once some maundering mediocrity like Joe Biden decides to fight a War on Climate Change, he will attempt to manage the problem. He will attempt to manage this problem based on his flawed comprehension of complex data. This complex data will represent a flawed comprehension of a brutally hard problem. Therefore, the scientific community’s first order flaws interact with Joe Biden’s second order flaws to form the warped data that will feed the managerial process.

The managerial process contains its own flaws. So warped data informs a flawed process to produce disastrous policy. Global Warming may not really cause inflation. It certainly set a cat loose amongst some really vapid and moronic pigeons. Absent common sense, who could have ever seen that one coming? The managerial process throws out common sense. This fundamental failure of Amerikan society allows Global Warming to be a second order cause of inflation.