You People Are Easily Trolled 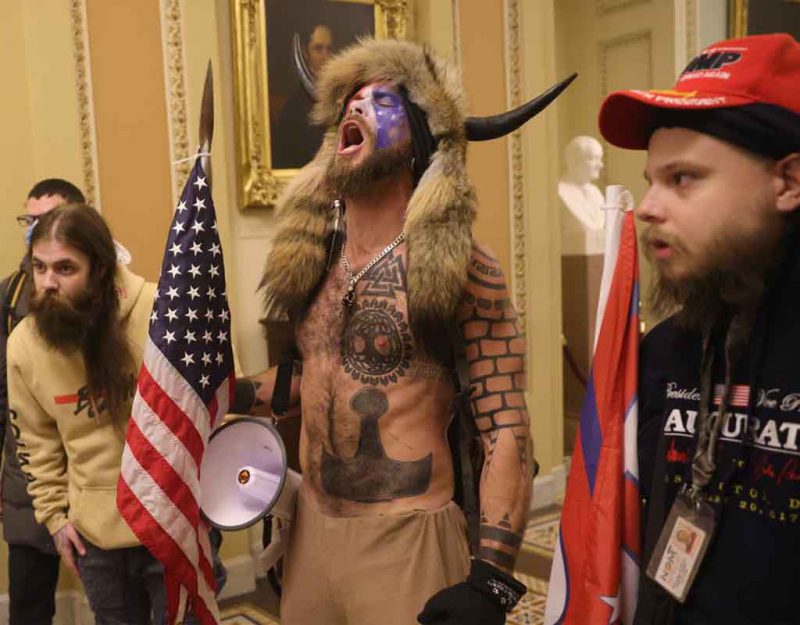 We, on the Right, need to have a conversation about what we actually believe.

If you believe in tradition, culture, faith, and history, then you also realize that mob rule does not work and we need social hierarchy.

That is, we need rank where the smartest/best are on top and the average — your normal human is part-opportunist, part well-intentioned everyman — stays below and follows its leaders.

These are both decision-leaders, choosing the path ahead, and behavior-leaders, in that they set the standard for how people operate.

Right now on the Right we are following herd behavior, which is that every individual tries to use the group for his own benefit.

Not surprisingly, we are in the hands of two groups of grifters: RINOs for the mainstream, and the Stormfront-converged “Dissident Right” for the underground, or those who do not trust the mainstream because they (wisely) do not trust people motivated by profit, fame, and popularity.

The Dissident Right has effectively self-destructed at this point. The Alt-Right brought together people who recognized a few truths: democracy was destructive, diversity was suicide, capitalism made more sense than socialism, and Leftism is a mental health disorder, which includes the RINOs who are Leftists at heart.

They did fine until they started focusing on solutions. No one knew what to do, and the classic answer of “just stop doing the dumb Leftist stuff” satisfied no one because it was not complete. It was just one step of many.

Hint for the wise or those aspiring to be wise: every journey begins with little steps. Your first step has to be the one that gets you off the path to doom, and after that you need successive steps, each one demonstrating that your ideas work and therefore, that you should be able to expand on them.

The Dissident Right committed suicide by accepting a simplistic version of National Socialism simply because it is easy and seems complete to people who are still stuck in the old mentality of having government do everything.

Conservatives, on the other hand, build culture and organic hierarchies, although RINOs as egalitarians oppose that.

National Socialism did not work. Not simply because it rehashed WW1 predictably, but because it was internally insecure. Its economic “miracle” had begun reversing itself, its bureaucracy was stodgy and inflexible, and its totalitarian tendencies reflected the instability of its power.

Neo-Nazis are basically racist Democrats. They want big government to kick out the minorities and give free stuff to Whites to subsidize them, ignoring the long history of subsidies having made our people weak and more likely to cling to government.

They are still thinking in the old paradigm, which involves reducing society to a giant herd of samey people who cling to government and are obedient to the High Command. That is the French Revolution or Genghis Khan ideal.

We have to do better. The type of simplistic thinking advanced by the National Socialists is popular because it is lazy: just patch up the current system to be racist, and all is good. We do not have to even leave our couches and tendies!

Relying on simplistic thinking by historical illiterates leads to domination by unthinking grifters:

I have met very few in this movement who are capable of coherent thought. The stupidity and toxicity of this movement astounds me. So many men in this movement are over grown self absorbed man-children motivated by venomous hatred — that I guarantee will lead to psychological & behavioral issues down the road (among other plights).

They are more interested in self aggrandizement and tearing others down to further bolster their colossal egos than actually addressing the issues. They have no interest in truth, no interest in real constructive solutions, no interest in intellectual growth, they just sit around bitching on the internet while shitting on anyone who disagrees with their asinine ideas and irrational behaviors. They are addicted to negative emotions and entertainment. No matter how “Pagan” or “Christian” they claim to be, their true religion is hedonism. Their true god is pleasure and relative ease, and they claim to care about their people but their behaviors prove otherwise.

They bitch about low birth rates while so many of them are in their 30’s and 40’s and have no children. After all, how can you have children if you are not willing to sacrifice your comfort level? It’s much easier to live like a pleasure seeking degenerate while complaining about pleasure seeking degenerates. It‘s so easy to bitch about women being whores while being a whore yourself. (The cheap momentary pleasures of life never bring lasting happiness. They feel good in the moment but will rob you of the true lasting joys of fatherhood.)

It’s much easier to blame everything on the Jooz while ignoring your own destructive behaviors. So easy to be a hypocrite and not so convenient to walk the walk. I realize how cliche this sounds, but you have to BE THE CHANGE if it’s ever going to happen. Stop waiting for a savior and start being one.

So many shekel grubbing self professed “thought leaders” (content producers) in this movement, who capitalize on the simpletons daft enough to pay them for their mediocre and uneducated musings. Be not deceived! These predatory capitalists and e-whores do not give a flying monkey turd about your well-being.
Be very skeptical of those who make money off super chats etc…

I am not writing this to say “Look how good I am” or to insinuate that I am somehow “superior” to everyone else. I have my own strengths and weaknesses. But I have at least been attempting to set an example.

The Dissident Right have become sad sacks who are offering false hopes, just like the RINOs. This is typical for those who think they are on the losing side of history, since for the past thousand years the West has gone steadily Left.

However, this misjudges our situation. The Left has failed. All of its reforms brought more of the problems they claimed to address, and normal people now no longer support more Leftism, even if they do not actively oppose Leftism.

The Right get easily trolled because they do not know this, and therefore depend on the Left to define the situation for them.

A case in point might be the January Sixth “insurrection.” Trump told people they had to “fight like Hell,” which in his language means get ready for a protracted legal, political, and economic battle.

A group of well-meaning libertarians, led by FBI informants like most of the Dissident Right, staged a protest outside the capitol.

After meeting his fellow Proud Boys at the Washington Monument that morning, the informant described his path to the Capitol grounds where he saw barriers knocked down and Trump supporters streaming into the building, the records show. At one point, his handler appeared not to grasp that the building had been breached, the records show, and asked the informant to keep him in the loop — especially if there was any violence.

The use of informants always presents law enforcement officials with difficult judgments about the credibility and completeness of the information they provide. In this case, the records obtained by The Times do not directly address whether the informant was in a good position to know about plans developed for Jan. 6 by the leadership of the Proud Boys, why he was cooperating, whether he could have missed indications of a plot or whether he could have deliberately misled the government.

But the records, and information from two people familiar with the matter, suggest that federal law enforcement had a far greater visibility into the assault on the Capitol, even as it was taking place, than was previously known.

Then the Left trolled them hard: it invited them in.

We may never find out who, but someone gave stand-down orders to the Capitol Police, who then simply stood aside and opened the doors. The Left wanted a Reichstag Fire so it had an excuse for taking over.

Somewhere in there, a mysterious pipe bomber delivered a couple inactive pipe bombs so that the Left could make the leap to terrorism, since their talking point of the day at the time was that there was a White Nationalist terrorist insurrection going on.

That was enough to convince the media, and the media made its case to the fearful out there who tune in to it, and consequently the narrative was written about an aborted fascist takeover of the American government.

This is what happens when you get trolled into supporting grifters. The Proud Boys mean well, but up to half of all people active on the “far-Right” (i.e. farther Right than RINOs, who support socialist style entitlements) are informants for the FBI. It has been this way for decades.

Not surprisingly, they do a ton of damage, almost as if the National Socialists among us were getting trolled by the FBI into subverting the Right with methods straight from the CIA field manual for sabotage:

(11) General Interference with Organizations and Production

(a) Organizations and Conferences

How far can the Right get without someone piping up “bUt wHaT aBoUt tHe jOoz?” or “wHeN aRe wE gOiNg tO tAkE rEaL aCtIoN?” How many times do we debate the same things in circles because the Nazis are not interested in any solution but killing Jews and Negroes?

Right now, the Right is letting itself be trolled by the Left. They call us Nazis, so those who are not RINOs gather behind the grifters pitching solutionless and brutal National Socialism, while the RINOs spend all their time signaling about how accepting they are of diversity, socialism, homosexuality, transsexualism, and other topics popular with people who will never vote for them.

Most people on the Right cannot separate instance from essence. That is, they see the RINOs and say, “Oh, these conservatives are terrible, therefore conservatism is terrible,” instead of simply noting that what they are seeing is a product that pretends to be conservative and does not represent it any more than a Big Mac represents beef or Coca-Cola represents water.

People do not yet oppose, but no longer trust or want more of things like diversity, entitlements, big government, and tolerance. They want one culture, one nation, and for that culture to value the eternal things like marriage, excellence, beauty, goodness, and faith.

Watching the alt-right get hijacked by the usual crowd of life dropouts who endorse National Socialism as a way to seem important in their little worlds was like seeing a Leftist victory. They made us into what they always said we were!

And yet, it seems like the grifter Right is losing steam. No one trusts people who have videos that YouTube has not yet censored. We are starting to see when we are getting pitched easy and complete-seeming but unrealistic “solutions.”

My hope is that we look at January Sixth, see how we got played, and realize that the people who played us are both external and within our movement, and that they do not go away until we reject easy answers entirely.