by Jonathan Peter Wilkinson on February 27, 2018 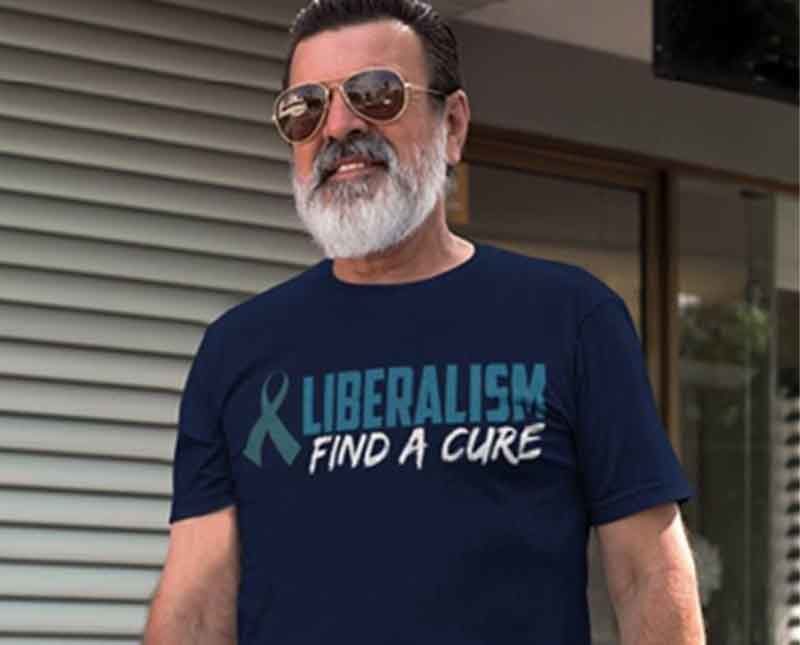 Some things are so obvious than even Fred Nietzsche could noodle them out. He knew he was forked when….

Do we not hear anything yet of the noise of the gravediggers who are burying God? Do we not smell anything yet of God’s decomposition? Gods too decompose. God is dead. God remains dead. And we have killed him. How shall we, murderers of all murderers, console ourselves? That which was the holiest and mightiest of all that the world has yet possessed has bled to death under our knives. Who will wipe this blood off us? With what water could we purify ourselves? What festivals of atonement, what sacred games shall we need to invent?

Well, we will always end up worshiping something. Nietzsche is frequently interpreted as a worshiper of science and progress. I think he knew something more profound: that we were in for nothing but perdition as tradition was ripped from its moorings and then tossed to the wind. But let’s pretend he was as happy as The Gay Science and decided to celebrate. His jubilation would have probably sounded similar to that expressed by Lauren Duca to celebrate the death of Rev. Billy Graham on Twitter. “Have fun in hell, bitch” was one example of her profundity.

Whether Rev. Graham could lead you anywhere much past the water fountain is no longer germane. The cucks waddling in his footsteps towards the pews will not replace him. Amerika will no longer hear his voice. The howl of the void is now our voice of moral direction. We hear that malice as they go back and relook Rotherham. The “authorities” who were too frightened to persecute suspected Muslim criminals now claim there were over 1,500 sexually molested children involved. I’m sure glad they didn’t racially profile or anything. Without any objective standard of decency anymore, some may logically wonder why people are getting so boned in the ear over a few kiddie-rapes. Can’t the hypocrites just go Bible-thump elsewhere?

Absent the context of our cultural history, passed to us through the ages as our cultural religion of Christianity, complaining about sexually molestation rings rather tinny in the ears of the modern walking peripatetic of Amerika. Absent the predominantly Christian moral heritage of the West, people angry over Rotherham are pretty much either just jealous or complaining. It reminds me of this surge of neurotic delirium:

Schools are meant to be safe â€” they are sites of growth and development for young people. Parents should never have to fear that their children will lose their lives to senseless gun violence.

Absent a Christian tendency to look askance at mass infanticide, the average school shooting is just nature’s way of telling Planned Parenthood Action “Hey fvck-ups, Ya’ missed a spot!” Maybe having competition pisses them off. Planned Parenthood, of all people, should feel no shock and surprise in the slightest when the lives of our future generations are treated with reverence we direct towards a nasty bag of medical waste. But hey, impotent concern is now fashionable. The crowd demands we do something. Let’s run an idea up the flag pole and see if they salute with all five fingers, shall we?

So do you want real systemic analysis? Do you really? We donâ€™t need to do anything about the guns. But we do need to do something about all the fatherless boys who are loaded up on psychotropic drugs, administered by the school nurse, and educated by a school system that is prohibited by law from telling anybody what the meaning of life is. That is your toxic mix, and if you donâ€™t want to do anything about it, then you need to stop pretending that you want a systemic solution.

Yet without pretense, the modern Westerner has nothing left. Do something about the problem you say? HAHAHAHAHAH! We already have done something. The school shooting isn’t a prime mover. It is a reaction. A reaction to our society having taken the following decision.

Having taken away God the Father, we have substituted the stateâ€”a ramshackle federal father, if ever there was one. So not only are we idolaters, we are clumsy idolaters, proving it by making a clumsy god in our own image. And we cry out to this idol we have fashioned, and it answers us the way all idols do, with silence.

So God is dead and the Rev. Graham sleeps. Look around and decide if you like all your prizes. The preacher is now silent, but a new sermon sings out of the gun barrels. And afterwards, we can all hear this instead.