by Jonathan Peter Wilkinson on December 13, 2017 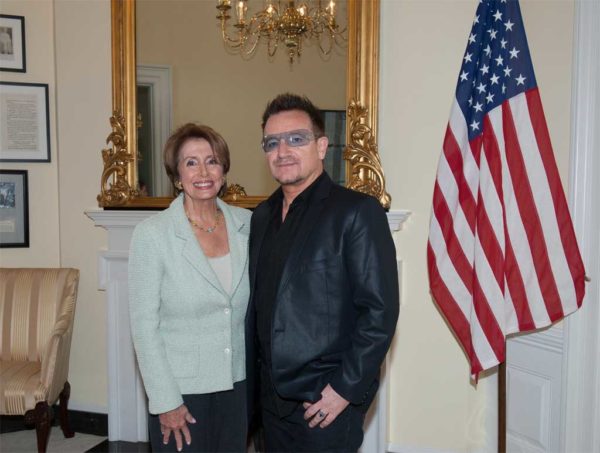 The woman who ram-rodded ObamaCare through the US House of Representatives has an important announcement. And she even might have a point.

Nancy Pelosi hates the GOP tax overhaul, and it is a totally partisan GOP tax overhaul; nary a Democrat broke partisan Sharia to vote for it. It is Armageddon according to the representative of one of the least religiously inclined regions of Amerika. Now Dear Mizz Nancy should relax and try not to get the vapors. If Democrats could actually do something in church other than feel one another up, they’d get to Revelation 21:23 and realize the whole Armageddon thing turned out okay in the long run.

OK, so I’m sh!t-posting the name of The Lord in vain. OK, so was San Fran Nan. But again, she makes a salient point. Tax legislation really gets to the point on some stuff. The whole thing about putting your money where your mouth is has valid verity. Money talks, bullcrap runs the marathon sayeth natural philosopher Nino Brown.

Tax codes reflect the moral beliefs of a society. If you hate the people that make your success possible and seek to savagely bite off the hand that feeds you, than collect your revenue solely through income taxes and wonder why Burger King goes Benedict Arnold and moves to Canada. If you want people to genuinely care less about tomorrow or their children, then by all means take 50% of their net worth via inheritance taxes so they can’t pass it on.

And you get the added bonus of hacking up rural familial legacies and turning them into Levitt Towns. We have the most Progressive tax code in world history. Detroit, Birmingham and Newark wouldn’t be the charming places they are today without the $800bn a year in entitlement programs that these taxes don’t quite collect enough revenue to cover.

Again, I’ll focus in on that Inheritance Tax. It cuts to the heart of Progressive hatred towards traditional landed gentry. Senator Charles Grassley perhaps fatally uncucked and now, like anyone who speaks truth to Leftism anywhere, he needs a faster horse.

Grassley was adamant about the need for change, even if farmers and small business owners represent a tiny minority of estate tax payers. The reason, he said, is as much philosophical as practical. An estate tax effectively and unfairly taxes a personâ€™s earnings twice, he argued: first when they earn it and again when they die. And, he added, it penalizes savers without touching spenders. â€œI think not having the estate tax recognizes the people that are investing,â€ Grassley said, â€œas opposed to those that are just spending every darn penny they have, whether itâ€™s on booze or women or movies.

The Leftists jumped on this as Â¡PROOF! that the senator don’t care about The Poor.™ If only Grassley were more articulate as a spokesman for decent and farsighted ideals. He is discussing the financial equivalent of Deep Ecology. As Deep Ecologists questioned the true values and purposes of environmental arguments, Senator Grassley has challenged the fundamental assumptions and purposes of the tax code. This is definitely something the Progressives would rather have remain “settled science.” But the power to tax is a powerful incentivization machine.

Grassley is proposing that building wealth over time should be the standard financial incentive from a tax code. If the government is going to reach into your wallet, it is going to alter your behavior. The larger and more encompassing the government, the larger and more powerful a goading whip its taxation policies will be. Senator Grassley proposes the long-term husbanding of property and wealth should be rewarded over short-term aggregate demand generation. This sort of profound heresy cannot be countenanced in a progressive society. Wealth that is protected, stored and grown as a fine whiskey is aged, cannot be redistributed on behalf of some whim of the mob. It is antidemocratic to behave with intelligent and measured judgement.

So Nancy took to Twitter in order to perform a condign inquisition.

Just as a Deep Ecologist cannot worship the modern expediency of industry, the Deep Economist cannot coexist in the Progressive Ethos. The Mob cannot coexist with the intelligent landed freeman. The economy demands subservience to aggregate demand. It demands expedient access to the property of those who store their wealth and tend it with judgement and care. The “Hookers-n-Blow” Economy of Modern Amerika cannot endure. It will fail. Its tax code will have to mosquito more and more prosperity from the corporations who will not leave or evade. It will have to destroy the fortunes of more traditional families to pay for the Section 8 Vouchers and EBT Card fills. The Now can never allow for the tomorrow. A tax code for the grasshoppers must defraud the ants. Taxing the income of those who succeed is the only way to feed the life support systems of those who refuse to do what is necessary to uplift themselves.

The tax code favoring fairness and equality is designed to make you equally bovine and keep you all moving down the funnel, towards the abattoir. A tax code that allows families to acquire, maintain and inherit wealth over the generations begins to reward those who invest and nurture their possessions and their children. That will kill the progressive dream of equality. It will promote freedom which is the very antithesis of equality and fairness.

Allow individuals to discipline themselves and the invariable bell curve of abilities and time preference will reassert itself above any scheme of income redistribution or enforced financial equality. Economic opportunity is the death of socialism. And that is why tax reform matters just as much as Congresswoman Nancy Pelosi acknowledges that it truly does. For her, it is the end of the liberal world as we know it. And I feel fine.