Why Geeks And Nerds Will Never Rule The World 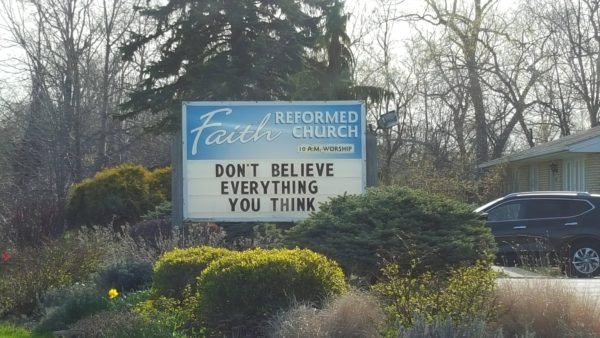 The technician represents the final elevation of human consciousness to a position of control. He wields the new magic, technology, and by his membership in the secret society of those who know how things work, is given power over others, who he views as inferior to himself.

He must constantly assert, for example, how simple certain technologies are. Once you know the principle, you see, it is all very simple. That is, if you have learned all of the background material and tools and are comfortable with the environment, which most people are not. Therein lies the key to his power: he has mastered what makes others uncomfortable, and therefore, his incentive is to make it even more uncomfortable.

As a result, the successful geek or nerd specializes in telling us how simple technologies are while making them as alien, awkward, counter-intuitive and joyless as possible. This protects his secret world in which he is master by driving everyone else out, sort of like a bacteria producing ammonia to ensure that it alone can enjoy a food source that it has poisoned for every other type of life-form.

Through this power — and he experiences it as power — he elevates something other than intellect. He mistakes it for his will, but really it is his personality’s desire for stability. Much as our thoughts tend to ratchet between fully coherent and stable and incoherent and threatening, our personalities contain a mental model of the world which is carefully constructed to assert order and reason to everything around us. We feel a sensation of power (but not power itself) when we are able to control the world in consistency with our model, reinforcing our perceptions and eliminating doubt, ambiguity, risk and uncertainty.

Among nerds, this power is most highly realized — and most specific. They have no power on the playing field, or the battlefield, and most likely not in social circles, but they have power over the secret world of gadgets and how to shape the behavior of others by using them. A nerd can make his gadget lower garage doors halfway so people must crawl under them, call a SWAT team to your house in the night, or delete your credit record. It makes him feel like a King for a day.

The problem with technology is that this mentality becomes infectious. People who work with technology are both exhausted by the sheer weight of tedium and detail-oriented memorization they must undertake, and also possessed of a desire to humble or humiliate others with their power. As a result, they set up illogical models which are deliberately inhuman because this gives the most power to the nerd.

Consider how inhuman our gadgets are — and not in the good way that is emotionless logic:

‘[B]eeps are one of the most stressful noises humans can be exposed to.â€™ She explains: â€˜The human brain is designed to respond to sound. Every time it hears a sound, it is deciding whether there is a danger, or whether this sound is something you need to pay attention to, and how to react.

…Lisa says that single tones, such as beeps, are called tonal sounds and â€˜go through our brains like a laser beamâ€™. They are difficult to ignore even when not very loud.

â€˜Not only might the brain not easily understand what the sound is, it also finds it hard to tell where the sound is coming from,â€™ she adds. â€˜This causes the release of stress hormones.â€™

Who on earth would design something in this way? Let us return to the heart of geek power, the laboratory.

There, all is divided into procedures. The procedure for using a microwave, for example, is that the user reads the manual, inserts food, and then goes to sit in a rest area until it is done. When they hear the beep, signifying that the food is done, they return to the laboratory test kitchen and extract it from the gadget, then eat it right away.

The nerds who run the department have a concern: what if the person becomes distracted? Well, we had better make the device beep every fifteen seconds until they come get the food — because, you see, in our laboratory there is only one activity, and that is using a microwave. Everything else in life is forgotten. We are here to microwave, and so if the user becomes distracted, well, what the heck is wrong with them? Force the idiots to get back in here and get their food. Control their behavior.

It is for their own good, after all. The food might get cold.

But when every gadget is designed this way, soon you have an army of egotistical gadgets who are all screaming for your attention, creating a cacophony:

American research has also found – alarmingly – that staff can become so desensitised to alarms they donâ€™t react in emergencies. Schools have found that pupils also find it hard to concentrate when there is a lot of background noise.

…â€˜John Lewis did some research that found that more than 50 per cent of people wanted their household appliances to be less noisy ,which is why they have just started marking quieter machines with a special â€œQuiet Markâ€ label.â€™

And welcome to the nerd non-solution. Being masters of details, they will never redesign the system from the ground up, so they instead add optional sanity as a luxury purchase item. If you would like sanity with your device, buy this special kind of device, they say, which is like saying, “If you insist on defying our authority, here is a short bus device for you to use so we know you are retarded.”

If nerds and geeks wonder why they get punched in the mouth on a regular basis, this attitude — this pretense, this unwarranted arrogance — could well explain it.

Unfortunately our whole society is based on this pretense: that every action occurs in a vacuum, that humans can control outcomes, and that our superior intellect (monkey howl goes here) enables us to anticipate every situation. This makes us into permanently pretentious, manipulative people with a pathology that insists on subjugating reality to what is mentally convenient for us.

The ancients saw this as hubris, the root form of evil. When mankind thinks he is above reality, the apple that God designates as forbidden becomes a temptation, or an otherwise sane man insists on baiting the gods with knowledge of how he has deceived them. The human drive to feel the sensation of power creates this impetus. The “individualism” commonly lamented in my writings is a form of hubris, one that is inherent to the human consciousness.

When nerds look at civilization, they see something that they can “manage” with rules, incentives and punishments, forgetting that people will not be in a laboratory and will simply change the definition of those things to suit themselves, just like they selectively interpret everything else. Nerds cannot believe life is beyond their control and handy little mental formulations like that.

Now that Western civilization has shown its failure, and democracy being the late stage of that has revealed its toxicity, people go questing for “new” ideas. If they can claim an idea is new, it means they did not overlook perfectly decent options out of a sense of personal pretense; instead, they have discovered what everyone else did not know, and this makes them feel profound and brilliant.

In reality, the human animal and the questions of civilization — leadership, culture, incentives and non-tangible goals — have been known for nearly 6,000 years. Nothing is a mystery. The only question is whether we accept life for what it is, and adopt the time-honored practices that have always worked best, or keep looking for novelty in order to flatter our pathological need for the sensation of power.

The Trump / Clinton Debate | The Modern Cycle Of Dependency And Dysfunction