Why Brian Laundrie Should Stay Hidden 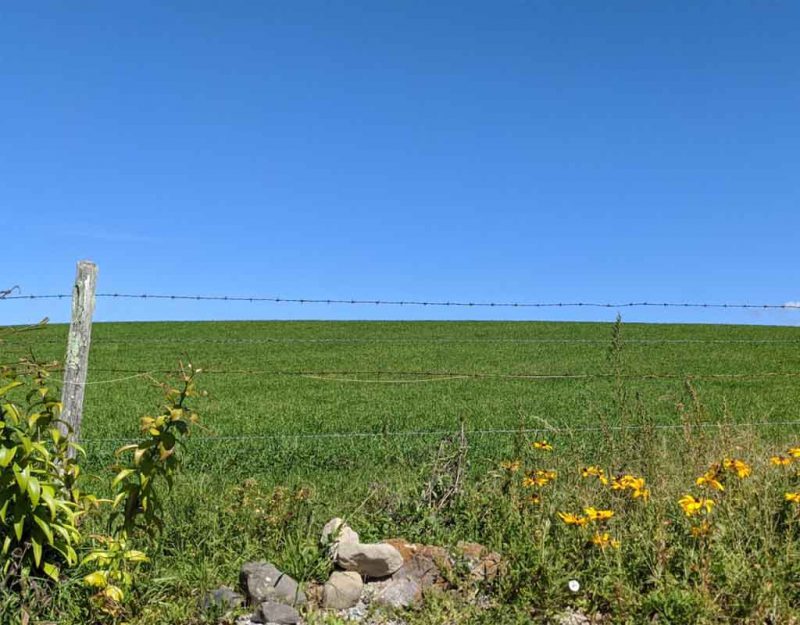 Apparently America is freaked out because after his girlfriend went missing, Brian Laundrie decided not to cooperate with police and has now gone into hiding.

He is doing the right thing: when the herd attacks, it does not care for the facts. It wants blood. It wants to sacrifice a new victim to the blood-god of denial, which means the illusion that our system is working except for a few bad people who are making it fail.

If they can nail Brian Laundrie to a cross, the clucking hens will go back to comfortable sleep instead of worrying about whether we are all leading a life of insanity.

After all, Brian Laundrie and Gabby Petito were simply following a trend themselves, “van life.” They got in a van and decided to drive across the country. Somewhere on the West Coast, Gabby went nuts:

“It appeared that this incident was more accurately categorized as a mental/emotional health ‘break’ than a domestic assault,” an officer wrote in the report.

In fact, authorities believe that Petito was going insane:

According to the court filing approving the warrant, the court clerk said there was probable cause Petito was “unable to care for herself due to her increased anxiety,” which created exigent circumstances that would warrant the search.

In other words, she had some kind of tantrum and raged at Laundrie to the point where they had to be separated. Since no one gave her a good spanking, which most people deserve anyway for being conceited solipsistic brats, she most likely continued that path.

At some point, she wandered off and died for some reason. At least, they have found a corpse that they think is hers. Now we are wondering what the heck happened.

Police want to haul Laundrie in without a lawyer and get him to tell them his story, which is most likely, “We kept having fights, so when she slept with another man or made a break for it at the rest area, I just drove off.”

He knows that the herd wants blood. These are the same people who opted to crucify Jesus H. Christ instead of a bunch of robbers, remember? The same people who approved that immigration act in 1965, and wanted free stuff?

The herd is comprised not only of morons, but together, it is a mighty moron. People in groups have no accountability. Ask them: “Well, the group decided…” — oh, I see; the blame attaches to the group, not everyone who made the decision.

Collective punishment and collective reward mask the real issue, which is collective non-responsibility. Individuals, acting individualistically for their own benefit at the expense of the group, decide collectively on an illusion, and then when it goes wrong, they skip away, blaming this abstraction, the group. This happens every election.

When someone points out that this herd-rule is not doing so well, they find a scapegoat. The Rich are the most common target, since it’s easy to blame the few people doing well when most people are mentally muddled and therefore not only not successful but have nothing else but their jobs and shopping to show for their lives, but people also like to blame the Jews, Scott Peterson, the deplorables, the Whites, and of course, Brian Laundrie.

My guess is that Laundrie pulled a fast one on law enforcement, who are looking to individualistically advance their own careers by quickly finding a plausible suspect and arresting him so that the herd can go back to sleep.

He drove to a national park and then drove back home:

Laundrie and his family were not cooperating with police until last last week when the family told North Port investigators Brian wandered into the 25,000-acre preserve on Tuesday with a backpack and they have not seen him since. North Port Police, with the help of other law enforcement agencies, searched the preserve over the weekend with no results.

“We’re going by the family’s word this is where the family said he was going,” Taylor said Sunday. he also said that Laundrie’s relatives only talked with police about the whereabouts of Brian, not about the disappearance of Petito.

Laundrie’s Ford Mustang has been recovered, with investigators believing his parents may had driven it from Carlton Preserve back to their house.

If I were Laundrie, I would have driven to that national park and pitched my phone as far as I could into the most tangled undergrowth, then driven back home and gone to crash in the basement or garage of a friend nearby.

Let the media hype die down and the herd relax, but let your life come back. If you know you have done nothing wrong, definitely do not speak to the police without a lawyer, and in fact, do not cooperate at all. Let them make their case.

Their main goal is to get him into the interrogation room. “I see that at first you said you ordered room service on the 24th, but in fact it was the 25th. We’re going to tell the press that we caught you in a lie.”

In fact, they just about confirm this: if you make statements that turn out to be wrong, you can be charged as an accessory:

We also know Laundrie’s parents belatedly spoke with police on Friday night. If it can be shown that they were not fully forthcoming or lied, they could be charged with everything from false statements to obstruction of justice to additional accessory crimes.

The media hype does the rest. Just ask Scott Peterson, who was convicted based solely on the fact that his wife’s body popped up where he was fishing, which turns out to have been the closest marina. Law enforcement announced his presence there during the early investigation, so anyone possessing the body of his wife knew they got a free kill if they just dropped the body there. The herd lunged for Peterson, and only later is considering whether it had a case at all.

We are floating in a thin veneer of illusion on top of a system that is corrupt by design. Herd-rule does not work; it victimizes the innocent so that most can remain in denial. This is not moral, nor functional. It is a path to death.

The cops keep looking for something that can pin Laundrie for this killing, but they are really conducting trial-by-media, which is done by them taking random actions and then issuing inconclusive but ominous statements to direct the Crowd to attack the outlier:

The FBI executed a court-authorized search warrant at North Port, Florida home where Brian Laundrie lives with his parents in regards to the Gabby Petito investigation, officials said Monday morning.

“No further details can be provided since this is an active and ongoing investigation,” the FBI said.

The search comes after a body “consistent with the description of” Gabby Petito, the 22-year-old woman who went missing while on a cross-country road trip with her boyfriend, Laundrie, was discovered in the Bridger-Teton National Forest in Wyoming.

A cause of death was also undetermined.

All we know is that the two went cross-country in a van; they had a fight and were separated; some time after that, neurotic and narcissistic Gabby Petito went missing.

Something bad is afoot, and each moment that we have no answer, the Crowd gets nervous. Could herd-rule be failing?

The best way to do this is to do what they did with Scott Peterson: get the guy to cooperate, then leak out what he said in order to make him look bad, and then get a jury — driven by media hype and instant celebrity — to put him down.

Cops get promoted. Politicians get re-elected. Voters go to sleep.

In reality, Petito’s death most likely came about through social dysfunction. Either she was neurotic enough to self-destruct, at which point equality itself is called into question, or she ran into a predator who we will only catch twenty years from now and only if there is good DNA evidence, which given two weeks in the desert, there most likely is not.

At that point, the cops and politicians will be retired. No one will remember. They will sit on their pile of money and say, “Well, that’s how it goes sometimes. Remember, all of you voters were OK with this.”

It will be swept under the rug.

Laundrie and his family know how this plays out. Their best bet is to stay off the radar as much as possible until the hype dies, which usually takes about two weeks. However, if any “new” information comes out, like statements from Laundrie, this period gets pushed back another two weeks.

The only way to deal with a herd attack is to recognize that the herd are bullies. Do not apologize, do not cooperate, and do not engage. Tell them to take a hike and then make yourself scarce.

If I were Laundrie, I would grab all my cash and go live somewhere that is not immediately suspect. Pick a friend you trust, live in his basement for a couple months, and wait for the hype to die down.

In the end, the cops will come up with a statement of the facts: they know she was in a certain location, and then they found a body in another. They may have DNA evidence, or not.

Most likely, Petito ran off into the woods on her own, had another tantrum, slept with someone else, or did something else to cause Laundrie to drive off. He figured she would buy a bus ticket home.

Possibly, he got tired of her and killed her, but nothing in his past suggests this. Then again, if she had a modern person tantrum and ran off to sleep with someone else, perhaps he decided to end her.

We have no proof. Everything right now is conjecture. That uncertainty alarms the herd, which tells you that everything about this dying society is uncertain, and people live in everyday terror.

We are all Gabby Petito. Just not in the way that media wants you to think we are.