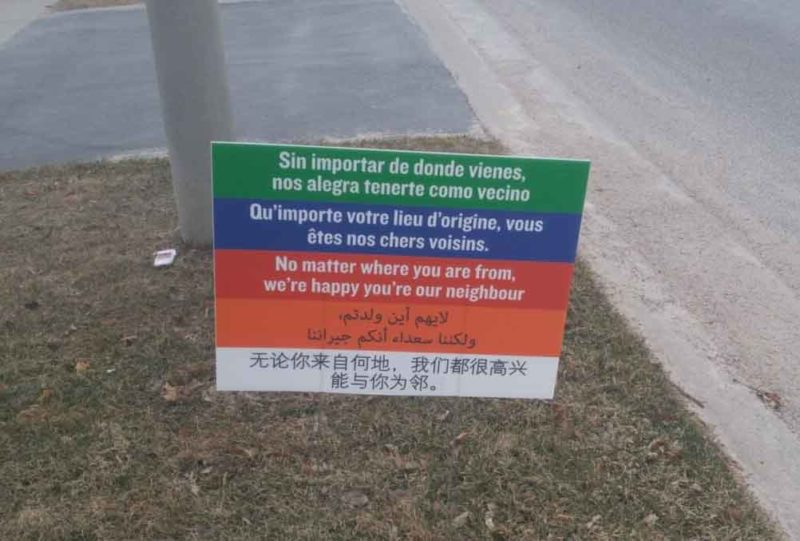 Clever groups often rely on their understanding of the world and its parts in a static sense because they are focused on addressing its complexity; this leads them to ignore time, and the obvious implications and reciprocal effects of any action, because those are outside of the systems they take pride in understand.

White people demonstrate that they have an inability to understand basic concepts like equality, diversity, democracy, and pluralism because they are so focused on implementation that they forget consequences of multiple levels over time. We can see this at work in any discussion of diversity.

Take, for example, this conservative writer who is shocked to discover that diversity means replacing white people especially in roles formerly designed for them:

“Diversity” has come to mean that minorities must be in every television show, even remakes of ones that never had them, even remakes where the cast had to be white by reason of family relations. If Dallas or The Godfather was remade today, a third of the cast would have to be black or Hispanic, and we’d be treated to Marlon Brando’s character harping on the joys of adopting so many children from the Third World and raising them as his own.

Let us think through the implications of diversity: instead of having one ethnic group comprise the population of a nation, we have a nation-state or “proposition nation” united by ideology and economics. This means that all groups must be included.

That in turn creates the classic equality bias. The founding group does not need equality, but our ideological imperative (play a Soviet march here) is to “bring up” other groups much as we “raise up” impoverished individuals. This requires dogmatic, doctrinaire, and fanatical action at every level.

This means that it is not just acceptable but mandatory to penalize the founding group or successful people for not requiring a subsidy. They are already in power, so they are the sacrificial lamb that will be cut up and redistributed to those who are not in power. Wealth transfer, socialism, unions, and affirmative action work the same way.

White people thought that diversity meant that other groups were welcome to come here and thrive on their own. The neurotic ones looked forward to abolish race itself, another social engineering project to make Utopia through equality. Most, however, thought that life would go on as before.

In the same way, most white people thought that lower classes demanding more representation and wealth meant that those people would rise out of poverty and be happy. Instead it meant that the lower classes staged violent revolutions, democide, and created totalitarian regimes.

No human concept, when applied to reality, resembles its original idea except those based on reality. If you talk about planting more forest, you get a forest; if you talk about making people equal, you end up going to war against the exceptions so that the remainder feel good about their situation.

White people lulled themselves into sleep during the 1990s because it seemed like the economy was doing well and generally, most voters care only about that. With the Clintons in the White House, pro-diversity initiatives accelerated as did affirmative action.

Twenty years later, the products of that changed educational system and social environment elected Barack Obama. This was considered by most to be the ultimate diversity success story: a black president, which Hollywood had preached for several decades.

Instead of the paradise of racial equality and tolerance, white people found arrogant minorities assuming that they had “won” and therefore, were entitled to free stuff from white people who would be kept in permanent tax-and-spend slavery.

The Trump/Farage revolution fought back against this assumption and resulted in the polarization of people in the West into two groups: those who believe the narrative, and those who recognize that it is not just realistically incorrect but fatal to civilization.

In the same way, people awakened to the fact that affirmative action means that minorities must be hired and cannot be fired, so there are lots of minority people driving around expensive cars and doing nothing all day while collecting a salary for it. In their minds, they rationalize that as “social justice.”

Now the narrative believers continue to push their agenda of diversity, pluralism, equality, relativism, class warfare, wealth transfer, democracy, Leftism, and other variations on egalitarianism, which is itself a disguise for the “me first” hubris and individual of that group of resentful neurotics.

As the cultural elements of this pro-diversity jihad appear, white people are finding themselves shocked to discover that diversity is not as advertised. Really, however, it was merely misunderstood by the target audience, the middle class white people who were the mark in this con.