When The Music Stops, You Get Replaced 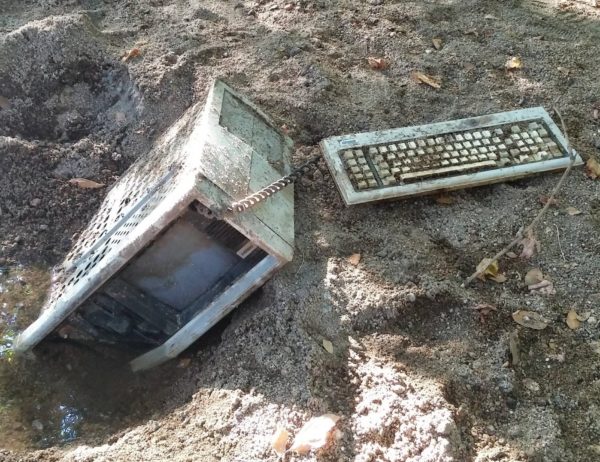 Does anything noteworthy ever happen in Wyoming? One might not expect it, but that’s where the developed world’s central bank executives met a few days ago, to discuss how to address a problem they’re struggling to find a solution to: The lack of any response to all of their attempts to revive a dying economy.

Two different policies were proposed: Fiscal expansion and increased immigration, the latter particularly for Japan. These two policies are meant to get the economy to start growing again, now that it’s clear that quantitative easing and reducing interest rates are insufficient to achieve the desired effect.

One can be forgiven for questioning why the economy needs to grow in the first place. The answer to this question is that the developed economies have saddled themselves with a variety of obligations to fulfill. These nations have large debt loads, as well as a variety of entitlement programs that people expect to receive money from when they retire. The problem with debt is that it’s easier to pay a debt back when your income is growing. When your income declines, it becomes difficult to pay back your debt.

When it comes to the two policies proposed, a short explanation will suffice. Fiscal expansion is a word used to mean “spending a lot of money by increasing the national debt”. This of course, is just another way of passing the buck to people in the future. They’ll be faced with even higher debts, but we will reap the benefits in the form of an economy that’s more active because we decide to borrow from the future. And as debts in the future will be higher, they’ll be forced to figure out some way to keep the economy growing too.

If this wasn’t insidious enough, consider the suggestion of immigration as a measure of last resort. The idea here is that the main problem the economy faces is a lack of demand. When more people enter the nation, all those extra people will need to be provided for. Every new family needs its own house, couch, television, refrigerator, school to send the children to and all the other requirements part of the Western lifestyle. As a result, manufacturers can continue to peddle their wares and keep their workforce busy.

If you haven’t noticed yet, there are similarities here with pyramid schemes and Ponzi schemes. Participants are paid money that wasn’t genuinely earned. To keep the system going, new participants have to be sought. There is also an underlying unrealistic belief in very high rates of return in the future, as our policymakers seem convinced that this era of low economic growth is temporary and will come to an end through their intervention.

What has happened here is something far more troubling than the idea of a conspiracy: The law of unintended consequences has struck. In the 19th century, upper class and middle class Britons figured out that the cost of raising a child and sending them to out to be educated was very high. It was similarly undignified for your daughters to work, so until they married they were a financial burden on your household. To preserve their economic position for the next generation, they decided to limit the size of the next generation. The working classes, with no social class to lose, didn’t bother restricting their fertility.

As progressives took power across Western Europe, working class citizens were emancipated and found themselves faced with a comfortable existence. Child labor was made illegal, children would now be sent to school. This turned children from a source of income into an economic burden. Because you would now receive a pension in old age, you no longer had a need to have a lot of children. The incentive to reduce your fertility had spread from the upper classes to all except for the underclasses and a handful of religious fundamentalists.

When it became too expensive for us to produce new humans to replace ourselves, we embarked on a radical new solution: Import people from other countries to replace us! For someone in Somalia or Morocco to raise children to the age of eighteen that spend their days herding goats requires a lot less investment than it does for people who have to send their children to daycare, speech therapy, school, a hockey club, a class trip to an amusement park and a child therapist. To “outsource” reproduction to the third world starts to make financial sense.

Those programs we set up for the elderly similarly proved quite difficult to deal with. Back when we introduced them, a fair share of people never even reached the age of 65. Medical interventions soon allowed us to extend most people’s lives to the point where their bodies and minds become frail. It might be possible to extend our life expectancies by ten years, but extending the period during which we can be a productive member of the workforce by the same amount of time has proved more difficult. As a result, an obligation emerged to keep the economy growing. The elderly became a Moloch.

Escaping this predicament has proved difficult. Western Europe and the United States have already succumbed. Japan managed to hold back the tide for a long time, but now their failure to grow is starting to threaten to take down the whole economic system. Attempts to address the underlying problem have been made. Japan has consistently sought to increase its fertility rate for decades, but nothing worked to stop the slump. Thus they now find themselves faced with no other option.

The resistance Japan and South Korea put up against mass immigration is stronger than that in Europe and the United States, but it seems inevitable that they too will import millions of people from third world countries to prop up their stagnating economies. Having learned from Europe’s experience, they will probably look for non-Muslim migrants, perhaps from the Philippines or India. Propaganda in the media and the education system will serve to normalize the experience of being replaced and to place a stigma on those who find it upsetting, just as it does in the West.

This is what I would refer to as the technological trap: You start out with steam engines and spinning jennies, you end up handing your country over to the third world. It’s easy to come up with a variety of scapegoats, but the reality remains the same: We failed to anticipate the long-term consequences of the societal changes we implemented, so now we pay the price.

The Evil Emperors of The Amerikan Empire II: Lyndon Baines Johnson | The Alt Right Needs To Double Down