When the Laughing Stops 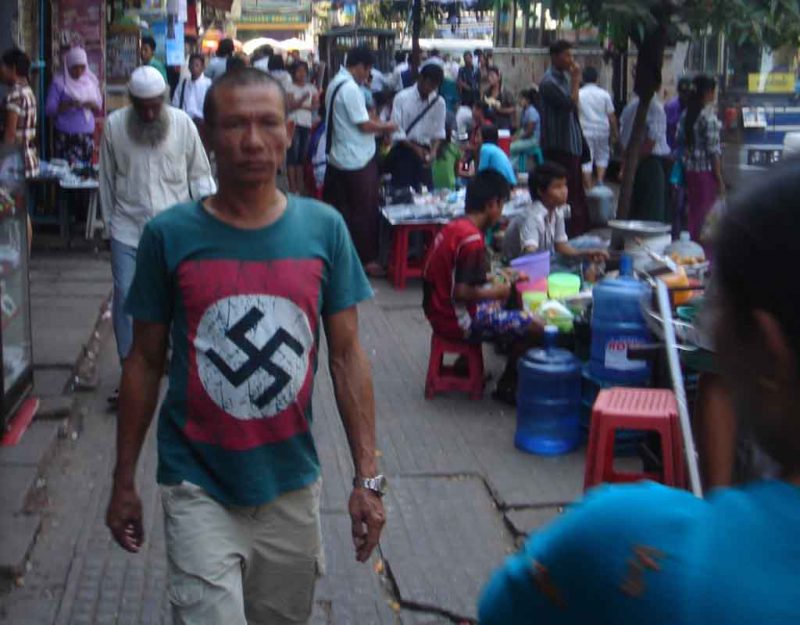 Humor papers over a lot of rough things. Shakespeare famously attributed medicinal powers to a good, heartfelt laugh. Watch old Game of Thrones scenes on YouTube and there is Tyrion Lannister saving himself from being shortened even further by a head with some clever quip delivered with the skill and rhythm of Steve Martin or Richard Pryor. Laughing allows a lot of things that are metastable at best to avoid going Hindenburg.

Defining what “funny” means is no mean task. An entire branch of Aesthetic Philosophy approaches what makes a good joke elicit that good, hearty medicinal laugh from the gut. The funny guys make it look easy. Yo-yo Ma does the same with a cello. Sit down for an hour and give it a try.

Thinking about a joke kills it. If you’ve ever had to explain your humor to someone so they could “get it,” then it probably wasn’t one your well-struck creations from the humor forge. As close as I can get to a recipe for humor involves a courageous radical honesty, a clever sense of linguistics and physical appearance mixed in well with an impeccable sense of timing. A healthy leavening of intellectual firepower helps. You have to comprehend both language and truth to weave them into the kill shot joke. A funny human being is a talented one indeed. An innate sense of humor is a gift from God.

So what happens when some of these necessary but not individually sufficient ingredients are no longer on the menu? It’s not good. It’s not good for Tyrion if he doesn’t want his head up on a pike. It’s not really good for organizations who don’t want to rot and become converged or demotic. Matt Tiabbi opines that it won’t help an ideology become as messianic as it believes itself to be.

…the political right and left in America have traded villainous cultural pathologies. Things we once despised about the right have been amplified a thousand-fold on the flip. Conservatives once tried to legislate what went on in your bedroom; now it’s the left that obsesses over sexual codicils, not just for the bedroom but everywhere. Right-wingers from time to time made headlines campaigning against everything from The Last Temptation of Christ to “Fuck the Police,” though we laughed at the idea that Ice Cube made cops literally unsafe, and it was understood an artist had to do something fairly ambitious, like piss on a crucifix in public, to get conservative protesters off their couches. Today Matt Yglesias signing a group letter with Noam Chomsky is considered threatening. Moreover a lot less than booking a Robert Mapplethorpe exhibit can get you in the soup – a headline, a retweet, even likes are costing people jobs. Imagine how many movies Milos Forman would have had to make if Jerry Falwell had been able to get people fired this easily.

Tiabbi, an intellectual and ideological mystery-meat; who despises tradition and propriety the way slugs hate getting dropped in the salt shaker, has discovered that his fellow Leftists are the ones that now harsh the mellow. They remind him of that teacher we all had to deal with at some point of Middle School. The hatchet-faced, old prune-juice squeezing that thought all your stupid fart and sex organ jokes were demonic rather than standard fare for the average 11-13 year-old boy. Tiabbi hates Mrs. Prune-Juice, I hate Mrs. Prune Juice, and we all hate Mrs. Prune-Juice. Go homeschool instead so that the local district can no longer justify her slot on the payroll.

But then Tiabbi crowbars up another whole layer of what has befallen his beloved dream of what the Left could have been.

Courageous Conversations even teaches that “written communication over other forms” and “mechanical time” (i.e. clock time) are tools by which “whiteness undercuts Black kids.” The notion that such bugbears as as time, data, and the written word are racist has caught fire across the United States in the last few weeks, igniting calls for an end to virtually every form of quantitative evaluation in hiring and admissions, including many that were designed specifically to combat racism.

So this all is just a joke, amirite? Apparently not. The lower the IQ, the less able people are to get the abstraction behind mechanical time. Never mind that evil honkey devil Huygens who I blame personally for the alarm clock next to my bed. People that no longer get the joke, no longer get too many other things either. If time, data, and literacy are !RACIST!, then I’m not sure how well we’ll all do with that radical honesty. Once the smartest thing you can still say is “durrrrrrr”, then communicating deeper truths might even take a while. It may not even happen.

The loss of humor is a symptom. It is a sign that we are losing the brains to get even the most rudimentary of jokes. This implies the loss of much more than a few good chuckles at the expense of life’s absurdities. I remember the odious, disease-laden queefs of some Lesbian Blackity-Black who wanted all old White Males out of the Mathematics Department at Hawai’i University so that she and her colleagues could munch turf at the Y during department meetings or something. Her name was Piper Heron, and she was just so D-U-M Dumb that she couldn’t understand that she was too stupid to continue maintaining all crap that she wanted to steal.

Eventually, people that can’t laugh get given some really good reasons not to anymore. They are not able to compete with reality. They lack the friends to help them because they’ve cancelled all the ones with any brains. The joke, you could say; is on them. Eventually, the cost of that level of stupidity ranks right on up there with the cost of evil or socialism. It all leads to the same untenable equilibrium. Then one day, maybe the levee breaks and the flood of consequence quashes all petty vainglory and consumes the wormy hordes of parasites in a glorious Darwinian Flush.

That, not the pseudo-intellectual consanguinity of Adam Schiff to Michelle Bachman is the real enemy at the gates here. It’s gotten past all that boring Right v. Left stuff once the morons are too dumb to even still keep straight which is which. No to cut up or joke around here, but the barbarian eventually stops laughing, and then things really stop being funny (or maybe even survivable). Take it away one more time for Satan, Jimmy Paige.