When A Civilization Just Gives Up 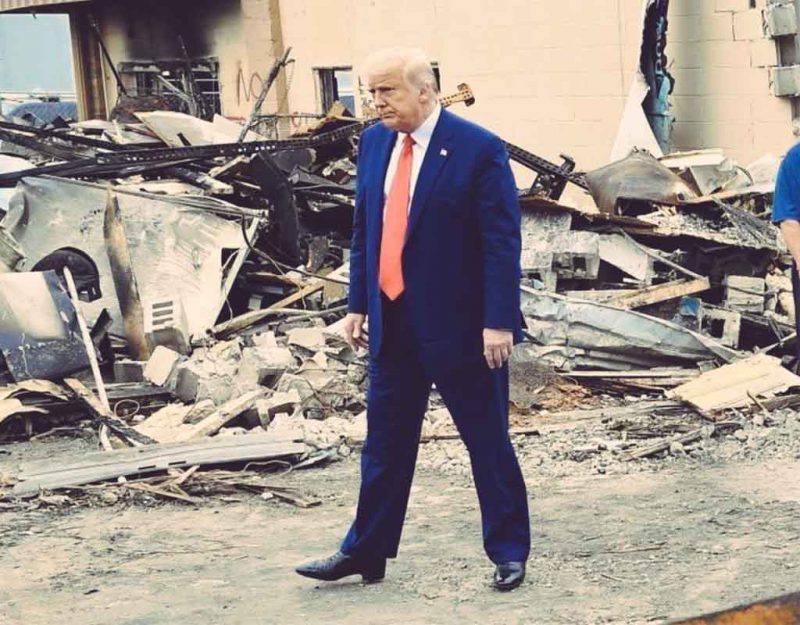 Have we come to the end of the line? For the current System, it appears so. The outbreak of incompetence during the COVID-19 pandemic, the continued prole race riots, and general breakdown of an ability to produce anything of importance suggests doom written on the wall.

Even further, we find ourselves in a dead-end cycle. We cannot fix any of our systemic problems; conservatives recognize that this is the case because Leftist “solutions” just make more of these problems. Therefore, each fix just makes the situation worse.

These things are surmountable, if we can summon the energy to confront the dark truths about things and start working on solutions. However, that energy may be lacking, since people are fundamentally unsatisfied by modern life:

In The Last Man, the under-discussed addendum to The End of History, Fukuyama took his intellectual cues from Nietzsche rather than Hegel, observing that “it is impossible to complete our present discussion without refer­ring to the creature who reportedly emerges at the end of history, the last man,” a creature who is, “in essence, the victorious slave”. With all his demands met and material wants assuaged, will the last man be content at last, pausing the endless revolving wheel of history?

“Left to themselves,” Fukuyama asks, “can those stable, long-standing liberal democracies of Europe and America be indefinitely self-sustaining, or will they one day collapse from some kind of internal rot, much as communism has done?” Beyond the demands for absolute equality, freedom from want and overarching authority which underlie the politics of liberalism, Fukuyama contends, “lies the question of whether there are other deeper sources of discontent within liberal democracy—whether life there is truly satisfying.”

In other words, when more of your life is taken over by a System that eliminates conflict, you have nothing for yourself, no struggles to solve or choices to make that reveal (mostly to you) what you are made of.

Even more, you are constantly distracted by the heavy upkeep of this society, starting with jobs and red tape but extending to empty social interactions where people complain about non-problems like “inequality.”

With nothing real to accomplish, people turn toward an impulse to destroy, but in order to avoid becoming social pariahs, veil it behind altruism. This creates a manic need to scapegoat society for their own problems and to “solve” them through violent revolution:

It is a regime that, without exaggeration, threatens not just greatly heightened suffering for the masses of humanity but the very existence of humanity itself, through its intensified moves to further the plunder of the environment and its boasts of unequaled weapons of mass destruction and its blatant declaration of willingness to use those weapons, including its massive nuclear arsenal.

I have also emphasized that it is this system of capitalism-imperialism which, through its “normal workings,” has brought forth this fascism, and that no fundamental change for the better can be brought about under this system, and instead this system must be overthrown and replaced by a radically different and far better system, in order to abolish and uproot all relations of exploitation and oppression, and the violent conflicts they give rise to—all of which is built into the foundations of this system and its ongoing functioning and requirements.

Human civilization may be most fascinating because it fails when it succeeds. A few people get out there and solve the basic problems, leaving everyone else with nothing but jobs, apartments, and empty social lives.

This creates an ego depletion effect where people find life unsatisfying, but have no means to express this, since most are inarticulate and communicate only through images. As we know from past research, ego-depletion leads to rage:

The research reinforces scientists’ understanding of the “ego depletion effect,” which suggests people who must keep their emotions bottled up — not reacting to a difficult boss at work, for example — are more likely to act aggressively afterwards — by yelling at their children, perhaps.

Subjects in the experiment who were deprived of sleep before watching the scenes reacted no differently than those who were well rested. This suggests that fatigue does not make people more aggressive, as some previous studies have suggested.

“Our research suggests people may become more aggressive after they have to control themselves,” says co-author Arthur Markman, a psychology professor at The University of Texas at Austin “Whatever psychological mechanisms are at work when people deal with stress and then have to exercise self control later are not the same thing that happens when you’re tired.”

Not surprisingly, this translates into an unsatisfying life being the result of needs which are not met and cannot be articulated, such as a desire for less of a System and more of real life. As Western Civilization comes crashing down from a lack of energy, this rage may be depleting our vitality.

To an outsider, the COVID-19 panic and FLOYD-19 riots will look more like the last gasp of a society trying to correct itself with methods that bring about its misery: heavy on the symbolism and emotion, light on facts, and no solutions in the offering except repetition of what has already failed.