What To Do During The November 4, 2017 Antifa Riots/Protests: Bake Cookies 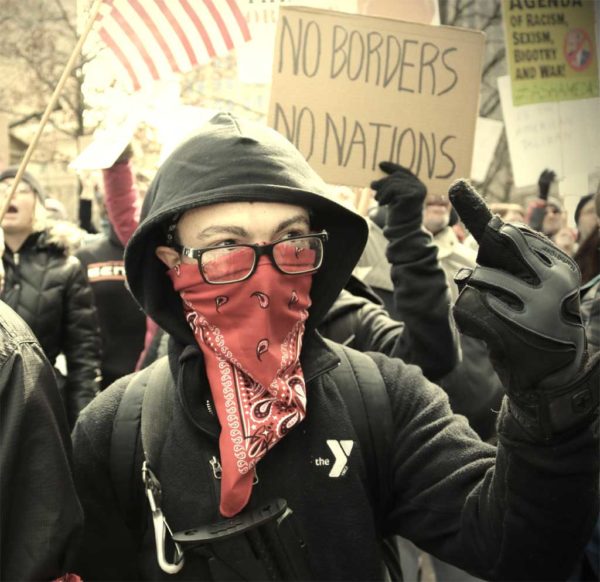 According to Newsweek, the bright Saturday of November 4, 2017 will bring us nationwide protests by the Left which are expected to include the usual mix of Antifa, black bloc, anarchists, Communists and of course regular Democrats, who may or may not be distinguished from the same. Some on the Right are encouraging us to oppose them.

That is probably not the best idea. Antifa like to claim they are “resisting fascism,” which requires fascists to resist, so confronting them merely emboldens them. Even when not confronted with fascism, however, they like to express themselves by smashing windows, looting stores, burning trashcans and otherwise running the gamut from vandalism to violence.

We want America and the world to see that this wanton destruction represents the actual soul of the Left. We do not want to give the Left an excuse to claim they were defending themselves. We want them to be given equal airtime, unopposed, in order to express themselves with whatever deranged destruction they can summon. That reveals who they are; power reveals all of us.

Instead of marching out there with weapons to confront the imagined enemy, because you are in fact seeing a symptom of the enemy and the enemy is an idea, stay home and bake cookies. Play with the kids, brush the dog, fix the leaky toilet, repaint the guest room. Ignore the disaster and let it play out in its glory.

If Antifa threaten your properly, feel free to encourage them to leave with the knowledge that you will defend yourself, family, pets and property. Suggest instead that they go downtown where the capitalist businesses and fascistic porcine babysitters are located. Point out where the good stores are with the luxury goods that Antifa love to loot. Send them on their way with a wave.

The big point is this: an Antifa protest that was entirely peaceful would be a huge win for them, but that is unlikely, so they are depending on you to act out the public drama of Left-Right conflict by showing up with machine guns and opening fire the minute Antifa start rioting, vandalizing and stealing.

This fits the narrative that the media is spinning, and it will quickly omit to mention the early rioting, and run this story instead: innocent Leftists, fired on by sadistic Right Wing death squads, defended themselves by burning down the downtowns of our cities and towns in order to defeat the fascists. That story does not benefit us on the Right, at all.

Instead, we want the cameras to find this more realistic scene: while Right-wingers hang out at the home, smoking a pipe as they wallpaper the room for their anticipated fourth child, the angry losers of Antifa trashed nice places and had a public tantrum that appears unrelated to anything constructive for anyone anywhere. We want them to reveal themselves.

Newsweek points out that, as usual, Antifa will be hiding among the “moderate Leftists” (sort of like a “lite Communist,” one must assume) and then emerge to attack when the Right appears, resulting in the usual conversion from protest to riot that grabs headlines and makes the media happy:

The explicit goal of the November 4 protests, which have been warped into a number of increasingly bizarre, “antifa”-related conspiracy theories by right-wing media, is to remove Trump and his administration from office. In order to achieve that end, millions of people will have to take to the streets of cities like New York, Austin and San Francisco, demanding that the administration step down, organizers tell Newsweek.

…The deluge of fake news stories have led to some people on the far right lobbing violent threats at protesters online. Right-wing militia members have said they will attend the Austin rally to face antifa, for example, leading to concerns about violence from activists.

â€œWeâ€™re not going to back down just because of this,â€ refuse fascism’s Coco Das told Newsweek of the Austin protest. â€œTheyâ€™re counting on people staying home because of fear.â€

Look at how nicely that narrative spins itself: a peaceful protest threatened by violent Right-wing activists. If such violence did break out, Antifa would not own the violence, where if the Right-wingers stay home and bake cookies with their families, Antifa will own its usual spate of entropy and savagery.

If you do anything this November 4, make it the smart choice and stay home to bake cookies. Not only are they delicious, but you can share them with your neighbors as you watch pillars of smoke rise from the consumer businesses that you do not really need. Here’s a recipe for basic sugar cookies:

As the world burns, remind yourself that this present world is hostile to you and all that you value. Antifa is helping to remove it and discredit the Left by revealing their real motivation, which is an impulse to destroy. Your focus is on building the next civilization, having a sane and healthy family, and enjoying life. Stay home and let the Left hang themselves with their own rope.