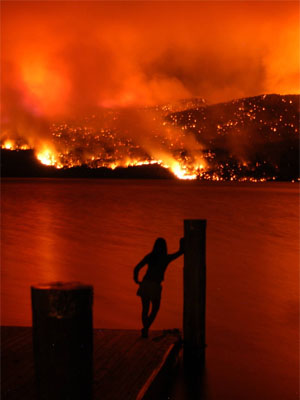 Over the years and centuries, as the failure of the first world to discover inner stability continues, it has become increasingly popular to talk about the “many problems” of humankind. I submit that this is euphemism of the first order.

This species does not have many problems. We have a singular problem, which is dishonesty: we do not talk with intent to communicate about the issues in our world. Aside from all of the possible problems of language itself, or even of different people using different terms, we do not wish for clarity.

For centuries thinkers have assumed that the uniquely human capacity for reasoning has existed to let people reach beyond mere perception and reflex in the search for truth. Rationality allowed a solitary thinker to blaze a path to philosophical, moral and scientific enlightenment.

Now some researchers are suggesting that reason evolved for a completely different purpose: to win arguments. Rationality, by this yardstick (and irrationality too, but weâ€™ll get to that) is nothing more or less than a servant of the hard-wired compulsion to triumph in the debating arena. According to this view, bias, lack of logic and other supposed flaws that pollute the stream of reason are instead social adaptations that enable one group to persuade (and defeat) another. Certitude works, however sharply it may depart from the truth. – The New York Times

When we do not intend clarity, we argue to raise our social status above that of others. He’s wrong, I’m right; pick me. Whether we’re searching for mates, business partners, friends or even conning salespeople into helping us despite the huge backlog, social status makes us “important” and so we get ahead.

This is not to say that all people act this way. In fact, the scientists in the article above are probably wrong. Most people argue to win, while a small minority use logic to find answers. Not coincidentally, a small minority is responsible for most of our discoveries.

However, as the majority tends toward deception, and the majority tends to win out, the human pattern is for dishonesty to triumph. This is probably most intense in societies with higher intelligence people, as the spread between “smart enough to fake it” and “smart enough to know the difference” is wider. This is why the places with the smartest people, like Scandinavia or Germany, are the most internally screwed-up despite their great material and technological wealth.

We are raised in post-1789 liberal democracies, which means plurality is the order of the day. That is to say, those with the most votes make the laws, and everyone else circumvents those laws until the facade collapses. In theory, we all tolerate each other, but in reality no one gets what they want.

We thus experience constant internal upheaval and political infighting. Honesty at the political level is secondary to its source, which is honesty at the personal level. When confronted with information we do not like, we can deny it, choose to stop arguing or discussing it, leave the room or simply re-program our minds to not consider it.

Denial beats conscience. With denial of reality on a personal level, an audience for pleasant lies is created, and they then shower wealth and acclaim onto those who codify the lies as science, law, logic or morality.

Since some date long ago when we lost sight of reality, this cult has been gaining strength. Now few truth-tellers remain. They are buried under a mountain of lies, starting with the notion that we have more than one problem.