Urban Lifestyles Are Killing You And Your Future Descendants 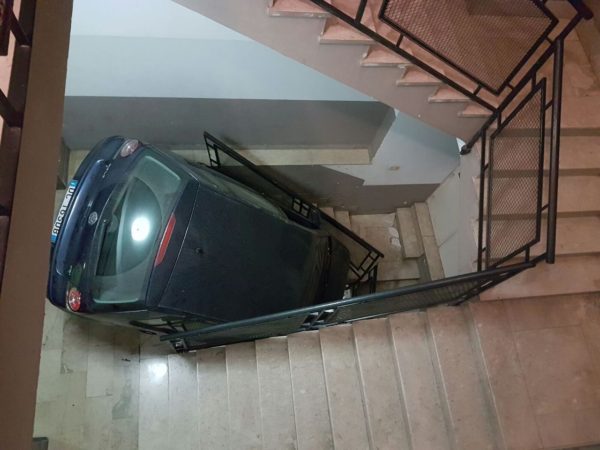 We know modernity is toxic to our minds and souls, but maybe it also negatively affects our bodies? Researchers are finding out that living in nature is healthier than the substitute used in urban environments:

So for the new study, which was published last month in PLOS One, researchers at the University of Innsbruck in Austria and other institutions decided to investigate whether flipping a workoutâ€™s focus and emphasizing its length while playing down its intensity might increase peopleâ€™s enjoyment and, potentially, participation.

…The mountain hiking turned out to have been, objectively, the most strenuous of the workouts. Although the altitude gains during the indoor and outdoor walking had been comparable, peopleâ€™s heart rates had risen higher during the mountain hike.

But, interestingly, almost all the participants reported that the outdoor effort had felt less strenuous to them than their time on the treadmill.

The modern idea of equality amounts to denial of inner traits in favor of using external force, applied in uniform, to turn us into a fungible mass which can be easily controlled.

As part of that philosophy, we pursue utilitarian solutions, or those which are what most people think they think they need. In other words, they are based on a thought about a thought, which only distantly relates to reality.

The utilitarian solution to human living is this: put us all in tiny boxes piled right on top of one another, drive everywhere in cars that generate massive pollution, and substitute for being able to walk around in the open with repetitive workouts in gyms.

As it turns out, these gym workouts are not as good as simply getting out into the world and using our bodies to move over uneven (perhaps even… unequal) natural terrain.

In addition to the inferior circumstances under which we find ourselves in the city, we are subject to all manner of pollution, which comes in two types: (1) outright toxic chemicals that are poisons, and (2) excesses of certain normal things caused by population density. An example of the former would be dioxin or uranium, and of the latter, carbon dioxide, human dander, light, sound and vibration.

Being forced into a dense, unfriendly and fundamentally ugly circumstance like a city may savage our spirits, but it also reduces our ability to reproduce:

Results, published in the journal Environmental Pollution, revealed that night-time exposure to a noise level of 55 dB – the equivalent of a suburban street – significantly increases a man’s likelihood of being diagnosed with infertility.Â

…Dr Lauren Wise, author of the Boston University study, said: ‘Sleep problems specifically have been associated with lower sperm concentrations, total sperm count and per cent of normal sperm morphology (shape), as well as decreased testosterone levels’.
Additional past research revealed that every extra 10 decibels of traffic noise increases a woman’s chances of taking more than six months to get pregnant by eight percent.

Maybe it is sleep, or maybe night-time noise goes hand-in-hand with the other problems of the city, all of which lower fertility through misery and low quality of life.

If lack of sleep lowers fertility, other aspects of utilitarian urban life may also have negative effects. We know that urban life causes inflammation in animals, and that inflammation is linked to the outbreak of cancer.

Perhaps urban life is killing our bodies as well as our chance for having future generations.

But in addition to this, there are existential questions: do people not breed because they feel bad about the state of the country, the species or their own fortunes? Have they lost faith in the human experiment, or in their own people? Or have they become so selfish that they do not care about the future beyond their own personal timeline, at all?

This has long term problems beyond the individual. Low fertility means collapse of society:

According to provisional 2016 population data released by the Centers for Disease Control and Prevention on Friday, the number of births fell 1 percent from a year earlier, bringing the general fertility rate to 62.0 births per 1,000 women ages 15 to 44. The trend is being driven by a decline in birthrates for teens and 20-somethings. The birthrate for women in their 30s and 40s increased â€” but not enough to make up for the lower numbers in their younger peers.

A country’s birthrate is among the most important measures of demographic health. The number needs to be within a certain range, called the â€œreplacement level,â€ to keep a population stable so that it neither grows nor shrinks. If too low, there’s a danger that we wouldn’t be able to replace the aging workforce and have enough tax revenue to keep the economy stable.

While these articles do their best to make their case, a more likely point is this: people are not reproducing because they are miserable, and they are miserable because their lifestyles are miserable and have no purpose, which makes them likely to retreat into personal desires and habits and forget about larger questions like future generations or society.

On top of that, they live in unhealthy conditions which make them likely to, as wild animals do, forget about breeding and instead focus on self-care. It is possible or even likely that our bodies interpret modern life, including the city and the workplace, as a hostile environment and put us into a fight-or-flight mode on a permanent basis.

It is not surprising that the first world is in such crisis, since it took wholesome natural activity and threw it away for the pretense of being “in control,” replacing the useful with the destructive. In response, people are not breeding and choosing to also bail out on any investment in the future of our civilization.

Career Women Learn That Time Will Beat Hubris | Leftists Turn On Jews, Just As Class Warfare Theory Predicted They Would