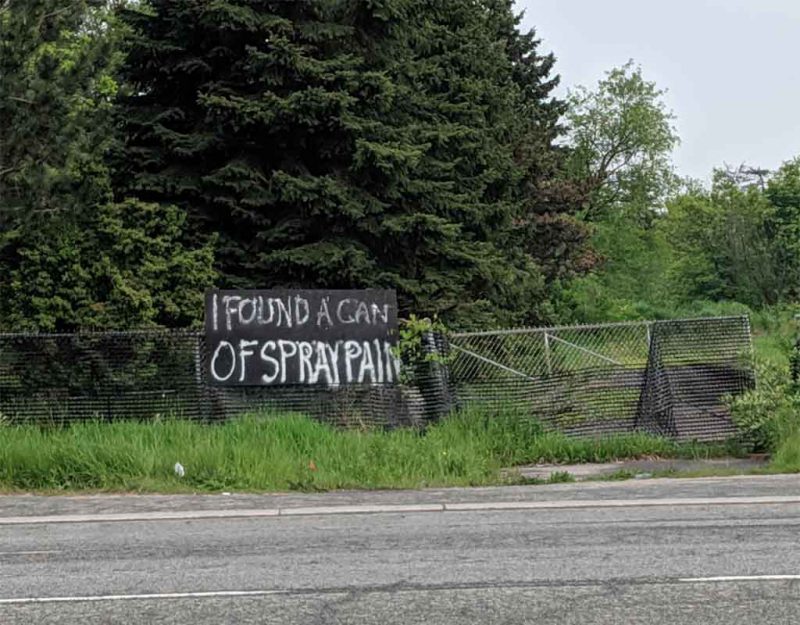 Writers and commentators get famous for being entertaining more than being right. Modern people view such things as part of their leisure time, and therefore they prioritize something emotionally engaging and interesting — even if, or especially if, incorrect — over factual and logical accuracy.

For this reason you will hear lots of things about school shootings, but you will not hear the one thing you need to hear, and so you will have no idea why they happen or how to stop them.

Leftists frequently misidentify effects with causes. For example, they look at high rents and decide that greedy landlords are the problem, ignoring all the things (taxes, regulations, lawsuits, unions) that raise the cost to the landlords, resulting in that cost being passed on to the consumer.

We have never managed to get a glove on drug abuse, school shootings, suicide, and alcoholism because we never look at the actual cause of these things. The combination of misery, boredom, and lack of hope for the situation to ever change brings about these futile acts.

Spree shooters — outside of the political types like Anders Breivik and Brenton Tarrant — do what they do because they see no future for themselves. These acts, following the Eric Harris and Dylan Klebold model, are murder-suicides that the shooters do not intend to survive.

Even the political types accept that their lives will be over. For them, the world is doom and their futures are unexciting, so they — like suicide bombers — want to go out as heroes. It becomes all about the kill count at that point.

Tarrant took this to the next level by filming his massacre in the style of a first person shooter video game. His movements and gestures emulated those that we see in the most popular varieties of this type of game. Now everyone wants to beat his high score of 51.

Ultimately, the political spree killings come from a sense of despair with politics. We are in a permanent impasse after a century of moving steadily toward the Left, since the Left wants to go toward full Communism and everyone else just wants to escape the society they have created.

Even more, no one seems really happy in modern society. Nothing matters; we live for ourselves only. This simply creates existential despair and fear of missing out since nothing really has significance. Did we get the greatest selfie on Instagram? Life has been reduced to the trivial.

Even more, we know our societies are doomed. Most of our leaders espouse outright insane ideas, all of our governments are in debt, we are being ethnically replaced, diversity has abolished culture and turned out societies into big shopping malls, and commerce took over from customs and normalcy.

This world is a wasteland despite its wealth and power, and spree shooters as young people realize that they have no interest in that future. They want to go out on a high note, but be dead, because for them this life is a living hell.

We can summarize their feelings as the state of being unheard. They are screaming out that this world is a waste of time and everyone is miserable, but adults are already vested in the system and so defend it. This means that we refuse to hear the (reasonable) gripes of the budding school shooters, and instead force them to just obey, conform, “work hard,” and become cash cows for the tax base.

Our society systematically refuses to hear any of the most pointed critiques of it, drowning them under a mass culture that is relentlessly shallow as a means of keeping the proles distracted. The unheard and miserable have nothing to lose, and feeling already doomed, make plans for suicide that will take others with them.

Until we address the “living hell” problem of modernity, we will have more spree shooters, bombers, hate crimes, and general vandalism of everything. We have to look at the cause of our dysfunction and when we do, we will see just how miserable we are and why some take self-destruction to the next level.