You see so much stupidity, you want to give up and give in, and then along comes someone to convince you that not every person on earth is a whore.

Mr Stuart, however, says he will not allow anyone to hunt Pearl.

He said: ‘This is quite a rare deer and we want to protect it. We would prefer people to come and shoot it with their cameras.

‘At the moment it is a yearling and doesn’t even have antlers. It is a beautiful animal and we are worried about poachers and people coming to shoot it.

‘While it is on this estate it will be safe. I don’t care how much anybody offers to kill it, I want to preserve it and make sure it has a long life.’

Roe deer, which are native to Britain, have been round for 10,000 years.

Only a handful of white ones have been seen since the end of the Second World. 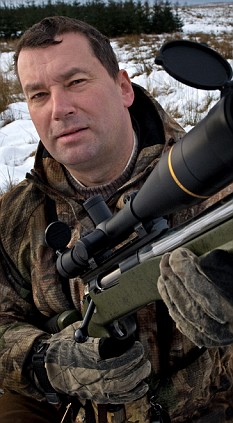 He seems determined and despite the money being offered, isn’t giving in to an ethic of convenience and justifying it with some pretense of individualism.

Instead, he’s trying to do not what is “right” but what is beautiful — preserve a rare creature of inestimable spiritual worth to humankind.

More proof of how destructive plastic waste is | Atomization