This world is designed to make you want to die 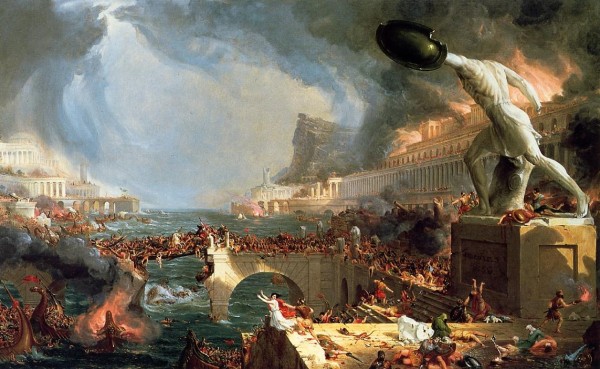 The path of “doing right” often leads to misery. Such is the case with societies that, as they succeed, choose to try to improve on nature through government. This creates a cycle that rewards the bad and punishes the good, resulting in a place that is horrible to live on every level but the material.

On the surface, the modern West is the best place on earth to live. We have material prosperity, rule of law and relative stability on a planet where, as usual, most of humanity has studied how to best screw up and is busy beheading each other. And yet, looking under the surface, a different vision appears.

This society is ugly and dysfunctional. Our needs are different from those of the beheaders, and this falls short. Days are spent in pointless labor that achieves nothing for anyone. Everyday annoyances are a peak because most people are paying little attention at jobs and so most details are botched. This means that people spend hours every week dealing with frustration minor issues and bureaucracy.

Unfortunately for us, the basic problem is that a dying society like ours converts sanity into insanity through the principle of relativity. Relative to what we know, we make choices and pick the best option available, but the options we actually need are off the table. Even keeping the system going, a daily struggle, is insane and yet it is the only option that appears sane.

Let us look at three areas where this world breaks down:

When we speak of the insanity of this time, the above is what we mean, not that iPhones are hard to use or the subway moves too fast. Sanity is destroyed and insanity encouraged. Goodness is persecuted and evil accepted. What was once normal and good has now become rare and persecuted. As a result, daily life is constant nonsense and exhausting bother for anyone with a working brain.

It is not surprising that sane people have abandoned politics, society and public institutions and instead retreat to their living rooms. They have been made irrelevant because insanity rules. Fewer of them are having children, and those that do are investing less effort in those offspring, because they recognize that as long as this society holds power, anything above the mediocre is doomed.

When most people think of “conservatives,” they think of people fighting a rearguard action against the encroachment of insanity. But insanity won. Now we need to think about dissolving our society as it is and replacing it with something that works. Anything else guarantees more of the same, time after time.