The upside of poverty 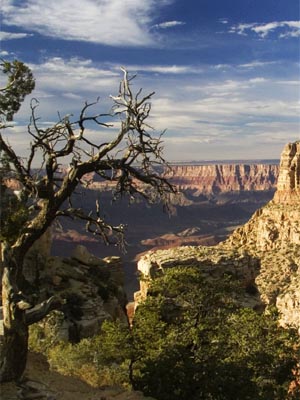 When I was young, I was disadvantaged in many ways. One of those many ways was extreme poverty. That terrible condition that, apparently, nobody should ever be allowed to be in.

Things were different back then: nobody cared overly much about poor people being poor. There was a welfare system in place, for people who had been poor long enough to acquire status as perennially poor, and they were helped, very little, as long as they had an address. Which meant, of course, that they were were not all that poor, but that they were grown up.

I was horribly poor, had been raised in a hostel for unwanted or problem boys, and at age fifteen, booted out into the real world, as an apprentice truck mechanic, paid roughly a third of what it would have taken to survive at a subsistence level.

I endured this, losing weight, the while, not realizing I was free to simply quit, for around six months, until one wintery morning, in the dark and snow, I discovered that my bicycle had been stolen, and now I would have to walk the ten miles to work…

After several miles, I stuck my thumb out and lo: a university student picked me up and said he was going all the way to London (UK). At a stroke, deciding to go with him, my life changed, totally, and for ever.

There were people called “hippies” in London, who seemed almost as poor as me, albeit more colorful, and I teamed up with a few of them, sleeping rough and starving to death.

I mean what I say: I probably ate one stale doughnut every three days, and this went on for a year, or more, while I froze, got soaked, caught colds and the flu, and was deprived of sleep by the Metropolitan Police, who would somehow find me, no matter where I was laid out, every twenty minutes, all through every night.

Homelessness has become quite the issue, lately, at least to people who have never been homeless. I have often been without a home, and have known many others in the same state. Mostly, such people are in that state because they prefer it. No more of that pesky cleaning, or vacuuming! It does come with a downside: once one is homeless, things become very difficult to turn around again. Going back to having a home is an uphill battle! But not to those who prefer being homeless.

Why am I writing about this? Because I was not poor in my own eyes. I was not disadvantaged, in my own eyes, other than being almost completely mute. This was my life, and I was totally free, for the first time. But the most memorable thing about all of it, was this:
Being so malnourished, so wet, and so cold, for so long, I would go to sleep at night, thinking – as I drifted off – that I probably wasn’t going to wake up in the morning.

I became so used to this outlook, that I unwittingly embarked upon a spiritual quest to discover as much about life and its mysteries, as I could, in whatever time remained to me.

I remember being amazed, each morning, as I shivered my way into consciousness.

Still not dead! Amazing how long it takes a body to die! Miraculous!

And this is the point:

People may be rich, comfortable, or poor. No one state is really any better, or worse, than any other state. One is what one is. And to whomever is in whatever state, it is their normal state. They have nothing else with which to compare it.

Being poor gives one endless time: to dream, to relax, to think, to meditate, to converse with others who have this much free time. To walk, endless miles, across whole countries, in the absence of transport, or the means with which to pay for it.

But most of all: fasting sharpens and elevates the mind. Sages and seers fast, purposely, to obtain such results. Jesus did his forty days and nights, in the desert, and just look what happened to him…

Insisting upon handing out the means, to the poor, to still do nothing, but now be able to afford a cosy bolt-hole, drink, drugs, and a complete non-need to provide for themselves, robs them of any chance of becoming what they might otherwise have become. Not to say that all poor people would become enlightened, or even wise, given the opportunity to do their own thing, but to place them half-way to where others are, at no cost of effort to them, is questionable at best. Certainly it is meddling with outcomes.

Let the rich be rich, and the comfortable, comfortable. But let the poor be poor, as well, until they find ways to make their lives work, by themselves, and for themselves. Poverty is a teacher unlike any other: everybody knows that adversity is a more effective teacher than ease. Don’t they?

In my own case: I have had innumerable adventures, brushes with death, revelations and experiences unobtainable to people who could afford to have them. I travelled to many countries, plan-less and penniless. And still I am not dead. Not yet!

Adequate wealth finally caught up with me, when I was ready enough, that it would not immobilize me with all the comfort adequate wealth can bring. I work harder, today, than at any point in my past. Not because I have to, but because I want to. Doing nothing, for long enough, is about the most lethal thing there is, for a human.

Long before the body succumbs, the mind dissolves into oblivion.

To tax those who produce, in order to ensure that those who do not produce, never will, is about as crazy as anything could be. There are always exceptions: disasters that require assistance to overcome; individual cases of dire need. Charity is important, and will always have a place. Guaranteed hand-outs, for life, to people who do not have as much as those who produce, also has a place:

In the garbage can of counter-productive, seriously bad ideas.

Celestial navigation | Will to Power as cooperation