The Romance Has Died 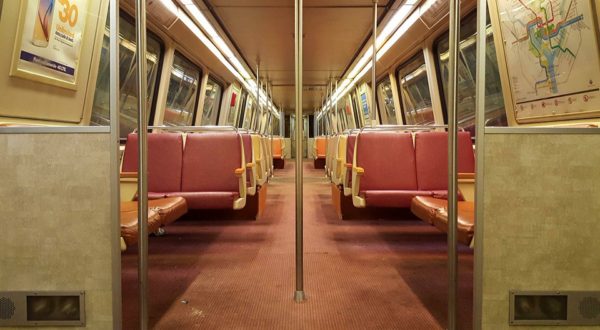 Trying to think about what happened in 2015 that caused what feels like a seismic shift in the layer below politics. People are less likely to be OK with follow-the-leader and imitate the dominant paradigm, and now are intensely critical, restless, uncertain and enraged, which form a thin but vivid layer covering a vast sleeping hope.

What happened? My answer: the romance died. For years we (culturally) saw modernity as exciting and having a possibility of greatness for our lives. From noir fiction to gangsta rap, we idealized the dysfunction as a chance for us to prove ourselves, to struggle against a new frontier, and to emerge refined by the crucible of adversity as a higher level of human beings.

I think what did it, more than anything else, were the images of SJWs. Everyone wants to discuss heady thinker with a pioneering, brilliant and attractive thinker, but what we saw instead were the pretentious lumpenproletariat that had learned to make its way through “education” by parroting and restating known theory. They were fat, tattooed, inarticulate, pointlessly angry, and most of all, ugly. The romance died when we saw the end result of modernity: alienated, frustrated people repeating dogma as if it would fill the holes in their souls. These were not life’s winners, but its losers, compensating for that fact with power and authority. In short, these were the same dimwits who ran the Soviet Union into the ground: obedient tools with an inner instability that propelled them forward through need.

At the same time, Western citizens woke up to find the house on fire. Infrastructure was collapsing; at every level of leadership, in both private and public spheres, those in charge seemed vastly incompetent and uninformed about every important issue, but capable of delivering a nagging nanny finger-wagging lecture about ideology at every turn. Our leaders knew how to tell us that terrorism would not threaten our democracy, but could not get a glove on the problem itself. And so people turned away.

In the past, from West Side Story and Great Expectations through The Sun Also Rises, decay had a certain nobility to it, and the promise of license like a Saturday night during your sophomore year of college. Anything could happen; there were no rules! This promised sex, drugs, rock ‘n’ roll, and the notion that new ideas waited around the corner which would disprove how everything worked and show us a new frontier. Chaos theory. Gender theory, multiculturalism. Primitivism. Psychedelia. And yet every one of these turned out to be a hollow (((echo))) of the dominant paradigm, equality, which just so happened to require a strong government and lots of these lumpy ugly experts to tell us how to live!

No one wanted to have big families anymore. People divorced because they never really knew each other, and when you know that you are the 139th person your spouse slept with, the sacred nature of marriage becomes a joke. Jobs stood revealed as 90% make-work and covering up for incompetence, and 10% that actually needed doing, but because in an egalitarian society everyone must find a reason — horizontal (hip, good, moral) and vertical (money, power, status) — to rise above equal, we needed more jobs, more titles and more specialized education programs with unique degrees. The whole thing was rotted not by the act of a political party, but from within, but its assumptions.

It reminds me of when we were kids and went out plinking with our .22s. We would get far enough from civilization to be safe, and then start blasting away, trying to find exciting objects to hit among the litter and detritus. But then, just as the shooting competition intensified, there would be a small sound of vast finality: ching!

The clip would be empty. It was, in the words of a friend, a kicked clip: like a can you would kick away when its purpose was done. We rarely had a whole lot of ammunition, and so each rifle had a ten-round clip, and when that firing pin fell on empty space with a tinny metallic clang, we knew the night was over. The fun was gone. It had happened, was past tense, and now what remained was to clean up the brass and head home.

Western civilization has become a kicked clip. People are miserable and their only refuge comes through foisting more misery onto others, so that the individual appears to be on top of the others. Families are crushed, and there are no traditions to live for, so we are merely chasing our own dreams. No shared values exist, so we must rely on individual judgments, feelings and desires to guide us, and these most commonly lead to circular patterns based on fascinations we have adopted as compensations for having direction, not as fulfillment of it. Our jobs make us zombies and our personal lives make us hollow, and yet it is never discussed, so we all suffer in silence.

We could put these feelings aside for exciting collapse. When it seemed like a great storm was hitting, and all would be washed away and we could start again, we loved modernity… because we hated it. We hate living in it and so its only culmination is destruction, so that we can invent something new again, but no one knows what that is. The assumptions we must adopt to function in this society render us unable to visualize anything else.

With this, the dark noir dreams, the sci-fi hopes, and the gangsta fantasies fade away. They are like anything else in a world dominated by commerce and trends: a thin layer of advertising designed to baffle our minds with pleasant images, and underneath it, a vast reservoir of entropy and repetition. The dream was a lie. It took a long time, but now it has become visible as a lie, and even worse, a boring like much like that of the Soviets: a future living in grey concrete condominiums in rotted cities, slaving away in jobs doing nothing of importance in order to avoid being destroyed, while pollution and overpopulation and incompetence rise around us like a Biblical flood.1

All of the fascinations died out. Marijuana proved not to be the stargate to deep immensity of understanding the universe, but a one-way ticket to the couch and first-person shooters until our eyes fell out from boredom and we ate another slice of pizza just to knock ourselves out. Free love ended up being prostitution, which meant that when it was time to consider love or family, all that was left were rough-living washed-up whores. Rock ‘n’ roll turned into a farce, and died when black metal one-upped it permanently. The Beatles and Led Zeppelin cannot compete with dark mysticism, stashed explosives and the inversion of rock ‘n’ roll itself, a flirtation with Darwinistic and Nietzschean naturalistic fascism. Rock died like the rest of the dream.

What remains is the endless hangover: every day about like the others, leading to retirement in which we attempt to rationalize having wasted the best hours of our lives doing nothing of importance, and an utter powerlessness. When we cannot do good by social standards, and be recognized for having done so, all of our acts are empty. We serve our self-interest, but even self-interest demands more… a hint of meaning, of mystery, of hope and the unknowable. All of these were crushed and replaced with Soviet-style rituals of excess in which each generation repeated the last, and found that its rebellion led it to be an even greater affirmation of the dominant herd idea than the generation before.

The romance died. The modern life is a kicked clip. There is nothing here for the inner parts of the individual that seek purpose, discovery and truth. All that we find is more of the same human jive, like crowds at the shopping mall or people at the grocery store who cannot return the carts ten feet from their parked cars: selfishness, denial, stupidity, oblivion and mediocrity. Awakening from this dream turned sour, we need new adventures, and these will only come through the great storm that tears apart modernity and restarts society in a method that can possess a goal, values and some truths of a non-temporal — eternal — nature.

1 — or Plato’s “streams from the heavens.” If you mix up the Bhagavad-Gita, the Odyssey, The Republic and the Eddas and simplify, you get the Bible.

Outliers (#11) | The Pretense That Makes I Into We