The revolt of imagination 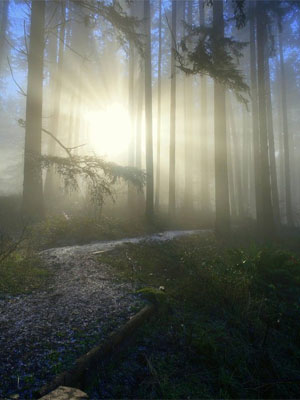 We have already experienced the Revolution. The plot was simple: bad meanies in charge, so people power unites and overthrows. Now a new order in which everyone is accepted and we can stop arbitrarily denying each other things. It’s like a plush pink bed: everything is good, everyone is good, we are all in peace and harmony.

The Revolution plays itself out a million times during your lifetime.

First, there was the original, which we don’t talk about because it happened in France and they still insist on speaking French, eating French food, and looking French. If they got with the program, they’d look and speak just like us, but with French bread.

Next, there are the movies. Nearly every movie that involves a challenge beyond the personal (“divorced 30-something gets over her hang-ups and learns to love roller derby”) follows the Revolutionary format: bad meanies are bad, people power is good, we unite and get together, in the end everyone joins hands on stage and sings.

Then, there’s the politics. There are civil rights struggles for every conceivable group. Fat basement-dwellers with body odor? Unite! You have nothing to lose but your chains. When we waddle out of our basements and overthrow the meanies, a new era of freedom, peace and harmony (etc) will be upon us (etc).

Even worse, there’s the news cycle. A tragedy happens; it is sad. Then we feel outraged because, how could this tragedy sneak up on us while we were busy shopping/voting? It’s not fair. It’s not nice. Someone better pay. Find the meanie, gather up the people power, and we’re going to buzz together like bees in a hive until we make it change and depose those meanies.

There is always a bad guy. How do you find the bad guy? Who is in control? Unless that person is busy giving out welfare payments to the poor and helping the drunk and violent, that person is the bad meanie. Set phasers for kill. If something has gone wrong, someone is to blame. They must be replaced — with people power.

The Revolution is addictive. It never ends. It is always there, if you need some reason to forget your troubles. Mortality, low social status, misery, self-hatred, self-pity, self-doubt? Never fear: you have a new identity as a soldier of the Revolution! When you crush the meanies, the Crowd will roar with approval.

If it didn’t, the answer is simple. The meanies control the minds of the masses, who must be liberated. So get your educated buttocks on down to the ‘hood or the trailer park and start educating those poor backward people who need to know better like you do. Feel good about your life yet? You will.

The Revolution brings with it an Ideology. This Ideology is “in theory” political, but really it invades all areas of life. You re-shape yourself as a soldier of the Revolution, and that replaces religion, culture, even most socialization, and personal philosophy. Now you have all the answers.

We’ve had the revolution of discontent for centuries, where some were mad that others had more. We have seen what it brings, which is perpetual Revolution as our society cannibalizes itself. We’re looking for bad guys under every bed, and the only defense is to join the Revolution and hope it doesn’t turn on you. Often, a forlorn hope.

All of our post-Revolution social systems view life as a question of material redistribution. Some have more, so we’re mad, so we’re going to take what they have and, to prevent other people from revolting against us, we’re going to give it all away. Except that we’ll all get government jobs and get paid several equal salaries for our efforts.

The Revolt of Imagination is an entirely different animal. In it, we view life as an experience which is meant to be joyful. We view human time as valuable and believe that this time should be made significant and pleasant. We reject the idea that material distribution is the cause of our problems. The cause is actually our loss of direction.

The original Revolution presupposed that material equality would remove conflict and make people happy. The intervening two centuries show us that this is not the case. Equality led to more competition, more alienated, and greater misery, while removing other things we enjoyed.

We need a revolt of Imagination. In this, our goal is to find meaningful ways to spend our day-to-day time. Every minute is sacred, and we should waste none of it on activities that frustrate or demean us. Work should be gotten out of the way, not wallowed in. We should reward those who get it done quickest and then move on. We can reclaim our time from the machine, and stop basing our identities on our job titles and credit cards.

Even more, we can escape this same old tired routine of Revolution. It doesn’t work; that wouldn’t matter, except that it also isn’t fun. Like heroin addiction, it always sends us coming back for more. The last dose was great… for a while… then the craving began. What if we’re just losers? Don’t think that, soldier: attack!

The ultimate result of the Revolution was to enslave us to the egomania not of a few bad meanies, but by turning everyone into a bad meanie. Now we are all tyrants in our personal lives, refusing to work with each other, and raging against the emptiness. Another Revolution won’t help this.

Our only salvation lies in refusing to keep playing the game. Demand a Revolt of Imagination. Overthrow the idea that material redistribution is the path to the good life. Bring back the joy of experience, of existential discovery, of challenge and conquest. Give life meaning again. It’s the only adventure left.