The revolt against blindness 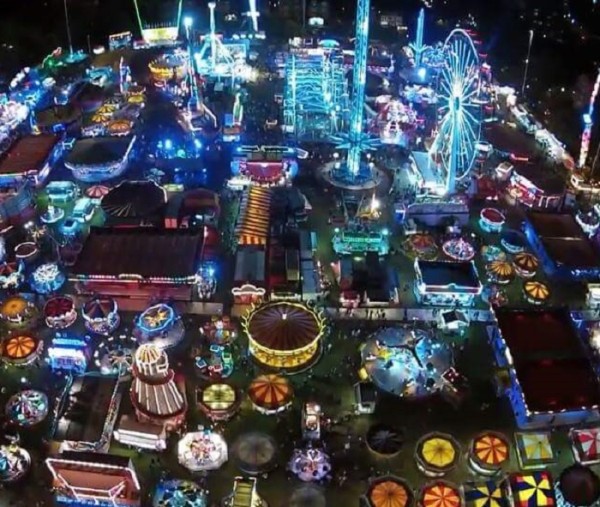 Another way to phrase this is: (1) what’s wrong now and (2) what will replace it and (implicitly) what are its tangible advantages?

From (of all places!) The New York Times, talking about the “dystopian” nature of the new Michel Houellebecq book:

When I say â€œdystopian,â€ the casual reader may infer â€” as many people did when the book first appeared, literally at the same moment as the â€œCharlie Hebdoâ€ massacre â€” that the dystopia is the Islamicized France, that Houellebecq is trying to do for Islamism or â€œEurabiaâ€ what Orwell once did for Stalinism. But if youâ€™ve read the keener reviews (or Houellebecqâ€™s previous novels) you probably understand that no, actually, the dystopia is the contemporary West, and the Islamified future that Houellebecqâ€™s story ushers in is portrayed as a kind of civilizational step forward, or if you prefer a necessary regression back to health.

I sort of knew this going in but even so it was remarkable how â€” well, I think neo-reactionary is really the only term to use to describe what Houellebecq seems to be doing in his portrait of contemporary France and his mischievous prophecy about its potential trajectory.

If I had to point to a foundation for postmodern reactionaries (“neoreactionaries”) it would be Houellebecq, through his influence in Louis-Ferdinand Céline. They pointed out in simple terms that not only is modern society Hell, but that it is a pointless hell that achieves nothing, and it is not unique in history but a typical decay-stage of a civilization heading downward. They point to a lack of transcendent purpose and common sense realism as the root of our decline.

Most people cannot handle what they write because not only is it biting, funny and satirical, but it also presents a simple equation: we know what we are doing wrong, so stop doing it and go the opposite direction. Turn our wheels from Hell to Heaven, in other words, because these writers believe in goodness, beauty, truth, decency and above all else, human happiness and thriving. But we will not find those through individualistic democracy, diversity, liberalism and consumerism, they say.

It is our individualism — the pursuit of the individual above all else, which requires abolishing social standards, values and heritage which imply a Darwinian ranking to each individual — that leads us into a blindness. This blindness has us avoid seeing how the modern time is Hell and how it is just going to get worse because we are going down the exact same path, just intensified.

Movements, you want movements? The Red Pill focuses on honest talk about the differences between sexes; Neoreactionaries point out the failure of Crowdist (individualists in groups) leadership; the New Right shows how dysgenics, consumerism and multiculturalism are destroying us; the Alternative Right shows the absurdity of a lack of social order and our participation in sacred fictions and virtue signaling. All of these point to the same thing: everything is broken. We are using universal methods — like individualism/equality and signaling/altruism — where we need to look at realistic common sense results, and adjust our behavior accordingly. Democracy hasn’t saved us from tyranny, but transferred it to a new form where it is invisible to us, and this tyranny is tyrannical precisely because it is destroying us by putting our people into existential hell, which makes them hate society and want to destroy not only themselves, but others and nature.

Take a peek at this burst of profundity regarding the gap between what we really want and need, and what we settle for in the sexual/romantic arena:

I was casually scrolling through Twitter one night and came across the most accurate post that I have come across in the four years I’ve been on the site: â€œBeing a hopeless romantic in a hookup culture is a special kind of hell.â€ If this doesnâ€™t deserve a hundred retweets, favorites, Instagram posts, and Facebook shares, then I donâ€™t know what does.

Everyone wants the fairytale. Whether they want to admit it or not is their choice, but ultimately, everyone wants that one person who they can ride off into the sunset with. I wanted that, but things do not always go as planned.

Fairy tales are not mere fiction; they are aspirational fiction. Every princess wants a prince, and every man wants to be a brave noble warrior. Every kingdom wants to be good, and it wants a good king. Every person wants their life to mean more than trading hours of pushing paper for enough money to live outside the ghetto.

In my view, the neoreactionaries starting with Houellebecq did something unique and powerful: provided a toolbox for the non-liberal to explain why liberal logic leads to Hell. We are inundated in liberal justifications for their actions, and the propaganda toward equality/individualism within them, but few of us have any counter-arguments. This is why majorities are always defenseless: we don’t know why we do what we do because it is non-ideological; it simply works, and it cannot be broken down into the polarizing vectors of ideology like our opposition can. So we hear their arguments, fail to offer resistance that explains around these arguments and invalidates them, and thus by inertia, compromise and herd appeal the nonsense wins out over fully working existing methods.

What is aiding us now is that the Narrative is failing. Not just in one area, but across the board. Take, for example, this vicious insight into why both our news and our modern heroes are fake:

The wonderful heart-warming story of Elizabeth Holmes, founder of the blood-testing startup, is almost as fantastic as Valeantâ€™s accounting. Her fear of needles led her to drop out of Stanford at 19 to commercialize a blood test that relied on a finger prick instead of drawing blood from a vein. She became the youngest person ever to be given the Horatio Alger Award and was appointed to the board of fellows of Harvard Medical School. Time magazine named her to its list of the world’s 100 most-influential people. Her closely held company was recently valued at $9 billion, making her a multibillionaire.

Thatâ€™s a wonderful story. At least it was until it turned out that the blood test didn’t perform as expected.

It isn’t just stocks. A story can be used to justify almost anything, be it a portfolio position or an ideology. Just ignore the facts and data, and hold on tight for the ride.

This is what we are waking up to in the modern time: everything we have been told is lies, based on the interval between telling a lie and see it turn out to be the opposite. This is true of democracy and liberalism as well, which made promises centuries ago which are only now showing that they were indeed the foulest of lies, used to justify the legitimacy of the oldest of human failings: greed, power-lust, control and an impulse to destroy.

Houellebecq identifies himself as “anti-liberal,” but because liberalism is the newcomer and everything else is based on what has worked in the past, anti-liberal is the same thing as looking at conservatism. That broad umbrella, with its dual planks of common sense realism and transcendental aims, contains the core of what has worked for all successful societies during 6,000 years of human history. It is only in turning away from it that we have guaranteed not only our doom, but our life sentence in Hell while we wait for the end.