The racial people cop out on caste

OK, thought-provoking post from my favorite (to read) far-right group, the American Renaissance:

The situation was otherwise in Eurasia, where large game was a dietary staple. Bringing down a cornered mastodon takes cooperation, with each man in his assigned position, ready to respond to shouted instructions. There must be jointly acceptable rules for dividing the kill. And, since females depend on male hunters for their own survival and that of their children, an advantage would accrue to females who chose mates likely to support them for a lifetime. Sexual selection would then mold males more inclined to satisfy the female demand for fidelity.

Environment does not consist merely of natural factors like climate. Since morality is advantageous only when others are moral, a major determinant of the fitness of an individualâ€™s â€œgene for moralityâ€ is the character of those with whom he interacts. As Robert Axelrod and William Hamilton put it in their classic study, â€œThe Evolution of Cooperationâ€ (Science 1981), â€œthere is no single best strategy regardless of the behavior of others in the population.â€ In fact, seemingly irrational levels of mistrust can become locked into a group. Suppose a mild physical environment has selected for weak cooperative tendencies. A worsening of the environment might make greater cooperation in everyoneâ€™s interest, but not necessarily more fitness-enhancing, for any honest, helpful mutants who appear will simply be exploited until they die without issue. It is perfectly rational to be indifferent to others when they are indifferent to you.

1) Black behavior that is unacceptable by white standardsâ€”theft, drug use, preoccupation with sexâ€”is not â€œsick.â€ It is how traits that were once adaptive in Africa express themselves in Western urban society. This may be part of the reason blacks seem not to experience white laws and standards of personal responsibility as binding, and why black spokesmen are so curiously unapologetic about black crime. They will caution black males that crime is â€œstupidâ€ (i.e. apt to lead to punishment), and a Jesse Jackson may denounce black-on-black crime as harmful to blacks, but they do not say that crime, particularly black-on-white crime, is intrinsically bad.

2) Black children cannot be expected to respond as white children do to externally imposed white socialization. If the races evolved different values, black and white children will be receptive to different sorts of training and exhortation, a point with important practical consequences. It is often suggested, for instance, that black children would do better in school if told, as white and Asian children are, that school is important. But black children will not care about grades and the esteem of teachers, no matter how much they are told to, if valuing knowledge is a more weakly evolved norm among blacks. Since black societies never evolved formal education, it would make no sense for black children to be ready to internalize praise of education.

3) Violence will skyrocket when a group acquires a killing technology it did not develop. Groups that have invented such things as firearms without killing themselves off must also have developed sufficient inhibitions about using them. Groups that acquire weapons from outside sources are less likely to have evolved the same level of self-restraint, just as groups that do not discover fermentation are unlikely to develop a tolerance for alcohol, and often fall prey to drinking problems when alcohol is introduced from outside. Blacks may have been unprepared for access to the firearms developed in Western society.

Consider the remarkable increase in gunshot homicides among black men in the last half-century. In 1943 there were 44 handgun homicides in New York City; in 1992, 1,500 black males died of gunshot wounds inflicted by other black males. Since 92 percent of the 2,200 murders recorded in New York that year were committed by blacks, black males must have also killed several hundred non-blacks with firearms as well. The parallel increase in gunshot homicides nationally over the same period is essentially an increase among blacks.

The idea that blacks and whites evolved different systems of values says nothing about which values are â€œbetter,â€ and each group can be expected to think its values best.

Whites will continue to consider blacks â€œirresponsibleâ€ and blacks will, more openly, continue to call whites â€œup tight.â€ But the practical decisions of life require the adoption of some standards, and a group can use only those standards evolution has given it.

Fascinating, fascinating stuff! But they leave out a vital ingredient: caste.

Caste is the hereditary system of picking people by abilities that are hereditary. 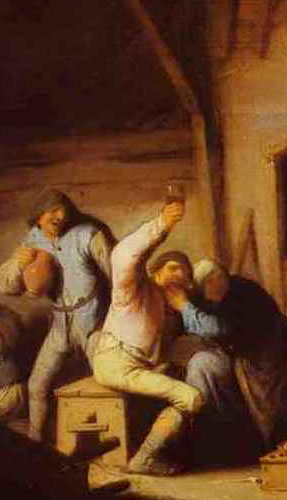 Intelligence is heritable; so are moral traits. The idea of caste is to group together people with these desirable traits and have them thus be available as breeding partners to one another, so it’s more likely a child with those traits emerges.

Sound weird? Our society denies caste, because we’re all equal, so instead we have class, which means we assume the good people all pile up a giant pot of gold. It’s mostly true — with the exception of intellectual, teachers, etc. which may be why those professions have declined into irrelevance while gaining in popularity.

Jonathan Haidt writes more on morality and evolution, and we cover the mechanism of evolution of moral traits elsewhere.

But I find it interesting that people deny caste. After all, on the blog, we pretty much write about America and since 3/4 of us are honkies, we write about white people issues. We probably wouldn’t feel too comfortable trying to express an African-American perspective. And from that white perspective, it seems to me the dominant issue facing us is caste:

Regardless of what goes on with the racial debate that is surely heating up, as Samuel Huntington predicted it would, the caste debate is only beginning.