The psychology of leftism 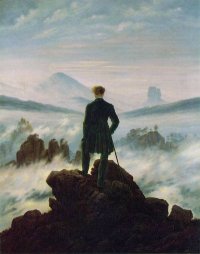 Every now and then you encounter a clear statement of political intent, and today’s comes from a video game site.

Their attempt is to describe “We power,” or People Power as we call it here, versus the establishment, which they identify as rightist and individualistic:

â€œThere is no such thing as society. There are individual men and women, and there are families. And no government can do anything except through people, and people must look after themselves first. It is our duty to look after ourselves and then to look after our neighbour.â€ (M. Thatcher, Womanâ€™s Own, October 31, 1987)

What Thatcher is trying to communicate here is that a successful country, indeed a successful world, is the direct result of individualism. Do not rely on others, just be the very best you can be and everything will fall into place. In short, look after yourself.

Similarly, Reaganâ€™s â€˜Social Darwinismâ€™ embraced this notion of the individual, perhaps most obviously in the field of economics. Reagan stimulated the entrepreneurial realm by rewarding it with economic gain, while simultaneously cutting several welfare programs. The message was just the same as Thatcherâ€™s; strive for personal glory, for individual gain. Look after yourself.

Here’s a promise: I will return to this later in this column. I’d rather get to the meat of the issue, which follows.

You can see this notion reflected clearly in the western videogames of the period, although in a less sophisticated way. The vast majority of these games employed a lone hero protagonist. While co-op games existed and were technologically possible, single-player reigned supreme. Regardless of the narratives and their sci-fi/world war/fantasy archetypes, the central political message was the same; You and you alone are capable of saving the world. Do not rely on help, do not rely on others â€“ success, glory, riches, empowerment â€“ all of this will come through your individual efforts.

Oh and there is a good chance youâ€™ll be a white man too.

The article is framed around a simple equivalency: right=individualistic lone wolf, left=collaboration. This will also be addressed later. Keep reading — it’s a well-written article.

Fast forward 20 years and the political landscape has changed dramatically. While Thatcher and Reaganâ€™s legacy is still apparent, attitudes are different. Most obviously, both countries are now run by liberal governments. As a result, notions of society and community are once again on the agenda. Just look at President Obamaâ€™s current efforts to introduce universal healthcare, funded by the taxes of those who have achieved their individual wealth. The language of Presidency has changed from â€œIâ€ to â€œwe.â€ Now we strive to look after each other.

Similarly, race and gender politics have progressed in the intervening 20 years. While inequalities still exist, the gap is closing. Racial tolerance and gender equality have vastly improved since the Eighties. All of this can be seen in current-gen videogames.

Perhaps the most profound shift in the games industry in the last few years has been the explosion of co-op. Not only are developers dedicating more and more time to providing co-op experiences in their games, they are also finding new ways of exploring the dynamic within it.

Obligation to tolerate others is actually a demand from the individual: be obliged to tolerate me, no matter what my abilities, inclinations, character traits or situation in life.

“We are all equal” is really a statement of “I demand to be accepted everywhere.”

Of course, like most philosophies, this statement decays or over time and reaction to its counterreaction, reduces itself to a simpler state. It becomes: “If anyone has anything I do not, I will claim legitimacy in taking it. We are equal, therefore I deserve what any other has.”

A new study connects young adults’ use of video games to poorer relationships with friends and family â€“ and the student co-author expresses disappointment at his own findings.

For young women, self-worth was low if their video game time was high.

For all those people who think shouting “correlation not causation” makes them into internet philosophers, here’s a chance for you to ask yourself the question:

I’ll go with option (b): video games, like entertainment in general, are a magnet point for those who feel frustrated in other areas of life or cannot apply themselves, so end up wanting an outlet to compensate for their lack of success applying themselves.

A new study says the average age of video-game players in the United States is 35, and oh, by the way: They’re overweight and tend to be depressed.

Investigators from the federal Centers for Disease Control and Prevention, Emory University and Andrews University analyzed survey data from 552 adults in the Seattle-Tacoma area. The subjects ranged in age from 19 to 90, according to the study, published in the October issue of the American Journal of Preventive Medicine.

The hypothesis was that video-game players have a higher body mass index â€” the measure of a person’s weight in relation to their height â€” and “a greater number of poor mental health days” versus nonplayers, said Dr. James B. Weaver III of the CDC’s National Center for Health Marketing. The hypothesis was correct, he said.

These are people in other words who are used to logical inversion: instead of acting toward a goal and using that to assess what they should do, they choose compensatory activities and then later claim these are directed at a goal — and that goal must necessarily be outside of the primary goals of life, because those are somehow blocked. This is why these people have a defensive victim mentality and tend to be prone to mob violence.

Defensiveness in turn creates an identification with those we presume to be oppressed:

Whatâ€™s more that team is more than likely multi-cultural and/or multi-gender. Donâ€™t dismiss the presence of the Hispanic Dom in Gears of War, Black-African woman Sheva in Resident Evil or Afro-American Louis in Left 4 Dead as tokenistic additions. In todayâ€™s political climate it is expected that any representation of a group in any medium will be reflective of the society we live in. It is politically correct.

If you feel like your life is bad because someone did something to you, you’re going to try to gather “proof” of that by associating with others who’ve been treated badly, in your view. You will identify with and choose heroes from those who seem oppressed.

I said above that I’d identify the right’s philosophy — which might be noted is the original political philosophy, since all liberalism consists of revolutions against it and its assumptions — more clearly, but in order to do that, I need to show a separation in the psychology between these two ideas.

We can construe this argument in the following way:

What makes this complicated is that appearances don’t define reality. Leftism appears to be more collaborative: give others what they want, eliminate authority, and we’ll all work together. However, in reality all expansions of possibility include both positive and negative, so in the interest of trying all options there are going to be good options — and very bad ones. In human terms good are the productive and inventive and diligent; bad are the criminal, the perverse, the disaffected directionless and angry.

So true collaboration probably doesn’t involve accepting everyone, and since we know some solutions are better than others, it must involve a hierarchy of promoting good solutions and demoting bad ones.

This is not only like natural selection, but it resembles the scientific method: come up with many hypotheses, and test them all, and keep the ones that are more accurate than others. Not absolutely accurate, because almost nothing is if anything, but more accurate because it’s an ongoing process. With each iteration, kick the good upstairs and forget about the bad.

That’s the face of true collaboration because it has a goal in mind for everyone: a healthy society. To that end, it’s willing to be good to some and kick out others. Every society, to some degree, is willing to do this, even if it’s a very “progressive” society that locks murderers and pedophiles up in glorified daycare centers.

The root of fear of this collaboration is that the individual will be insufficient. An individual person fears that he or she will not only not fit in, but will not fit in because of a lack of something to offer. (This is why in the 1970s, psychologists tried to raise self-esteem: lowered self-esteem people are driven mad by this kind of fear.)

Collaborative societies tend to therefore operate on the principle of self-interest first, as a means of defining the individual and seeing what he or she is capable of, and then secondarily, helping others. This is to avoid the reversed justification where someone who fails at other things makes themselves a Christ-like figure who dedicates their life to fighting poverty, misery or some other unsurmountable goal… it’s cognitive dissonance: they could not succeed, so found a surrogate goal, and are using it to justify their success as an individual.

Collaborative societies require self-reliance and competition to rank individuals and promote the best, so that the mechanism that is society — its infrastructure, hierarchies, discipline, leadership and other aspects — is healthy as a whole.

Self-pity occurs when individuals fear they cannot compete enough to fit in, which is actually a low bar: get a job or start a business, do something productive, avoid doing anything deranged, criminal or pedophiliac. It is anti-collaborative because its basis is fear of the individual, so its psychology becomes one of treating society as a collection of individuals and ignoring its health as a whole.

If I could do life over again, I would have cast aside the bullying of others (manifestations of their own fears), and thrown out every fear I ever had, and just surged ahead toward positive goals: do something productive and fun that invents new ways of getting over the hurdles in life.

It’s a lot like video games, I suppose, in that the game throws challenges at you and you must surmount them or be edged out of the game. Except unlike video games, the stakes are real. Video games and entertainment allow us a surrogate sense of competition without risking ourselves, home and safe in our air-conditioned apartments and homes.

So rather than let this article degenerate into left-bashing, I’d like to say this: I think we should work together as a culture to remove bullying and sources of “Absolute Truth” that try to control our brains, like Big Media and Nanny State government, and put our trust in mother nature. We’ll find places to fit and be just fine as long as we keep looking toward positive goals.

In the meantime, we need to recognize that cognitive dissonance and leftism are manifestations of the same psychology, and that this is a destructive mentality which we should not accept in ourselves and others, just like we reject impulses to murder, pedophilia and theft.

Playing with perception of reality | Large corporations are evil