The Psychological Consequences of Equality

Our nitwit species has never overcome its own cleverness. If we find an idea or symbol or image that appears to compel people, we’ll use it — and worry about the consequences later. 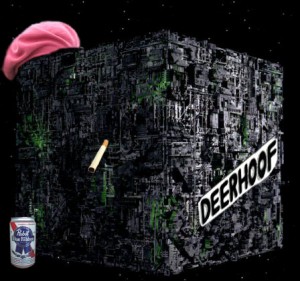 Equality is a powerful symbol to use. It conveys inclusiveness, and an automatic sense of group bonding. “We all agree we all should be equal, right? Now all we have to do is crush those who disagree!” It’s also a neat way to institute a witch hunt. If your neighbor doesn’t believe in equality, maybe you deserve his farm.

But those well-worn (at least here on this blog) paths give way to a more interesting question: what are the psychological consequences of equality? In other words, does it make our brains healthier, and is it a good interface to life? Here are two problems with equality as it impacts our psyches.

An interesting way to view this situation. If we could step back from our modern lives, we could see how simple it all is. There were revolutions, and we are obligated to consider them as absolute Good, in the same context religion makes Good and Evil. The revolutions aimed for equality because they wanted to overthrow hierarchies. Now you either obey the official revolutionary dogma, or you are considered an enemy of equality, and possibly destroyed.