The man in the mirror 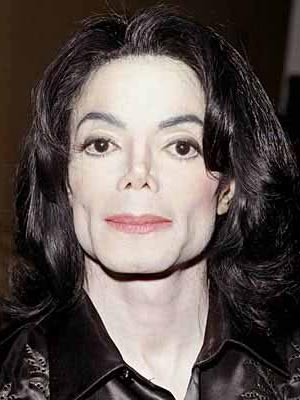 Every kid has done it. With that tasty chicken strip dinner comes a gnarly heap of broccoli or another untasty vegetable. You eat the good stuff, then move the vegetables around until it looks like you’ve eaten some, or they fall apart and aren’t discernible as vegetables anymore.

Most of our “solutions” in this modern time amount to moving the vegetables (unwanted, unexciting, un-tasty mandatory foods) around on the plate. This is because taking on the real solution would be unpopular. Unpopular solutions do not get votes, purchases or social esteem.

The situation is worse than at any other time. In the past, some people would beat up on you for telling unpopular truths; however, society had mechanisms to figure out which unpopular truths were important, and non-elected leaders (kings) who could afford not to give a damn what the street sweepers thought. This was a good order, because most people know nothing of political science or philosophy and couldn’t understand it if it were taught to them.

As a result of solutions being unpopular and thus taboo, we have a series of “make-work” activities that seem like solutions but are not.This makes them the most dangerous, because fake solutions make people sign off on the problem, assume it is fixed, and also participate in non-solutions which have destructive secondary consequences.

Feminism is one such stupidity:

Feminists did not hate men. In fact, they loved men. But just as my father had silenced my mother during their arguments to avoid hearing her gripes, men silenced feminists by belittling them in order to dodge hearing the truth about who we are.

I learned that feminists offered an important critique about a male-dominated society that routinely, and globally, treated women like second-class citizens. They spoke the truth, and even though I was a man, their truth spoke to me. Through feminism, I developed a language that helped me better articulate things that I had experienced growing up as a male.

Feminist writings about patriarchy, racism, capitalism and structural sexism resonated with me because I had witnessed firsthand the kind of male dominance they challenged. – Why I am a black male feminist, by Byron Hurt

Feminism takes a binary oppositional view to the perceived problem — meaning that it may occur sometimes, which means it may also not occur other times, which means it isn’t a universal problem but a specific one — by demanding women have the ability to silence men. You silenced us, we silence you.

As you can see, the legal definitions of sexual harassment include â€œunwanted attentionâ€, â€œasking for datesâ€, â€œfrequent physical contact, even when not sexualâ€ â€“ and any of this can cost a man his job.

For a man to do his job in an â€œequalâ€ and â€œintegratedâ€ 50% female workplace without accidentally committing crimes during his workday, he must carefully avoid giving the people he is expected to collaborate with any â€œattentionâ€ that could be seen as â€œunwantedâ€, and he must also carefully avoid physical contact with the people who hand him printouts and squeeze past him in hallways, so as not to allow it to become â€œfrequentâ€. Any behavior can, of course, be seen as â€œunwantedâ€, seeing as none of us are psychic and any behavior we do not predict before it happens is unexpected and thus by default â€œunwantedâ€.

A single complaint can silence a man and ruin his career. Being savvy to passive aggression, men thus take a simple path: they entirely avoid the situation which could cause problems, grudgingly but also aggressively, and let the idiots who made it come to pass suffer. Men sneer at women in offices who go home alone. Men sneer at parents supervising kids on beaches, knowing that if one starts drowning, few men will try to rescue it lest they be accused of being child molesters. You block us from doing the right thing? We’ll let you suffer a full-face impact with what we were shielding you from.

This is a binary relationship. Either the woman or the man has the power; if men had the power to tell women to shut up, women now want the ability to undermine a man and destroy his career if he says the “wrong” thing. This hilarious Soviet situation came about through positive intentions, and the assumption that all educated people adopt feminism as a viewpoint, which is a mental virus spread through the social weakness of the kind of alienated children of broken homes who flood our universities.

There’s a third option, which is cooperation. But hold up — it’s not that easy. Cooperation requires either an exhausting constant negotiation, like UN meetings times 100, or that both parties are targeted toward an abstract yet realistic ideal and can reach accord in working toward it. For example, saying that neither party would silence the other but that both would then go take a walk and talk it up away from the children is a sort of collaborative tacit ideal. This mystical abstract ideal is hard for most people to understand and so it gets ignored.

The result is that women demand power, men treat them like sluts, and in revenge, women become sluts, which leads them to be ignored:

People today approach sex just as they would approach buying a widget. The focus is on YOUR satisfaction and YOUR pleasure. A man thus fantasizes about his next â€œpurchase.â€ After that hook-up gives him the pleasure he was seeking, he shops around until he finds another person that can satisfy the urge. When he gets tired of that woman or he sees a better and higher end model, he trades-in that person and goes after the upgrade. The problem is that people arenâ€™t things; theyâ€™re, well, people. They have hopes, dreams, feelings, and aspirations just like you do.

Casual Sex Disrespects Women. Even if you can get your jollies from a one night stand, no strings attached, that doesnâ€™t mean your partner feels the same way. While you may be in it for the good time, the woman you hook-up with may develop feelings for you. I know there are woman who have no problem with random flings. But I also know more women who want to believe theyâ€™re down with hooking-up but feel hurt afterwards. I knew a lot of women in college who had random hook-ups, after which the guys didnâ€™t call, and who suffered from bouts of depression and angst. They never connected the dots, but I have no doubt there was a correlation. And yes, this goes for guys too. You might hook-up with a girl whoâ€™s just leading you on, and get your heart crushed when you realize youâ€™ve been played. Wait until your relationship is committed before being intimate.

Casual Sex Doesnâ€™t Prepare You for Sex in a Real Relationship. Those who encourage men to have multiple sexual partners, argue that if you only have sex with a few, or heaven forbid, just one, sexual partner, you wonâ€™t know what kind of stuff you like and how to please the partner you finally do settle down with. On VH1â€²s recent documentary on sex, Woody Allen compares this to getting your driverâ€™s license without having a learnerâ€™s permit. But casual sex is ill preparation for the monogamous variety. Good sex requires communication and a willingness to sometimes delay oneâ€™s pleasure for your partnerâ€™s benefit. But casual sex involves little communication and little incentive to maximize your partnerâ€™s pleasure. Sure, you want to show her a good time. But youâ€™re mostly focused on getting off yourself, and hey, youâ€™re never going to see this woman again, so if itâ€™s so-so for her, who cares? – The Virtuous Life: Chastity, by Brett and Kate McKay

This the option we have picked: everyone loses.

We can’t agree who “owns” something, like the right to silence another, so we reduce the experience to the lowest common denominator. We are then shocked, shocked I say, to find out that life has become empty, hollow, exhausting and boring. It’s soulless, but our original formula didn’t take that into account.

Before you rush off to declare victory, consider your problem as if it were a person. When it looks into the mirror, what does it see? The man in the mirror is like itself, only in reverse. If male domination is bad, won’t female domination be bad too?

This applies to so many situations in our modern society it’s hard to keep the list short. Class war. Majority-minority relations. Feminism. Corporations versus unions. War and peace. And so on.

It’s amazing how many secrets you can hide in plain sight, trusting that most people will be so proud of how smart they were in “asserting their rights” that they won’t notice they’ve traded a workable solution for eternal misery.

The Worm | The liberal case for conservatism