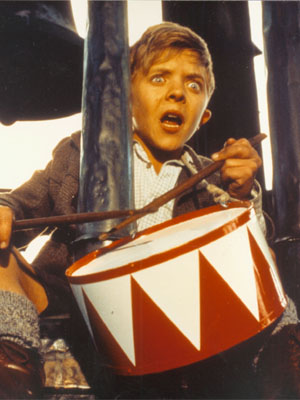 I took a walk this afternoon through one of the largest Meccas of American consumerism. They talk about how bad the economy is, but the place was filled with people, from the parking lot on in, caught up in the bustle. Filled with people, and filled with an electric crackle of stress. False excitement, false smiles masking hurry and clenched jaws. It’s a feeding frenzy, all of them marching to the beat of The Little Drummer Boy coming through loud and clear on the wildly expensive sound system.

The American populace is making decisions based on notional constructs, or theories of what might be and not what is. Fake bonhomie. The forced “Merry Christmas.” The strident, iron marching beat of The Little Drummer Boy calling the cadence. The urge to work hard to make money to buy things that aren’t needed.

In the crowded grocery store, someone is struggling with too many two-liter bottles of diet soda. The soda is on special which means that the person has to buy a lot of them in order to reap the greatest benefit possible.

At the cash register, the person (the person is me) is fumbling for money. I realize, reaching for my wallet, that the soda is devoid of nutritional value. Then I realize that the money is, increasingly, devoid of real financial value.

I have worked hard for this worthless money, and I am spending it on something worthless except for its function as a caffeine source that will allow me to work harder.

Then it occurs to me that my work is also utterly devoid of any real value. Something is deeply wrong with this picture.

The increasing frenzy of the Winter Buying Season, from Black Friday onward, the supposed great importance of it, makes me realize just how out-of-whack our priorities have become. Advertising produces an artificial need for artificial products which we then buy with valueless money.

I keep returning to the theme of notional constructs: the Great American Ponzi Scheme.

There is a field of military theory that has to do with decision loops, known in the jargon as OODA Loops, an acronym for Observe, Orient, Decide and Attack. The cycle is repeated again and again: observe the situation, realize one’s position therein, decide on a course of action, then act. Each iteration of the cycle takes time.

Decision loop warfare — warfare that is conscious of the OODA loop — attempts to optimize it for friendlies and discombobulate it for the enemy.

One way of throwing the enemy out-of-whack is to cause him to act on false information. Notional constructs. Inflatable tanks, false radio signals, entire false invasion fronts.

Here at the tail end of the American Dream, the economic decision loop is driven by pervasive advertisements– what is it now, fifteen minutes for every hour of meaningless popcorn entertainment on television? Consumer spending is king. The Little Drummer Boy is king of consumer spending.

We have lost sight of what matters. We are operating on notional information, a false, Matrix-like construct of what we have told ourselves is important. Consumer spending. 3D televisions on which to watch our pointless entrainment. Worthless gimmicks for us to spend our worthless money on, money we earned in jobs that don’t actually produce anything or do anything useful. Where is the value coming from?

With each iteration of the cycle, the economy becomes more and more out-of-whack. The bubbles and crashes become more intense, like the highs and depressions of a stock broker addicted to cocaine. As anyone who has been around stock brokers will tell you, this similarity is in no way coincidental.

Out in the woods, in Michigan and Montana and Wyoming, something very different is happening. Out in those areas on the map where you can actually drive for a hundred miles without passing a McDonalds, there are some people whose decision loops are operating on other, different information. Some of their constructs are notional as well: the Great Race War, Identity Politics. Religion. Some of them are knowingly grasping notional constructs in order to cement group unity, a concept I have difficulty getting my mind around. They knowingly and intentionally compartmentalize away their rationality in favor of belief systems that, the story goes, will Save the Race. Or Save Christianity. Or Save the Country. Perhaps they’re wrong. Perhaps not.

One way or another, while I drink my nutritionless soda that I bought with the valueless money that I earned while doing work that didn’t produce anything, these people, groups really, are buying up land. They’re doing other things that seem quaint and queer and oddly threatening to the urban dweller, when the urbanite becomes aware of them at all.

These people have returned to Folk. They have returned to the country, and they live close to the land. Like good Marxists (though they are certainly not Marxists) they have seized control of the means of production that govern their own lives. Solar and wind power generators are going up in windswept farms. Some of their money is going to food. Their news doesn’t come from urbanite peer-to-peer media but from AM radio. It is largely agenda-driven and suspect in that regard, but the agenda is very different indeed from that of the urbanites.

Urban populations are skyrocketing. The urbanites are absolutely dependent on the rural dwellers for everything– now food, soon power. The rural and urban worldviews are increasingly anathema to each other.

The rural dwellers, notional as their constructs may be, have found something nutritious in their return to the land and their embrace of family. Some of the urban dwellers have begun to filter out of the cities to join them, because of various tribal affinities and because conditions in the cities have just barely begun to be untenable. People are starting to get the funny little niggling feeling that there is something rotten somewhere. The feeling that this situation– really a collection of many situations– is unsustainable. It can’t last. Like a faultline experiencing tremors under increasing stress, like mountain snow waiting for an avalanche, something is bound to give, and in a vast chain of events, the system will settle violently into a new equilibrium. There is a field of science that studies these cascade failures. It’s called Catastrophe Theory.

What the new equilibrium will consist of is anybody’s guess.

At the Consumer Mecca, things will have reached a feverish crescendo as the stores begin to close down for the evening. People will be running from one store to another, hoping to find that last pointless, useless piece of mass-market trash to throw their money away on for the Great Net-Negative Gift Exchange. What does it matter? Their jobs are meaningless anyway and they don’t do any real work. The skins of their palms are soft, uncalloused. Their decision loop is highly abstracted. They live in their notional world and they make decisions based on the Consumerist Media Construct. Really, they are like sleep-walkers, sometimes complaining when a breath of cold air enters the dream.

Out in the sticks, at the very same time, there are people slopping hogs. Connected to day-to-day reality and to their food supply, they are very far from the urban liberal dream. Their hard, leathery hands are gutting deer that they have shot themselves. Shot with rifles. Later, after chopping wood, after supper but before sitting down next to the fireplace with their families, they will clean those rifles. They will lovingly polish them with soft cloths. Then they will put them away.