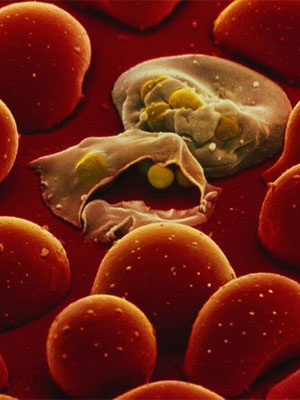 Accurate description of the threat that liberalism presents will sound apocalyptic or conspiracy-paranoid to most people. It sounds more like describing an infectious disease that turns people into zombies and destroys civilization.

Except that this is exactly what leftism is. All strong things collapse from within, and leftism is the disease — like a cancer or wasting disease — that causes a society to collapse. All societies that collapse encounter something like leftism.

In its simplest form, leftism is hubris, or the notion that the human individual knows better than reality, tradition, culture or even common sense. It puts the human desires, judgments and feelings before logic and experience.

Another way to look at it is reversed cause and effect. Normally we look at life by comparing what we want to achieve, to what actions have had that effect in reality in the past. In reversed cause-effect, we look at whatever action is convenient for us and assume it will do.

The reason for this reversal is that we’ve switched the human being from being that which adapts to reality, to that which determines what reality is. Whatever happens based on the human’s actions, the human justifies this and claims it is what desired.

In this you can see the essence of liberalism: it is an ideology and dogma designed to replace reality. It does this by making the projections of our mind justified as more important than the consequences of our actions in reality.

Under any other circumstances, we would call this delusion, neurosis, hallucination, insanity, superstition or mesmerism. Instead, we take it seriously and consider it as a viable option. Why?

The oldest and deadliest course in the world is the path of good intentions. “The road to hell is paved with good intentions,” our Grandfathers would say. What did that mean? Good intentions are no substitute for good design, which is the study of cause/effect actions.

Liberalism is beyond assault because it is based on good intentions toward those who are in the least position of power. It is thus a “think of the children” type of dogma, one that justifies itself automatically by our feelings.

This is the ugly hook of liberalism. It is a social philosophy, meaning that it attacks our image of ourselves as seen through the eyes of others. It makes us fear that we will be seen as cruel, elitist, mean and selfish.

In other words, you can’t oppose liberalism without looking like a jerk. This is because liberalism places appearance before reality. It’s what people think about reality, not reality, that is what matters.

It rewards a social system where manipulating the opinion others have of us determines whether we are tolerated at all. If we do not please the crowd, they can ostracize us, not hire us, and socially isolate us. Going against the will of the herd means slow death.

By placing itself beyond criticism, liberalism installs itself as an apocalyptic and conspiratorial viewpoint. There is only liberalism, and then everything which is not “think of the children” and thus is bad.

In this viewpoint, life is bad until liberalism makes it better, and those who oppose liberalism even if gently are those who want you to experience a bad life. It’s not that they have reasons for opposing it; it’s that they mean to hurt you personally.

Liberalism appeals to the defensive ego, which is the part of us that asserts itself when a threat exists. It is like gorillas puffing themselves up before a fight in order to appear stronger and scare away the enemy.

As soon as the human being feels negative about life, or starts to resent life for being difficult, this defensive ego invokes itself. This happens with increasing frequency as a society decays, so liberalism effectively creates its own audience.

What it specializes in doing is dividing. It splits the individual from the group, and then creates a new group dedicated to the individual. This group then fragments reality from a whole into many smaller measurements, none of which means much except as symbolism.

Symbolism becomes reality as a result. When a fact or appearance seems to mean something, it is taken to mean something. That which agrees with the ideology is implemented, and when it fails, it is justified as being caused by an evil scapegoat oppressor, or claimed to be desired.

Think of a common mistake, like misjudging the distance of the last step on a flight of stairs. People do it every day. Everywhere stairs are invented, which is everywhere because the design is obvious, this problem exists.

The philosophy of liberalism is the same way. It does not need to be invented, nor is it unique to any time in history. It is like misjudging a step, except it is misjudging our minds and reality.

This is why every civilization that has failed has gone through a liberal period in its decline. Over time, the degree of liberalism accepted accelerates, until the civilization is in a final state like Rome or the Soviet Union before the fall.

In this state, a decadent elite rules over a numb population. The middle class is gone. Common sense is gone. What remains is either being in the system, or being those subject to it. The elite can do whatever they want, and everyone else absorbs the socialized cost.

The civilization collapses from within. Eventually, something will come staggering out of the woods to deliver the coup de grace, but in the meantime, the ordinary functions of the civilization shut down one by one.

To avoid this, you oppose leftism, no matter how apocalyptic or conspiratorial it seems to your friends.

Princess | The ego on fire