The high cost of diversity

We at Amerika.org generally tend to avoid trends, which is when in an attempt to figure out what they think, people band together and repeat the same ideas at each other. 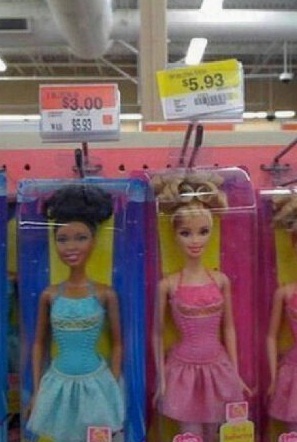 We’re making an exception for the TSA debacle which has occurred as the American authority in charge of pre-flight safety has installed backscatter “naked” scanners, and made an optional close frisking the alternative.

People are freaking out, as they always freak out, because the fringes of our media freaked out, it’s an unpleasant experience to fly and this makes it worse, and the echo chamber of social judgment has trumped any individualism left.

And of course, they’re asking why this must happen.

Neither makes any sense. If terrorism is a threat, we must do our best to prevent it; any leader who does not will be voted out of office and scorned by history.

But what no one has said is how our insistence on freedom, and as part of that, diversity, has engendered this situation. It’s our fear of more effective government that keeps us relying on these surface hack-jobs.

For example, we hate the idea that government agents might pull up a file on us and look over our actions since age 16. Then again, that would very clearly spot a terrorist.

We also hate any kind of profiling. Not just ethnic profiling, where we find anyone who isn’t native-born American white and pull them aside, but profiling by age, sex, income and patterns of behavior.

That’s what they do in Israel, a place where if you get it wrong, people die immediately:

Israeli officials profile. They don’t profile racially, but they profile. Israeli Arabs breeze through rather quickly, but thanks to the dozens of dubious-looking stamps in my passport — almost half are from Lebanon and Iraq — I get pulled off to the side for more questioning every time. And I’m a white, nominally Christian American.

If they pull you aside, you had better tell them the truth. They’ll ask you so many wildly unpredictable questions so quickly, you couldn’t possibly invent a fake story and keep it all straight. Don’t even try. They’re highly trained and experienced, and they catch everyone who tries to pull something over on them. – NYPOST

This requires two things we don’t have in America: first, a willingness to get really intrusive with people not just as physical beings, but look into their life experience. Americans freak out and claim they’re being judged and how elitist it is. Israelis realize that your path through life shows a lot about how likely you are to adopt an extremist ideology and act on it.

Second, we don’t want to hire intelligent, hard-working experts. We’d rather pay Joe Average more than he got stocking shelves at Target, and also pretend that he’ll do a credible job of stopping a wily foe.

However, government hates the idea of any kind of profiling, not only because it damages “diversity” (multiculturalism) but also because it ruins the illusion that we can do whatever we want without consequences, and no one is fit to judge us.

Nevermind that a real tyrant will never tell you he’s against freedom and diversity. He’ll embrace them because he’ll embrace anything to get you to hand him the power. It’s only the nerdy intellectuals who point out that aiming for “freedom” means we throw out all other goals.

Here it is from the Bush-era source:

At a debate last night hosted by Intelligence Squared US, syndicated columnist Deroy Murdock argued that “we want the TSA and others to recognize that the current threat to passengers and airliners comes almost exclusively from one source, and we all know what it is, young males between about 18 and 35 who practice a fundamentalist strain of the Islamic faith, and generally hail from the Middle East, as well as largely Muslim nations in Africa and South Asia.”

Countered former Homeland Security chief Michael Chertoff: “The problem with using racial and religious profiling is it takes you down a road to looking at people who you don’t need to look at and avoiding looking at people that you should look at. The fact is it would be an engraved invitation to al-Qaeda to recruit exactly the kind of people who don’t fit the profile…” – CBS

He’s dodging the question, of course. Profiling isn’t just ethnic or religious, but includes ethnicity and religion among other factors. But to Americans, including any of that or even officially recognizing it is racist, and a threat to diversity.

To Americans, looking into our pasts and our preferences is somehow judgment, and that’s bad, even if it’s the best way to find out if someone is prone to extremity.

So instead we all stand in line, equally, to get picked over, fondled, photographed and scanned, and we pretend we like it. Because it’s good for our “freedom.”

No sense of humor | Voting with our feet