The Final Lessons of Jordan Peterson 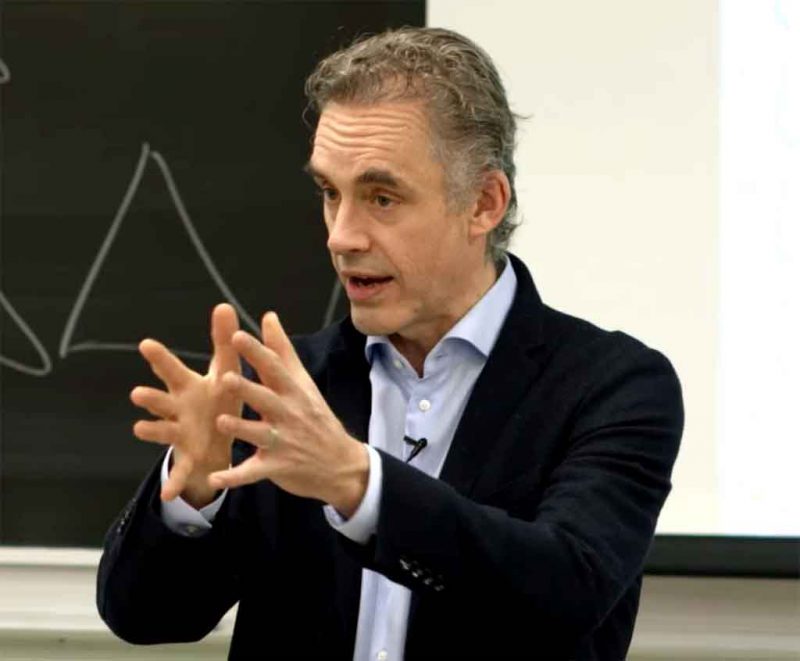 Resurrection Europa has with his thirty minute documentary laid out a convincing case that Jordan Peterson’s intentions oppose the rising trend of Western people choosing existence.  It’s likely that his credibility among defenders of Western civilization will not recover, and his story allows us to make a few observations.

A celebrity’s ideas are more important than the person.  The person can’t be known; only the ideas can. If they have good ideas, then we can like the ideas, but be careful of equating this with liking the person, because you do not know the person.  If you equate these, then as soon as you find out something you dislike about the person, which is inevitable since no one is perfect, then you risk rejecting good ideas for reasons that have nothing to do with the ideas.

Jordan Peterson rose to prominence through his opposition to gender insanity, by his refusal to go along with the nonsensical notion that people can choose what gender they are, and by his non-compliance with evil laws meant to compel people to lie.  These are completely obvious ideas that probably even people who claim to be mortified by them believe.

There’s just not much to get into on this topic — sex is a biological reality (which does not mean it is solely that), and though we can observe many cases where a sexual organism fails to clearly express a single sex, there is simply nothing that would make a sane person believe that an organism’s sex is determined or even influenced by their mere wish.  To claim otherwise is just a plain lie.

The value in Peterson’s opposition was not, of course, in this blue-sky discovery, but in his example, his apparent courage in the face of social pressure that would cow nearly anyone else.  And he didn’t just stand up to politically correct bullshit, he also — more importantly — looked respectable while doing so. It’s strange to think that an example of a respectable person who says the sky is blue would be needed, and this says a lot about the current conditions.

With this fame, Peterson spread a message of personal responsibility.  If his catch phrase “clean your room” is a metaphor for sorting through mental clutter, examining assumptions, and learning to observe and create meaning in one’s life, then this is a message that is sorely needed.

Peterson’s effective opposition to the existence of European peoples and the continuation of Western civilization do not falsify or negate the value of these and other good ideas he’s espoused.  If we take his ideas and the judgment of the man as a whole, we will be disappointed and perhaps even feel personally slighted. But anyone who tries to believe that flawed, mortal men are unified wholes who are either good or bad uniformly in character and pronouncements will have a very bad time and be prone to error.

We’re here for a good time, so let’s skip that and evaluate the effects his presence has had instead.  If he has emboldened his peers to reject PC BS, that’s good. If he has inspired young men to escape delusions and solipsism, that’s good.  If he is trying to use fear and vitriolic rhetoric to suppress and neuter white people, that’s bad. And before we get too emotional about that, we can observe something additional.

Why is the Left obsessing about absurdly silly gender nonsense?  Why is it so necessary to create this strong social pressure that demands everyone lie about naked reality?  What is the purpose of these shibboleths, why erect such a flimsy gate to public respectability?

Whatever its intended purpose, if it was intended, we can see that a role that it is being used for is fake opposition.  This fake gate of PC adherence is used as a prop by those in control of mainstream representations to create a false narrative for anyone who notices the sickness of the modern world.

This does not even need to be scripted.  If you or I refuse to refer to a man as “she” we will be hated or ignored by the mainstream media (and the illusion of public opinion that they project).  However, if a man who is know to be at his core in alignment with the goals of those who control the mainstream media, or even if it is known that the primary effect of his actions will be concordance with those goals, then he will be promoted.  He may in fact not be controlled opposition; he may simply be a safe opposition because he opposes only the disposable tentacles of the beast. And the beast doesn’t mind if the man encourages some nobility in those he leads to its jaws.

Jordan Peterson wants to teach us; let us disregard his will and observe these lessons: