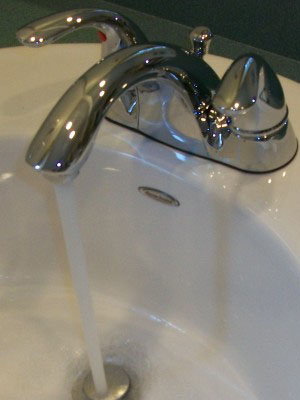 The political mainstream is a safe place, intellectually. The options are offered to you and you interpret them.

When someone steps outside that comforting framework, they are faced with the task of convincing others of an idea that does not “exist” within the consensual reality framework created by industry, media, government and peer pressure. This social reality contains the options that people select from to assemble their mainstream political personalities.

Naturally, this means that the person promoting the new idea must show that it is realistic, either by external “proof” (difficult, if it’s a new idea) or by demonstrating that it is internally logically consistent. Those who ideas make sense, meaning that they are plausible even if it’s uncertain whether they’re true, gain followers; those who go too far or make no sense get filed under conspiracy theories.

Many people confuse a possible logical connection with a probable or plausible one. For example, it’s possible that the CIA has partnered with the Hare Krishnas to use the MK-ULTRA program to control our minds so that we all hum the same tune and form a type of crowdsourced HAARP to control the weather, but it’s not likely.

The first problem with most conspiracy theories is that they posit an all-controlling governmental force that simultaneously requires people to do something. If the NWO has total control, it doesn’t need you to do anything; in fact, the range of behaviors open to you are exactly what it wants you to do. If it’s in control, it won’t let you see the options you shouldn’t see, and in fact the conspiracy theorists themselves would simply be jailed or dead.

As Immanuel Kant said, the real evil in life is not the grandiose and mythological, but the mundane. It’s the acts we all accept as normal and do, and don’t question, which have bad consequences. As social animals, we assume that if the herd is oblivious to these consequences, they are unimportant and we should not concern ourselves with them. The realist inside of us notes however that if the consequences are bad, it doesn’t matter whether the herd approves of the action, because we as individuals know that we are causing bad things to happen.

The greatest paranoid idea is the one that is so obvious it is invisible to most people. Even more, it’s inert as an idea; you can spray paint it on every wall, shout it from every rooftop, and email everyone on the internet about it. They will read it, note it, and then immediately go into denial because whether it’s true or not, they depend on being able to act as if it’s not true in order to conduct the daily business of their lives, namely earning a living, having families, etc.

Government’s symbiotic relationship to social chaos is like a faucet. The goal is to turn the faucet on full blast, and then cut back until you’ve got a level of equilibrium so the sink basin does not overflow. Whenever there are times of social instability, government tends to let things get really bad at first, because the voters don’t like authority figures who jump the gun and then resemble the bad guys in that 1984 book that government encourages us to read. Once things are bad enough that there’s outcry, government is justified in flexing its muscles a bit.

The reminder here is that this isn’t a conspiracy theory; we the people are still in charge of government, because it responds to our whims and addresses our fears. If the voters were ruled by common sense, none of this would happen. As it is, it’s as much a part of our lives as the symbiotic relationship between business and social chaos. Every failure of society is a product opportunity. Among our social circles, the same is true. Social chaos is an excuse to invent ways of living that don’t involve that chaos, and to use being an early adopter of those ways to promote oneself as visionary and hip, thus rising in social status.

Everywhere we look, there are faucets. Those who have an interest in being in power regulate the dysfunction but keep it around like a junkyard dog to make that power that much more necessary. They don’t need to, since chaos is a part of life. But the best chaos is one you already understand. The best part is that it’s the reactions of the voters to this social chaos that determine the price the voters pay, and thus government and industry are forever blameless.

In actuality, this is right. We the people are in control and always will be in liberal democracies. Our only weak spot is that we don’t vote in blocs for not our self-interests, but the interests of our nations as organic wholes. If we did, we’d stop all this dysfunction. But that would require we give up our own propensities to dysfunction and social chaos, and few are ready for that.

Smashing | White Girl Bleed a Lot: The Return of Race Riots to America, by Colin Flaherty