The era of impossible solutions made possible 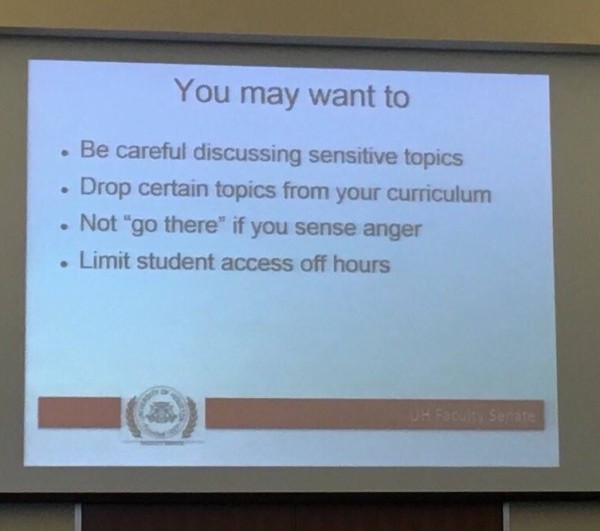 All of us have grown up in a time dominated by the Leftist ideology and as a result, find it difficult to conceive of the world except on its terms. As part of that, we condition ourselves to believe that the obvious solutions we need are too extreme, and content ourselves with hybrid Leftist “solutions” that defeat our aims.

On a similar level, environmentalists struggle with this issue as well. Since the rise of the Deep Ecology movement, it has been clear that the only possible environmental salvation — from a fate worse than climate change, namely the destruction of our ecosystem and its replacement by a less functional one — is a redesign of society to incorporate living that does not have deleterious effects. Edward O. Wilson tells the plain truth on that one:

The Half-Earth solution does not mean dividing the planet into hemispheric halves or any other large pieces the size of continents or nation-states. Nor does it require changing ownership of any of the pieces, but instead only the stipulation that they be allowed to exist unharmed. It does, on the other hand, mean setting aside the largest reserves possible for nature, hence for the millions of other species still alive.

The key to saving one-half of the planet is the ecological footprint, defined as the amount of space required to meet all of the needs of an average person. It comprises the land used for habitation, fresh water, food production and delivery, personal transportation, communication, governance, other public functions, medical support, burial, and entertainment. In the same way the ecological footprint is scattered in pieces around the world, so are Earthâ€™s surviving wildlands on the land and in the sea. The pieces range in size from the major desert and forest wildernesses to pockets of restored habitats as small as a few hectares.

His approach is similar to that of anyone who has had to balance a budget: if spending is excessive, cut it in half across the board. Instead of trying to target specific human activities, like washing your clothes in a dryer that is not energy saving rated, he suggests we should measure whole impact, and cut that. This in turn implies that humanity needs to have a discussion about its future, its population and the average load that people can exert on the environment. That in turn calls into question the design of our society itself.

Liberal democracy remains highly popular because it is a growth engine. It is essentially anarchy with a pretense of government that keeps business functional, since it requires institutions and courts, and for the early part of its reign liberal democracy seems like a good thing. As time passes, the hidden consequences of anarchy with grocery stores emerges: people, conditioned by the process of democratic thinking, become unrealistic and society goes crazy, then self-destructs.

For this reason, many ideas that were previously considered “too extreme” — like Wilson’s half earth — are now suddenly looking good. People make choices by comparing options, and if the default option is a further slide in Brazil 2.0 where your rape in the favelas will be televised, competing options which seemed too hardcore when we assumed liberal democracy was working now become viable. The same is true of other areas as well:

We have lived in despair for too long because of the Leftist indocrination that the family of theories and methods beginning with equality was the only path. Now we see differently, and as if by the turning of the world, new possibilities emerge. We are able to look at recent history as error and recognize what we must do to fix it, even if that denies everything we have known.

How immigration makes you a wage slave | What really killed Flint, Michigan?