The Dilemma of The Praetorian Guard 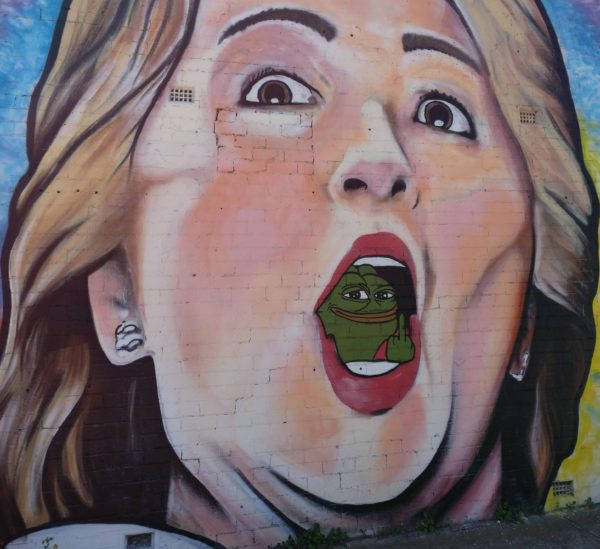 In the 2016 Presidential Election, Hillary had been crowned. Two weeks or so ago, this had been declared Â¡OVER! and that nobody would be Â¡ALLOWED! to vote for Donald Trump. You had your marching orders, your mortal soul imperiled if you disobey. Hillary wills herself to be begrudgingly nice enough to accept your dhimmitude payments.

So Hillary was crowned and The Clinton Imperium was designated the headship of the Cathedral. The Praetorian Guard was thus expected to marshal its tripartite divisions — media, intelligentsia, government — to preserve the hegemony of that Imperium. But also, the guard in the government has the Constitutional Mandate, via their oaths of appointment, to defend that Constitution against all enemies foreign and domestic.

The FBI grew concerned that the Emperor Lucius Domitius Ahenobarbus would harm the empire. These concerns were amplified and spread far abroad via the Wikileaks pirate media channel. Members throughout the ranks (in this case it was The FBI) questioned the sanity of our recently crowned overlord, and approached their officers with these concerns. These concerns were predictably quashed. The criminal investigations of Her Majesty were tamped down by the leadership of The Governing Division of The Praetorian Guard.

But the patriots within this guard refused to give up and go away. The Wikileaks continued to drip. They got their break when The NYPD Vice Squad caught one of the more debauched patricians with his pants down on the Internet. This produced a link between the capitol and the catamite. It gave the agents within the FBI the leverage to threaten their leadership with exposure as frauds and hypocrites. James Comey lost the ability to stuff it all back in the closet and the governing division of THe Praetorian Guard mounted a palace coup attempt.

The Media and much of The Intelligensia circled the wagons to protect their precious. James Carville, Geraldo Rivera, and others mounted their microphones and charged.

Longtime Democratic guru James Carville then freaked out on Monday. In an already infamous meltdown on CNN, Carville, a longtime operative for the Clinton family, melted down in an extended rant. He even blamed the CNN anchor for siding with the Republicans and the KGB. “This is in effect an attempt to hijack an election,” Carville said. “It’s unprecedented â€¦ the House Republicans and the KGB are trying to influence our democracy.” Carville repeatedly asserted House Republicans and Russian intelligence were manipulating a pliant FBI. The meltdowns are a good sign that Trump is closing in on the target. Democrats know voters generally do not like to vote for candidates under current criminal investigation.

The guard works in lockstep to defend the Cathedral and panics when it faces dissension among its ranks. A little Good German over at Slate named Frederick Foer pushed out a pile in hopes of linking The Donald to The Red Menace1….

On Oct. 31, Slate published a story by Franklin Foer, suggesting that the Trump Organization maintained a server whose purpose was to communicate with two servers at Alfa Bank, a financial institution in Moscow. The story described Alfa as a possible Kremlin front and cited a â€œUnion of Concerned Nerdsâ€ — anonymous techies who obtained the Trump-registered serverâ€™s logs — along with one of the biggest names in tech, Paul Vixie, a founder of the internet, who looked at the logs and concluded something â€œsecretiveâ€ was going on.

Perhaps not wanting either serious candidate for President within the same telephone area code as the nuclear weapons arming switch, The FBI cast their highly mechanized Eye of Sauron on just what emails the Trump-owned server was delivering to Russia. They found what I find too much of in my own email accounts. Viagra Spam and the like. It’s only bigger because Trump’s name went on it.

Itâ€™s hard to imagine Trump would use a spam server run by a third-party company that provides the same service to competing hotel chains for secret communications with Putinâ€™s agents. No matter how suspicious that traffic could look on the surface — if you didnâ€™t know what Cendyn was doing — itâ€™s probably just junk passing back and forth across the internet. There is no evidence of a conspiracy. According to an article that appeared in The New York Times on Tuesday, FBI agents looked at the logs and didnâ€™t see anything they could latch on to: An innocuous explanation involving marketing e-mails was entirely plausible.

With the factions of the palace guard at one another’s throats, everything that goes on inside the DC Viper’s Nest is getting revealed. All the garbage is getting dumped in the streets. We will learn and the Cathedral will suffer grim damage. It may well fall or be temporarily weakened. It is now open warfare. The Empire vs The Emperor. The Cathedral must be stopped. As you’ll see below, it’s for the children…

When Humorous Trolls Become Lugubrious Reality | Why Not Neither?