The Curse of Acceptable Racism

by Jonathan Peter Wilkinson on December 6, 2016 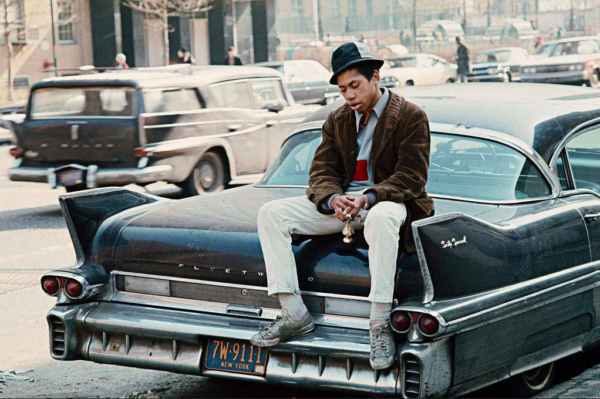 Ellison has long been a vocal defender of the so-called Nation of Islam, the bow-tie gang founded by Elijah Muhammad whose relationship to orthodox Islam is approximately that of a UFO cult to the Anglican communion. The NOI and its charismatic leader, the former calypso musician Louis Farrakhan, is an explicitly racist organization, holding as a matter of doctrine that the white race is the result of a doomed mad-science experiment conducted by the biblical Jacob while he was living on the isle of Patmos. Farrakhan is a true religious entrepreneur who has attempted to graft L. Ron Hubbardâ€™s fanciful â€œDianeticsâ€ onto his own cracked version of Islam, but he has mostly relied on a very old and reliable tradition: Jew-hating.

I’m willing to climb over the veritable Trump Wall of vile hypocrisy and accept the possible proposition that every so often it takes a turd to smell one. It was just this Spring when Kevie-Kev offered us the following observations on any place parochial enough to support a Presidential Candidate like Donald J. Trump.

So having dropped his own, personal race card as a mixed-breed who gets away with acceptable bigotry, Kevin now finds it concerning in the person of Keith Ellison. Despite his utterly unintentional and phenomenally un-self-aware hypocrisy, I can’t completely blame him for being concerned. Ellison is concerning because of his proximity to power. Keith X represents a Congressional District drawn up to elect Black and only Black candidates to the House of Representatives.

It really is sad that an individual who is comfortable with others who claim Jews worked with Hitler on the Holocaust just to set up an excuse for a Jewish State is the people’s choice in any Amerikan electoral district. It is worrisome and possibly a threat to the nation that a sitting member of Congress plays footsie with The Muslim Brotherhood and it should disturb us all that this person will take a position of leadership in a powerful US political party.

What requires notice in this situation is two things.

1) CNN and all the rest are ready to issue this guy an intentional walk on this the way they all did for Senator Byrd from WV. Caping for a certain political agenda will pretty much allow you to burn the blacks or gas the Jews or stomp the honkey mofos if you champion that agenda well enough.

2) There are only certain categories of racial animus that get branded as Â¡RACISM! and make all people involved throw up the Bio-Hazard warnings. This implies it can be open season on any racial diaspora no longer protected by societal and media preference. What stands between your particular race and the Rwanda-Burundi Experience is pretty much a political and rhetorical marketing strategy. In other words, calls for tolerance are smoke-screens designed to let people’s guard down.

We now reach the end of this particular Jerry Springer Episode where Jerry tells the audience what we should learn form the whole experience. Here’s what I think Jerry should tell us all.

1) While it isn’t impossible, interracial cooperation and peace is a legitimate challenge. Neither side involved is “bad.” They just come into conflict because different groups have different genetics, thus different tendencies, thus clashing self-interests. Fighting this is fighting human nature and nature itself.

2) This challenge gets harder when we are forced to pretend we all just get along, rather than recognize bigotry and racism are hard-wired human defense mechanism that date back to our collective tribal heritage as a human animal.

3) Racism either needs to be an accepted vice like drinking crappy premium beer, or it needs to be equally critiqued regardless of the perpatrator or the victim. We can’t have acceptable racisms and Â¡RACISM!s. We live with it and cope or genuinely repress it. Pastor Manning lays it out below.

4) Keith X. and Kevie-Kev are disgusting because they try to have it both ways. My bigotry is !RACISM! We can either embrace reality, or pursue the white whale of ideology, but not both. Sane people accept that diversity is contrary to reality.

5) Freedom of Association is what needs to be restored in the USA. Let us have our small, dying towns of Hookworm Junction. Let Kevie-Kev hang at his favorite gay latte shop. Keith X should ascend to The Honorable Elijah Muhammad’s Mothership as soon as he can build the rocket. The closest we will ever get to racial peace in a diverse Amerika is to let everyone find a sweet home somewhere, and stop trying this “we are all one” nonsense that has brought us nothing but racial enmity and dysfunction.

Fixing The Trabant | Read Between The Lies (#1)