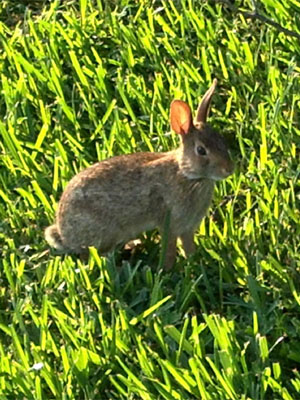 Having been a man of the world for over a decade now, I have spent some time observing the sleeping habits of American and European females.

Over time, a few notes have been etched in the back of my brain. For example, modern women must maintain the illusion of control at all times, so let them tell you what to do and then do what you must. They will test you in public to see if you’ve caught on. Pretend you haven’t for five minutes.

Then there are the common sense methods of staying in control. Never show up on time. Never apologize unless you were mistaken. Don’t argue; work around them. Always ask them what they want to do, so they don’t put the onus on you. If they make a suggestion, make both of you do it no matter how stupid, so they can’t criticize you later for not having acted on the “obvious.”

Toward the most recent end of my career as an observer of the modern woman, another truism has emerged. Beware of sudden touch. Modern women like to retreat into their happy places, which usually have degradingly immature symbols like stuffed animals and kitty pictures, because the grim reality of the meat market is too much for their minds. This means that much of the time they’re not here in reality with you. Be careful when you touch them, or you may jolt them back.

When they are asleep this is most obvious. Modern women don’t sleep well. Not only are they drugged on caffeine and brain-warping food additives, but they are extremely unsettled. They live with more doubt than certainty and tell themselves comforting lies. When they sleep, they are restless, but if you touch them before they are prepared, be ready for a freaked-out and possibly violent female.

A modern woman asleep is both resting and escaping. She is in her happy place, she thinks. In her dreams, teddy bears and fluffy kittens cavort under inexhaustible sunny blue skies. But to have a happy place, you first need to have something to run away from. She is running away from so much that a sudden touch may launch her into panic.

I don’t think this is the result of sexual abuse. For one thing, the touches don’t need to be sexual. If a girlfriend touches her, a woman may freak out just as much as if a man does. What seems more obvious is that women are expecting interruption by a reality that they fundamentally do not like and want to keep away from as long as possible.

Many of us know why modern society is hell, an equal combination of permissiveness empowering only the lowest common denominator, and a nanny-state enforcing a paint-by-numbers version of work and culture that dumbs everything down to the meaningless and boring. We know that its roots in egalitarian altruism make it a social control mechanism, replacing governmental control. We know not to trust its motivations since it is in the hands of the merchant classes of international origins. And finally, we’re cynical because democracy is a farce since the largest section of any population isn’t bright enough to be anything but narcissistic, self-deluding and thus easily manipulated by dollars or temporary popularity points.

Most people are aware of this on some level, but can’t face it head-on. Instead, they create hiding spaces for themselves. Their default behavior is to go to their happy space when they’re not required to do something, like go to class, or work, or figure out their income tax or go shopping. They just withdraw.

Most American and European women had parents like this, and the parents treated them like expensive dogs as a result. Parents did not want to be interrupted from their happy space, so they started to see their kids as interruptions who needed to be managed. Put in front of televisions, distracted with toys, forced into activities. This made another generation of people who are reality-averse.

The result is that people are basically constantly watching a television tuned to their own channel. When you touch them and interrupt this, it upsets them because you have violated their “right” to be in their happy place whenever they can. In their view, it’s just not fair.

The guiding principle of modern society, equality, quickly becomes “my needs come first and no one can tell me no.” This leads to us each becoming islands of our own selves, isolated exchange when we need to engage in some transaction. Sex, which is a surrogate for love, is one of those transactions.

Women raised in this time are used to other people having a my-needs-first outlook and so have adopted it for themselves. The result is that when they’re in a relationship with you, they’re using you and expect you to be using them. When you touch them outside that script, it’s like a shocking confrontation with reality.

That shock makes them feel ashamed, ignorant, foolish and delusional because suddenly their happy place just isn’t as real as the rest of reality anymore. It has been revealed as a facade. When they get angry at you, the source of the anger is in having lost their facade, not any actual sin you have committed.