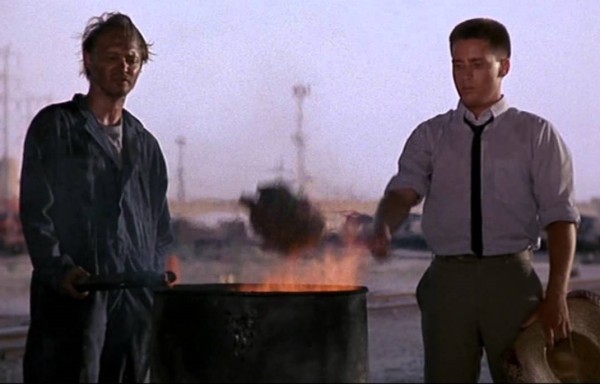 Conservatives do not acknowledge enough that modern life is hell and all sane people should feel perfectly normal for hating it and wanting it destroyed.

We are daily submerged in the tyranny of the lowest common denominator, which results in a rat race for the more banal, venal and meaningless interpretation of any aspect of living.

Most people have submitted to the order and accepted that this is just the way things are, which in turn corrupts them by removing their internal gauge of what is good. Jobs: 90% of what we do is unnecessary pro forma busy work to feel important. Behavior: shove the costs of your self-interest onto the group, hiding it with public acts of altruism. Living: food, water and activities are dumbed-down, semi-toxic and expensive varieties of the real thing, and all people are insincere. Cities: cram too many people into a space and force them to “tolerate” each other, making all of them give up on life. It is slow spirit-death every day.

We went down this bad path when we adopted democracy, which is the political wing of the idea of individualism, which states that instead of fitting in to a larger order based in purpose, the individual is is that larger order and can invent purpose to suit himself or herself. That sabotaged the idea of enduring values, goals and meaning. It made life the means to the end of individual desires, which reduced everything to the lowest common denominator.

No other cause existed for this. No other reasoning is necessary. We made a bad decision because we made a selfish one. It was just a screwup. All other bogeyman — the Rich, Jews, Blacks, Christian, Communists, even Hitler himself — are intervening causes arising from this original bad decision. We can change this bad decision at any minute, and it is not a complex fix, but it requires us bathing in the blood of our real victim, which is the human ego.

We need to stand up and say: no, we are not each the center of the world, nor is the world something we control. We are each part of it and working together we can escape Hell, but working for ourselves alone, we can only perpetuate it.

People have no idea how easy it would be to put the car into reverse and zoom straight back out of Hell. It would start with someone saying loudly, in public and for all to hear — and as if forbidden by Devils this never happens — that our problem is the reign of the Ego. That no, we cannot make choices as individuals; we have to decide as a civilization, for the sake of past, future, nature and everyone together, not as special interest groups.

The instant that happens, the bad people among us — and they are there, like mosquitoes at a campsite — will start panicking because they know their era is over. When we have purpose, bad actions stand out because they contradict that purpose. When we have social order, people who behave like lunatics, idiots and devils stand out. That is what they wish to camouflage, and their chosen method is the Reich of the Ego.

I am not saying that we need a religious order, alone. Not that we need a cultural order, alone. We need an order, period, and that will involve religion, culture, heritage and values acting together instead of as separate special interests. But first and foremost, it involves individuals giving up the pretense of being God and instead selecting a social order to which we all submit for the greater good of not just ourselves but everyone else and all else.

Only through that can we escape Hell, and experience for the first time the actual world out there, feel the wind on our faces and see the sun on the horizon. We might even get a glimpse of Heaven or something like it, and, laughing playfully, begin walking that way.

Truth and consequences | The President, The Donald and the coming dictatorship