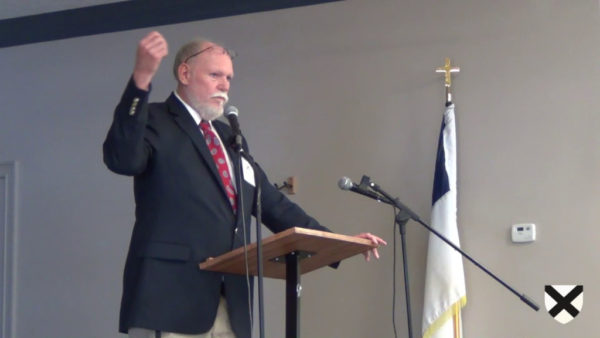 Stormfront, the controversial and long-running white nationalist and racially aware conservative website which was memory holed by Silicon Valley action recently, has precipitated a new development: a conference in its name.

The conference, running from September 29th to October 1st somewhere in Eastern Tennessee, will feature speeches and activity groups designed to further racial awareness and nationalism in North America. As the press release reads:

Dr. Michael Hill, the courageous and eloquent national leader of The League of the South, the largest and most prominent Southern Nationalist organization in the United States, will be joining Billy Roper of The ShieldWall Network, Matt Heimbach of the Traditionalist Worker Party, Father Francis of StormFront Radio, and many other Nationalist leaders and spokespersons at the StormFront replacement conference being held Friday, September 29th through Sunday, October 1st, in Eastern Tennessee.

The conference is free for all vetted and approved Nationalists who would like to attend, at no charge. This meeting will focus on activism, with breakout sessions, seminars, and discussion forums on future tactics and strategies for our movement. E-mail [email protected] ASAP to RSVP.

Its appearance, along with the March Against Communism armed protest to be held in Charlotte, NC on December 28, shows what observers warned Silicon Valley might happen: driving the far-Right offline will cause an expansion in real-world networking, which in turn means more radical challenges rising to the Leftist status quo.