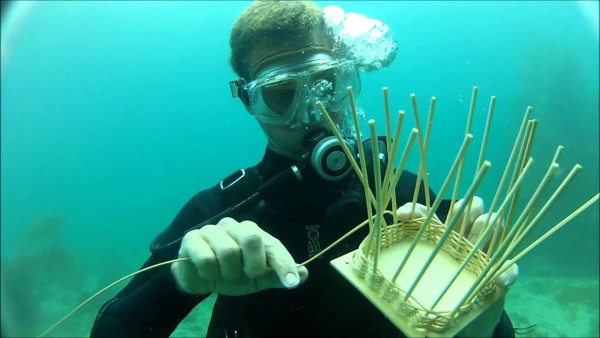 The thesis of this site is that social factors took over the West and led to its current liberalism and decline. When we mediate our decisions with reality, we do OK; when social factors take over, pleasant illusion is rewarded more than the less-exciting process of maintaining civilization.

In a socially-mediated society, the main goal is to sell yourself. You convince others that you are a good guy or gal by showing that you mean well and contribute. The best way to do this is not through the humdrum process of keeping the trains running or water clean, but through a gushing gesture of altruism and compassion for the less fortunate by “helping” those who are in desperate straits by their own choices.

This is why for the past centuries it has been clear to people that to get popular, you help The Poor™ which means finding any group of cashless people and doing something for them. Whatever happens once the news cameras leave, …well, who cares? The whole thing is advertising just like banks giving away free toasters and politicians kissing babies.

Conservatives in particular are afflicted with this disease. We recognize that most people are in dire straits through a consistent pattern of reality-denying decisions, resulting in a state of intertwined dysfunctional behaviors. This makes us social Darwinists who see self-interest as the path to rising above the rest who are, in fact, the ones keeping themselves down.

But then we feel guilt. How is it that I drive to work in this nice comfortable air-conditioned car, and go home to a beautiful wife and kids in the suburbs, while Treyshawn, Manuel and Yang live in miserable ghettos and eat junk food? We second-guess the order of nature and God, and it makes us even more pathetic than liberals, who know what they are doing is a lie. Conservatives are true believers in the church of trying to help

If anything we need a restoration of the morality of self-interest. If what you are doing advances your civilization, and in doing so you succeed, let everyone else face their own fate. They either chose it or were predestined for it and there is nothing you can do. Instead of feeling guilty for what you have, make sure you are using it wisely.

For instance, many conservatives live unnecessarily opulent lifestyles. It is not enough to have a nice 2,500 square foot house in the suburbs but because important to have 5,000 square feet in a tony neighborhood. That Honda or Volvo is not good enough; move up to BMW or Mercedes. Your neighbor bought an internet-connected stove that alerts Twitter when dinner is done? You’ll need one too, then — or not.

The reason people get on the false humility needle in the first place is that by dedicating some of their time to these absurd activities, they buy off their own guilt for the rest of their lifestyle. They can feel better about their ludicrous spending and the mountain of discarded gadgets and food packaging they leave behind. Guilt is salved by public acts of nice.

And yet, it is not. Those who are not thriving will always resent the thriving (with the exception of a one percent who will be busy working toward thriving; this is evolution, too). There will always be poor, drug-addicted and mentally scattered people. We cannot change this, except by not importing more of them. But the condition of suffering is the norm in most of the world.

All we can do instead is to lead with our own choices. Instead of acquiring mountains of plastic crap, pile up a few good things of high quality and use them for a lifetime. Spend your time on your family, friends and activities in which you can show mastery. Dedicate your former charity time to getting to know God and Nature.

Of course, this message is not convenient. Throwaway actions for The Poor™ will always be popular because they are isolated to a few instances and the rest of life remains untouched. What I suggest demands re-ordering our worlds around actual value instead of the appearance of it. But in the end, it is the only way to really satisfy oneself and drive away the snickering monster of guilt.

The Essence Of Liberalism Is Egalitarianism | The Origins of Cuckservatism: The Slow Retreat, The Benedict Option and “Exit”