If you spend your time working toward greater knowledge and clarity, you will some day stand on a promontory of realizations high above the thronging masses. 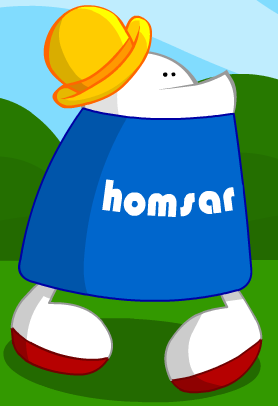 If you are also learning for “inside out” reasons, meaning you want to improve yourself and make yourself more effective, this will be painful. You will see how easily human life could be more meaningful, less wasteful, and more fruitful; you see the gap between that plan and any plan your fellow citizens will invent to be painful.

After all, if you’ve made it that far, you recognize their motivations and see why they won’t ever really change, even as they make nearly infinite motions of radical change. They’re like the college hipster: wearing outlandish clothes, doing the opposite of what is expected, and always into some “outside the norm” topic like Buddhism, eye booger recycling or the martial arts of the ancient but tiny Huakading tribe of the South Pacific. It’s gotta be different, you see.

Of course, if your motivations are “outside in,” meaning that you are trying to make yourself gain social status so that in turn you become more powerful, as soon as you get learning you’ll start feeling really good about yourself. Look at how far you left those others behind! They’re peons compared to you. You know the truth, and it does make you a better person. So any time they bring up their dingy and stupid ideas in conversation, you’ll set them to right.

But then that defines the crowd and the thinker: the crowd is outside-in, and the thinker, inside-out. The thinker has transcended a need for self-affirmation through external objects; the thinker assesses whether a thought has validity, and then truth, and moves on from there. The crowd wants to use thoughts that seem true as a means of advancing themselves. It’s the same sad old human tale of a bucket full of crabs, each trying to climb to the top, not realizing that real power is outside of the bucket.

They will however continue to use their “ideas” against you, and will hoodwink others into believing these ideas, which they will then repeat in their attempts to rise in the crab bucket. They feel that if they get in a sharp word, a clever retort, a moral judgment or a zippy comeback, they have Won. In the game of immediate social discourse, they have; people laugh, and opinions are formed. In the long term however, they have only won with that insular, inbred and self-affirming group of low-confidence people who fear reality.

The best word for these people is “sophomoric,” from the Greek terms for wise fool, because they like so many others have gained enough knowledge to think they know what they’re talking about, but not to recognize the patterns and life cycles of their topic. As a result, they are like superstitious witch doctors, saying “before it rained last time, we killed a virgin. If we do it again, the rain will come” — they have compared one detail in a before/after setting, and made the conclusion that this detail is the cause of their desired outcome.

Our most popular sophomoric “wisdom” today:

All of these fears — fear of the more competent, fear of lack of autonomy of the individual, fear of power — boil down to a single human trait: fear of incompetence. I don’t think any longer that death is what we fear; in fact, I think many embrace death because it ends their lives without requiring their own intervention. What we do fear is powerlessness, insignificance, being left out, and so on. So we create a herd mentality that obligates others to include us, immediately fostering an environment of servile insincerity.

Our sophomoric reasoning may have arisen from any number of potential causes that are also its effects, like egalitarianism, religious strife, class warfare, lowered intelligence, populism and so on. But decay is a complex process that rarely has a single starting point; instead, it has many potential starting points from which the disease spreads to all others. Think of the organ systems: if the heart starts to fail, so do the lungs, and eventually the brain, and if any of those started to fail first, the process would happen in reverse. It’s not a linear process but a parallel one, like all complex things in life.

We insist on a reality that feels good to us. We use it to make others feel happy so we can sell them products or ideas. Then, we are dismayed that we have obscured actual reality, and people prefer the fake reality. It’s like the mice in the lab experiment where pushing a button gets them cocaine; well, who wants to go back to dreary lab cage reality when there’s coke around? They push the button until they starve.

The smartest among us have been talking, for many centuries, about “waking up.” We live in a dream, they remind us; a dream made of our combined populist notions, democratic votes, consumerist marketing and social/politeness viewpoints which we trade around like Monopoly money. Our decline has gotten to the point where we cannot talk honestly about even the most basic aspects of our society, so we do not make decisions, so the process continues unraveling while we sit in the middle like neurotic rape victims wondering what’s happening to us.

Each generation passes these problems to another. The positive way to look at this is that they solved the problems they could, but are leaving the ones they could not. It’s time for us to accept the fear of speaking taboo, and very professionally sidestep it, so we don’t leave our children even bigger problems. Life is worth living and so it’s worth living well, which means we need to abandon the sophomoric tendency of picking only the few attributes of reality we want to see, and instead, we need to start thinking structurally about it, considering every factor at once — but that requires that first we get honest with ourselves.