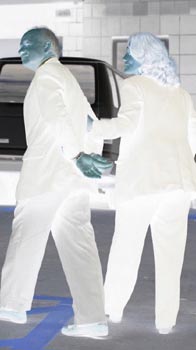 In our modern time, we like to show how enlightened we are and talk about “big concepts” like relativity — as long as they confirm our viewpoints, and let us go back to doing whatever it is we do in our personal sphere.

For all our blather about relativity, we don’t understand that we are part of any equation, and that it not only applies to us but refers back to us.

Those who are free of this delusion recognize that no statement exists in an absolute context, and that we self-reference by any statement we make — and that if we don’t recognize that, we’re solipsists who assume the external world is part of ourselves and that we reign over it like gods, not needing to see or reveal where we fit in the equation.

We can see this most clearly in some of the socially-popular memes that people use to “justify away” ideas, or explain why they’re not relevant. Here’s the first:

Person 1: As you can see, each nation that adopted crack smoking as a national passtime is also deeply impoverished.

Person 2: Correlation is not causation, therefore we cannot assume the two are connected.

They say “correlation is not causation” as if to imply that if you find a correlation, it’s proof of an acausal relationship.

That of course ruins an easy way of explaining away troubling trends, and so is not popular because like all things that show us they’re a problem, it demands we either fix it — or face our own reluctance, cowardice, powerlessness or other lack of ability to fix it.

Here’s another case of solipsism in argument:

Person 2: This guy really thinks he knows what he’s talking about.

Person 3: You’re implying that you know better, and therefore, you really think you know what you’re talking about.

Here we have an inversion: accuse others of what you are doing yourself. If someone says something you don’t like, imply that they’re placing themselves above others as an authority — ignoring the fact that you’re doing the same by presuming to judge their intent and viability of their argument.

Ignoring the inversion presents a problem because it allows people to imply authority through passive aggression, and as a result, use that assumed authority to tear down anyone with an idea other than the status quo.

And with humanity, the status quo is always solipsism. “I want to do what I’m doing now, and I don’t want you to interrupt it, no matter what the consequences may be.” Defending personal autonomy is seen as more important than dealing with consequences, and to avoid conflict, we avoid attacking personal autonomy — which allows people to continue doing stupid, bad, destructive, passive, erosive and corrupt things.

Unless they’re so blatant as to get caught, or be seen doing them in public, of course. But Plato was hip to our inversion and solipsism as well, when in his parable of the ring of the Lydian Gyges, he says that given a ring which confers invisibility, a bad man will hide his bad deeds and show his good deeds, while a good man will hide his good deeds and show his bad deeds, so that good men appear bad and bad men appear good.

That’s the ultimate inversion, and one common to any social circumstance including a civilization, so the one most likely to be its downfall.