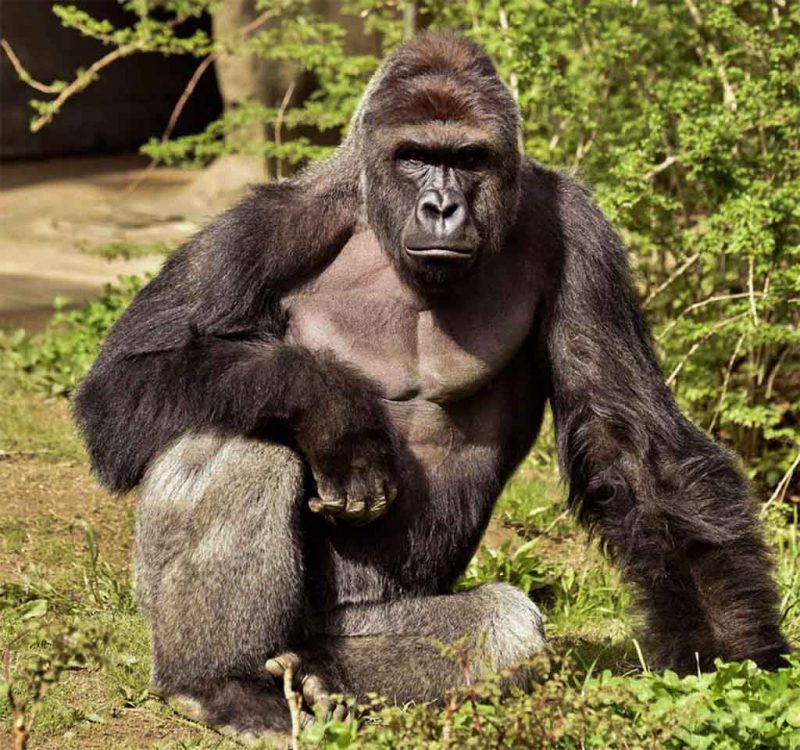 Who is the Atlantic Council? Literally a front org taking marching orders from the CIA: https://www.cia.gov/library/readingroom/docs/CIA-RDP88B00443R000100550001-3.pdf

Far-Leftists see themselves getting censored but mainstream Leftists getting away with murder, and wonder how this can be done. This bypasses the simple fact that the far-Left might scare away the moderates and Center Left, so is disadvantageous both to business and large corporate sponsors who lean Left.

The commonality between the link removed, and the comments, were that they both mentioned “The day of the rope.” The link was from 4 months ago, and the comments were from 7 months ago so it wasn’t like they were related instances. AEO is likely scouring the whole site for this phrase and wiping it clean.

The question is, why is Reddit (and presumably other big tech companies, given their history of close collusion) suddenly so worried about a thought-form like “The Day of the Rope?” A day where the people rise up, and collectively slaughter the cultural hegemons and their collaborators who have been actively trying to destroy them for at least 100 years, if not longer? Worried enough that they are going to scrounge through their backlog and delete any and all references to the concept? Even when those references are opposed to carrying it out.

It could all be a coincidence, or prompted by “We Wuz Kangs” month (black history month). But I tend to think there is more to it than that. The mass distraction that was the impeachment hoax is now over. The deep state lost, and the months we wasted hearing about that nonsense is over and they are worried. The time of revelation is fast approaching where we, humanity as a whole, find out about the true depravity of our “elites.”

Sounds like fear to me: a phrase that could unite a group in opposing the status quo would be bad for business and the large Leftist businesses, perhaps purchased by DNC or CCP cash, that dominate Big Tech.

On the other hand, let me advance a simpler theory: people are far less competent than we think (I believe this in fact is the great revelation coming, namely how inept and helpless our modern society is against problems we would have solved overnight in the past).

Not only are they less competent, but it difficult to find people willing to go through the censorship queue because it is a thankless job, not just for all the horrible stuff that people post on a regular basis, but because the only safe decision is to rip out anything controversial (example).

With that in mind, it becomes clear that the people doing the censorship will vary to some degree, probably not be the top-line personnel, and will make decisions based on what they know, which will be very little.

Even more, the higherups have one goal: avoid scandal. Any time the press vomits forth a story about how something horrible was posted on social media, investors and partners (like Google, upon whose gracious algorithm benevolence Reddit utterly depends; without it, Reddit would have no value, since it is essentially an SEO farm) lean on Reddit. This makes it an easy calculus: no one is offended by the usual social decay stuff like pornography, self-harm, insanity, transgenderism, drugs, crime, and Communism. These are recognized forms of blight. Our society leans Leftist, so even radical Leftist opinions are welcome, up to the point where you get to the real lunatics who (like the post quoted first in this article) actually threaten to blow up Reddit HQ for having censored some Marxist rantings.

This shows us a big unconscious process where neurotic Leftists in power, their unmotivated and uninformed underlings, and a giant group of mostly sociopathic and mentally deranged users come together to become one of nature’s greatest eclectic gibberish generators. The admins watch over this and remove anything controversial, taking extra care to yank out anything Right-leaning because the only person you can hire for that job is a toilet Leftist for whom a condo in San Francisco and enough money for luxury lattes is “living the dream,” which results in anything interesting being removed.

Of course, that will eventually backfire, as it did for MySpace. No one cares. The owners want to build up the site and sell it, then retire with their hundreds of millions to post-apocalyptic shelters in New Zealand. The clueless employees just want something good on their CV so they can move back to their small towns, talk about how they made it big in San Francisco, and finish life as clueless and inept managers at their local CVS. The users are probably mostly on government disability for insanity or otherwise immobilized in basements, trailers, dead-end jobs, and asylums.

On this site, I write mostly about “unconscious tyranny,” or how humans stumble into death patterns by doing what seems to be the right thing; the primal archetype of this is Crowdism, or how groups pay more attention to each other than the task, and end up compromising their way into reality-denying solipsistic oblivion. Big Tech is another. Companies form around ideas, but those ideas then turn out to be fragmentary and not actual business plans, so those companies then scramble to monetize and get out before the value of their fifteen minutes of fame goes away. To realize this vision, they hire lots of people who can speak the code of the computer, but have no concept of the more nuanced codes of nature, business, society, and hygiene. In turn these sites attract people with nothing better to do, which means the retired, insane, alcoholic, or in dead-end jobs.

In other words, the blind are leading the blind here. They censor anything potentially offensive, which means mostly Right-wing content but some far-Left content as well. They also take orders from their social group, which coming from a coastal city means far-Left itself, since it has been trendy, iconoclastic, and defiant to be a Communist for several generations now, even though if they thought about it they would see that this means that they, like teenage goth-rockers, are rebelling in ways that do not hurt the Narrative or the power structure. Atavisionary answers his own question here:

Update: A national anti-lynching law was passed by the house a little over a week after this post was made. Seems it isn’t only reddit that is worried.

In other words, cause and effect went out: if an anti-lynching law is going to pass, there needs to be excitement within the Leftist base for the thought of bashing back lynching, so it is a good time to delete any mentions of lynching. In addition, the bosses want it gone so that The Daily Dot or The Register do not mention “we found five thousand — FIVE THOUSAND! — calls for lynching on Reddit” and endanger that sweet flood of Google cash and search engine placement bucks.

This shows us one of the methods that societies use to drive themselves insane. They remove anything which offends any member, which means that the amount of things that can be discussed falls to very few, which means that no one bothers discussing anything because it is futile with the NewSpeak terms used, and so soon you have an ugly little echo chamber.

Reddit is not alone in this. All of social media has fallen prey to this because when one is a public corporation, avoiding offense and bringing in lots of warm bodies takes precedence over any concerns for quality of discussion.