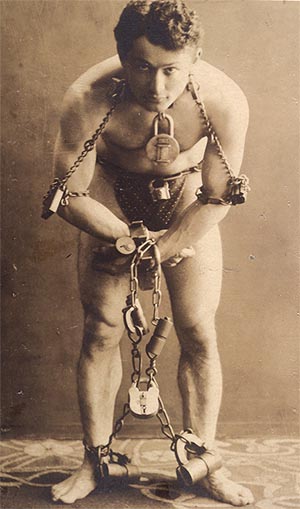 Despite the highly public voices you hear whining, people seem to not only tolerate but love their Nanny States.

In this post, I’ll unleash a controversial thesis: that people love their Nanny States not only for the benefits they receive, but because they distrust their neighbors.

Further, I’ll point out that extreme individualism inevitably becomes narcissism or solipsism, and that it’s an unhealthy value — but one that only becomes nurtured when a civilization is so far gone that trust is a luxury no one can afford. Alienation, anomie, isolation and atomization breed more individualism, not less.

We could start off by looking at some of the greatest Nanny States in history in the context of their times. Revolutionary France, for example, provided a great amount of social benefit, and the world’s first truly modern secret police system to persecute dissidents.

The example of Soviet Russia gets beaten like a tin drum, but we should remember that the Russian revolution was a quest for equality, by people who each thought they as individuals should have more than they were receiving.

An even better example however is the victors of World War II. Determined to not be like the “mechanistic, automaton-like” fascist states, they endorsed individuality… which meant that individuality needed protecting. Government agencies proliferated.

This is one reason why Libertarian feeling has also grown in these states: some people remember the good old days of the early 1970s when most parts of the nation were run on trust, goodwill and a lack of paranoia. But now? If we’re not worried about threats from without, we’re worried that our specific ethnic/gender/cultural/religious group is being discriminated against.

It’s a strange path from individualism to the Nanny State, but if you stop and think, it makes perfect sense.

As they were fond of saying in the old school America, “The road to Hell is paved with good intentions.” Individualism sounds good. We easily confuse it with independent action, which is the basis of any healthy society and the opposite of the Soviet herd-state. But not all individualistic actions are independent; many are simply selfish, like not all entrepreneurship is automatically good. Independent action means one’s own interpretation of an action which achieves a goal for the team; individualism, and its inevitable decay-state solipsism, means acting for oneself at the expense of civilization.

Three groups in modern society are battling it out over this idea. Leftists demand ultimate equality, but quickly see that equality requires a strong centralized state and strong decentralized culture of vengeance-against-transgressors-of-dogma to enforce it. Modern conservatives, neutered from their paleoconservative roots, have adopted the liberal cry for individualism but have tempered it with some notion of enforcing traditions on us. Libertarians have thrown it all away and demand basically anarchy, with some conservative logic in the form of Social Darwinism behind it: without the Nanny State, the smartest and best can rise again without being hampered by the legions demanding equality. However, most Libertarians don’t understand this and get sidetracked into talking wide-eyed about “freedom” and “non-coercion” like anarchists, who seem to believe that we can do away with civilization and still have its benefits.

An article at the BBC puts its finger on this split:

We are holding to an unhelpfully sophisticated view of ourselves if we think we are above hearing well-placed, blunt and simply structured reminders about being good. When we fail to be kind, we are not usually happy about our lapses. The mature sides of us watch in despair as the childish sides of us trample upon our principles and ignore what we most deeply revere. We may begin to wish that someone could come along and save us from ourselves.

The true risks to us turn out to be different from those conceived of by libertarians. It is not always or even primarily the case that we find ourselves at the mercy of some external, paternalistic authority whose claims we resent and want to be free of. Only too often, the danger runs in an opposite direction. We face temptations and compulsions which we revile, but which we lack the strength and encouragement to resist, much to our eventual self-disgust and disappointment. – BBC

Translating through all of the careful nimble footsteps around various political hot issues: every society needs unifying values and a consensus as to what is important, so that people can work independently toward that goal and be rewarded by society at large.

Even more, the article suggests, it’s not terrible if government suggests this to us. And with that, it has pushed as close as it can to a rational concept. Do we want government administering values to us? No, if we think about it — large bureaucracies, if they’re bad in corporations and organized religion, are worse in government, which drowns in having too many options and too few accountabilities. We’d be better off if most people in our village or city agreed on an organic level about what was good and what was bad, and we could reward the good in each other and shun the bad. That, while closer to the Libertarian ideal, violates another Libertarian ideal which is that the individual is more important than culture or collective values.

This conflict does not go away. We either assume society is like a shopping mall, where services are sold to individuals and it all magically maintains itself against decay, or we suppose that society is like a sports team, where we all work toward a goal. If the former, we end up with a quasi-anarchy where our values are derived from television, marketing and government pamphlets. If the latter, we have to make sure we do not end up in the excesses of Communism or fascism/Nazism.

The Nordic countries provide an interesting guide. Their ideal, while they claim it is not leftist, caters to the base impulse of leftists, which is an absolutist individualism. Their ideal is a society where each person is an island and does whatever they desire, so long as they can pay for it thanks to their job, and they’ll need support from the state as well, so we create a large bureaucracy to do that:

At the World Economic Forum in Davos this week, the five Nordic governments are to present a really interesting paper on “The Nordic Way”, which sets out to challenge what it calls the “half-truth” that Nordic voters are simply rather left-wing and wedded to a big, intrusive and conformist state. Nordic voters like the state but are also exceptionally individualistic, the paper asserts. The circle is squared because Nordic voters believe that the state (which usually works pretty well in countries like Sweden) is the best referee and guarantor of their individual freedoms.

The most interesting part of the paper, written by Henrik Berggren and Lars TrÃ¤gÃ¥rdh, posits that when it comes to things like state versus private ownership or merit versus equality based pay, the Swedes are not especially leftist:

Though the path hasnâ€™t always been straight, one can discern over the course of the twentieth century an overarching ambition in the Nordic countries not to socialize the economy but to liberate the individual citizen from all forms of subordination and dependency within the family and in civil society: the poor from charity, the workers from their employers, wives from their husbands, children from parents â€“ and vice versa when the parents become elderly…legislation has made the Nordic countries into the least family-dependent and most individualized societies on the face of the earth. To be sure, the family remains a central social institution in the Nordic countries, but it too is infused with the same moral logic stressing autonomy and equality. The ideal family is made up of adults who work and are not financially dependent on the other, and children who are encouraged to be as independent as early as possible.

Remember that this paper is not some airy-fairy exercise: it was written for Davos and endorsed by the Nordic governments. It goes on to suggest that there is such a thing as a “Swedish theory of love”, which believes:

authentic relationships of love and friendship are only possible between individuals who do not depend on each other or stand in unequal power relations. Thus autonomy, equality and (statist) individualism are inextricably linked to each other.

Finally, “The Nordic Way” cites a paper that compares Sweden to Germany and the United States, when considering the triangle formed by reverence for the Family, the State and the Individual. Americans favour a Family-Individual axis, this suggests, suspecting the state as a threat to liberty. Germans revere an axis connecting the family and the state, with a smaller role for individual autonomy. In the Nordic countries, they argue, the state and the individual form the dominant alliance. – The Economist

In my mind, the Nanny State is a vision of hell. The Nordics correctly describe it: each person expects nothing from anyone else, and is dependent on their job for income to handle every need they have, like capitalism with a heavy finger on the “fast forward” button. Why would we want a society of atomized individuals?

There can be only one answer: if we do not trust others, and do not trust their values, we feel we are already atomized — and so we do not want the state to obligate us toward anything more than our own desires. This de facto anarchy, combined with consumerism and a Nanny State that wastes a lot of time and money on campaigns that are destructive but probably not unbearably so in our personal lifetimes, represents an ideal escape from having someone insist that no, we must work together, and either fight it out with those who oppose our ideals or change our own ideals.

As Nietzsche pointed out years ago, words are troubling things because there is no guarantee that they are bound to their meaning, and even less likelihood that they represent a cause/effect relationship; more likely, they are like pictures at a museum showing us “solutions” where effect is demanded and cause is assumed to follow, in exact inversion of every relationship we have studied in the universe. We can use pleasant words like freedom, individualism, liberty, fraternity, etc. but underneath it, we seem to mean: I don’t trust my neighbors. Cut me free, and even though that is a path to doom, it’s a slower one that having to be tied to these idiots.

Well, class… can anyone think of any solutions to this little debacle?