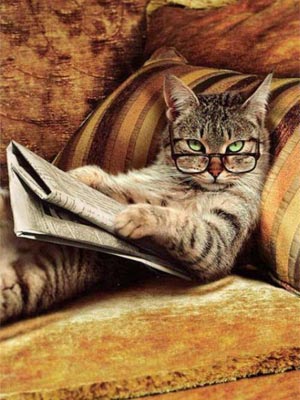 There are some fundamental questions you don’t just avoid at cocktail parties, but in any of the small hours of the night. They shake you.

One is the eternal question of whether beauty in life is skin deep. You look out over a peaceful meadow, and then it hits you: this very minute, some cute fuzzy creature is in the agonies of death, being torn apart as prey.

We evolved through a process of horror — so horrifying, in fact, that we often can’t find spirituality in it at all. Monkey killing monkey, ape cannibalizing ape, and then a long history of warfare. Many lonely deaths in forgotten fields, many disgusting and degrading last moments.

But yet, after all of this, we are here today with intellects and options as individuals. We may not know where we go when we die — I’m hoping the Hindus are right here, or the Christians — and we lack any kind of proof of it, but the very beauty of the experience of living makes us think it’s all more than skin deep.

In other words, that the horrific and awful has a beauty to it, too, — namely that it is necessary for beauty.

Without conflict, nothing gets resolved and stagnation takes over. That’s a form of ugliness that isn’t ugly, it’s just not beautiful. It’s nothing: no motion, no change, no growth, no increase, no decrease. Imagine yourself becalmed on a featureless ocean. True stagnation is pure absence.

Those painful deaths, great injustices, bloody talons of predation and even the body-wracking diseases that subjugate us so thoroughly a cry to the heavens is our only recourse — they all serve a purpose, even if an indirect one.

Together, darkness and light make light. What we think of as “good” and “light” is our perspective as a creature within the world, but isn’t of the world itself. The world itself makes light of positive and negative balancing each other, goading each other on to out-compete each other like cops and robbers, cats and mice, security and hackers.

Part of admitting that beauty is more than skin deep is to give up on our easy world of categories. Normally, we can look at something and say “well, that’d freak me out or scare me if it happened to me, so it must be universally bad” and we have a halfway decent chance of having other humans agree with us. No one wants to die, be diseased, be victimized or get their upper lip caught in a rotary press.

Not everyone can accept that in order to have beauty, we have to do ugly things. Like go to war. Like throw some people in jail or execute them. Like take monies from the special education department and use it on promising students instead. Or even give up on a vision of a peaceful world where everyone gets along.

Liberals are linked to larger anterior cingulate cortexes, a region that “monitor(s) uncertainty and conflicts”, it said.

“Thus, it is conceivable that individuals with a larger ACC have a higher capacity to tolerate uncertainty and conflicts, allowing them to accept more liberal views.”

It remains unclear whether the structural differences cause the divergence in political views, or are the effect of them. – News.com

The news is spinning this as “liberals have bigger parts of the brain that process complexity, while conservatives process fear,” but that’s a misinterpretation. The part of the brain that is most powerful in liberals is focused on uncertainty and conflicts; it’s far from the result-oriented, aggressive region that probably leads to simpler but more definitive problem-solving.

Much of that uncertainty and conflict arises from fear of beauty that is more than skin deep. Liberals don’t like war, inequality, incompatibility, lack of freedom and social ostracization. They would like to believe they can do anything anywhere anytime, and still be part of the team, so they will not be allowed to starve. That’s like wild animals wishing for a suspension of Darwinism.

More realistically, we need to get in touch with our fear. Life is not kumbaya. Life is war. War produces definitive answers, which over time evolve slowly from rough estimations to fine-tuned solutions. Like sandstone shaped by the flow of water, nature evens out the jagged edges into streamlined structures.

That type of progression gets us closer to the process that has raised us up from the rodents and monkeys of the world, which is a slow evolution or increase in ability and intellectual power:

â€œThe brain tries to maximize its bang-for-buck by striking a balance between making more connections to promote efficient communication and minimising the â€œcostâ€ or amount of wiring required to make these connections. Our findings indicate that this balance, called â€˜cost-efficiencyâ€™, has a strong genetic basis.â€

â€œWe found that people differed greatly in terms of how cost-efficient the functioning of their brain networks were, and that over half of these differences could be explained by genes,â€ said Dr. Fornito.

Across the entire brain, more than half (60%) of the differences between people could be explained by genes. Some of the strongest effects were observed for regions of the prefrontal cortex which play a vital role in planning, strategic thinking, decision-making and memory. – PhysOrg

Until we have come to accept the parts of beauty that aren’t beautiful, we have not accepted life itself. It must be this way; if it weren’t, it would stagnate and collapse into grey pointless entropy. Instead, we have more pain — but more gain.

It’s something to think about when you see these simplistic headlines.

Hare and tortoise. A not modern version | A nation divided