Shoot The Nazis If You Want, But Shoot The Anti-Nazi Conservatives First 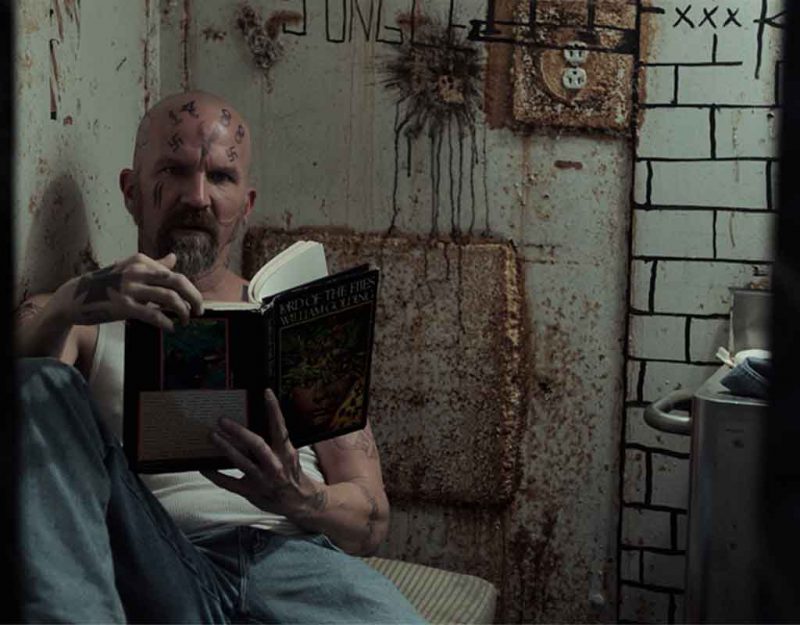 The problems with National Socialism and Hitler should be apparent to anyone: from admirable motives involving protecting the German people, the Nazis made a Right-wing version of Communism that was unstable and therefore repressive, ultimately failing.

Even had the war not come along, the Third Reich was headed for disintegration. It lacked some of what is necessary for a functional society, and tried to replicate those things with an increasingly totalitarian bureaucracy.

Further, it made a fundamental error in thinking. The State will never long lean to the Right, since it demands power, and that requires reducing culture. Over time, it will find some way to justify that under any ideology.

The change we needed was rejection of ideology itself in favor of pure function, and disconnecting entirely from international finance, consumerism, and other ills of the modern world. Germany had to become self-sufficient.

Instead, because of the instability of National Socialism, which both oppressed its people and needed their mass consent to operate, Hitler embarked on a series of relatively pointless warlike actions which provoked the Allies into retaliation.

In my view, expounded here, National Socialism and White Nationalism do not go far enough, and go too far in the wrong ways.

We need to restore civilization, and while preserving race and ethnicity are part of that, they are not the whole, and as a result, excessive focus on these things leads to insanity.

The situation we face consists of a loss of direction. To get that back, we need a list of external things — nationalism, tradition, culture, hierarchy, competition — but also to restore our belief in ourselves, the goodness of life, and the purpose of Western Civilization, which is to pursue transcendental excellence through realism.

By addressing only one of these things and half of another, National Socialism stands in our way and redirects us into a perpetual quest against The Jew™ while ignoring the root of our problem.

Modern Republicans — in the years after William F. Buckley kicked the racially-aware out of the movement — make the same mistake. They think that they can use the Constitution and the American ideology to fix society, when they need other things as well, including racial separation.

This leaves conservatives with two options: race-fanaticism and race-denialism. Neither will do what we need, which is restore a functional society that can rise above the individualism to which humans are prone when not directed at a task.

Mainstream conservatives like to signal that they are neutered and harmless because democracy is based on the fear of individuals. Individuals fear being forced to act and have the consequences of their actions assessed in reality, instead of through the filter of human social interaction.

For this reason, democracies love those who signal harmlessness and fear those whose behavior suggests that they will invoke reality. Race-realism, like any other genetic realism, brings into play the question of how we are not all equal, which makes the individual fear the consequences of being ranked in a hierarchy.

Our modern conservatives like to signal their harmlessness by criticizing Nazis, which lets them affirm through the backdoor that they are in favor of equality. While this makes them into Leftists, or those who are actually egalitarian, it also makes them socially acceptable with the herd.

Egalitarianism comes to us from the genre of ideologies, or those symbolic belief systems which by nature are not found in reality and are highly conjectural, thus unstable like National Socialism. These systems are endangered by the presence of any alternatives, since as non-realistic notions, they are not strictly necessary.

Consequently the first rule of any egalitarian system tends to be a refusal to acknowledge alternatives. The only moral good must be equality; any other moral goods — gods, faith, family, nature, hierarchy — must perish for egalitarianism to be safe from its own irrelevance.

Modern public conservatives achieve their position in life by refusing to mention this irrelevance. They instead pretend that, contrary to their stated belief system, they are egalitarians, endorsing the Fourteenth Amendment ideal of equality.

Speaking out against Nazis, including calling Leftists Nazis, serves their indirect purpose of signaling harmlessness to the prevailing illusion.

For this reason, while we need the Nazis to change their ways, our bigger problem comes from the public Right with its anti-Nazi rhetoric. We can have three views on anything: pro, con, and “other,” including the refusal to mention it.

Conservatives should remember that the Left will never stop calling us Nazis no matter what we do, so we should stop doing their work for them. Consider this trope from the Left in their most popular newspaper:

Rather, the white nationalist president was saying to his overwhelmingly white horde of supporters that white supremacy in a white nation that honors the culture and legacy of white people, at the exclusion of others, was in jeopardy.

Trumpism specifically includes all races, sexual preferences, sexes, ages, and economic levels. He simply took Reagan conservatism to the next level and endorsed America as a method, namely economic freedom plus a culture that is Western European, Christian, realistic, and emphasizes autonomy.

However, to a Leftist, a failure to endorse equality either directly or indirectly creates a threat, since if people realize that equality is not necessary in reality, they might discard it like anything else with high cost and no return on investment.

The Trump doctrine essentially said that there is no return on our investment in equality. Instead of a more prosperous and healthy society, we get a self-consuming society obsessed with perceived injustices and identity-based grievances.

Contrary to the Nazis, however, Trump did not endorse scapegoating. He sees this as unrealistic. He attempts instead to create an intermediate state, a libertarianism plus embrace of heritage American culture, that frees us from the absolute mind-lock that Leftism has had on our public culture since the 1960s.

In doing so, he hopes to create a platform for the future. If we realize that Leftism is a wrong direction and escape it, only then can we see what we would prefer instead. First we must get free of the mind control.

Unlike both Nazis and Republicans, Trump supports the idea of striving toward a goal. He might take inspiration from the ideas of Thomas Sowell, who sees a self-reliant America as a replacement for the egalitarian America of the Left:

Mr. Sowell has shown in his writings that groups that confront and address internal problems are best able to rise socially and economically. “If the history of American ethnic groups shows anything, it is how large a role has been played by attitudes of self-reliance,” he wrote in “Race and Economics” (1975). “The success of the antebellum ‘free persons of color’ compared to the later black immigrants to the North, the advancement of the Italian-Americans beyond the Irish-Americans who had many other advantages, the resilience of the Japanese-Americans despite numerous campaigns of persecution, all emphasize the importance of this factor, however mundane and unfashionable it may be.”

In the end, all are stepping stones. Trump takes us a step away from Leftism so that we can figure out another path; he recognizes that his platform aims for an intermediate state, and he consequently aims like many conservatives to patch up existing America, even if in the long-term this is not a viable path.

For him to succeed, conservatives must purge all Leftism (egalitarianism) from themselves, even their criticism of Nazis, without in turn being seduced by the idea of Nazism, which is that we can keep the modern state but make it “good” by incorporating racialism.