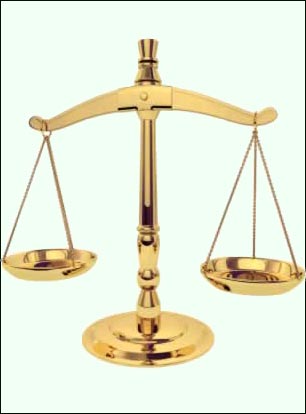 If you want other people to be forced to serve you, create an ideology of total equality.

This ideology exists on two levels:

Who designed this rule, some kind of rapist?

As brave honest people, we should simply clarify the difference between self-interest (part of being equal) and selfishness (denial of equality). For kicks, let’s assume that equality is a sane mode of thought.

Selfishness: I act for myself at the expense of others.

It’s similar to this dichotomy:

Racism: I hate other races, feel they are inferior, and want them to serve me.

Racial self-interest: I love my own race/ethnic group, want to preserve it, and so want to separate from other groups.

Liberals love to confuse the two because it’s to their advantage. They want you to think their dogmatic imperative is the only socially acceptable answer; they want to tar everything that is not theirs with a broad brush labeled “racism, homophobia, sexism, elitism, misogyny and discrimination.”

It’s a public relations game. Make what you want sound good to others, and make everything else sound bad, and they’ll approve it.

However, the racial version of the self-interest/selfishness dichotomy ends up being asymmetric as well. The attacker requests, and you cannot possibly have any good reason for denying them membership in your community.

In this worldview, the only explanation is that you’re a racist.

Except that racial self-interest is as valid for you as it is for them, if we’re all equal, that is.

White Americans saw an even steeper decline in anti-black bias: from 9.1, in the â€™50s, to 3.6, in the â€™00s. But more striking, according to the researchers, was the sharp increase in perceived anti-white bias: Among whites, it shot up from 1.8 to 4.7.

White Americans, in short, thought that anti-white bias was a greater societal problem by the â€™00s than anti-black bias.

The researchers described the patternâ€”which did not vary markedly with regard to age or education levelsâ€”as evidence that white Americans see race relations as a zero-sum game, in which one groupâ€™s gains must be offset by anotherâ€™s loss. – WSJ

As a result, we have to say that yes, race relations are a zero-sum game. One group gets to be in power and gets to make the rules. It’s either blacks or whites. No group exists that has the interests of both at hand.

So when someone approaches you saying “I want this and you should give it to me because I’m equal” you can reply with: You know, we are all equal, in the abstract. But this patch of land belongs to me and my kin. If I let you in, that’s less for us. Eventually, that will put your descendants and my descendants into mortal conflict. So you need to find another patch of land, one that’s equally good, and I wish you godspeed.

That way you refuse the double-standard of egalitarianism, which rewards everything to the asker at the expense of the asked.

Fairfax Countyâ€™s public schools are at the forefront of the movement, nudging would-be honors students toward more-rigorous AP courses, despite criticism from some parents that eliminating honors will have the reverse effect and lead some students to choose less-demanding â€œstandard educationâ€ classes instead of AP.

This fall, Fairfax will discontinue honors-level courses in subjects where an AP class is offered, drawing the ire of parents who want to restore what they call an academic middle ground. – WAPO

The asker here is the demand that all people go to the same high schools.

The problem is that ability levels are different, even among kids of the same background. The AP class is like a prep school, teaching kids who will go to top colleges; the honors classes are like education in the 1950s, meaning that you have to do more than show up; the regular classes… well, that’s for everyone else, which kindly restated means a broad range of kids who are academically undistinguished.

In the name of equality, the parents want everyone to go to school. The schools cannot afford three levels of education. If anything they could afford the top two, and send everyone else to vocational school. But that isn’t egalitarian.

As a result, they will create a binary educational system: AP classes that are too hard for all but a few students, and regular classes that educate no one.

In the end, everyone loses. While the kids who cannot go to AP or Honors classes “feel” they get a win out of this one, the end result is that the education that every student gets is less valuable because it has been dumbed down to the lowest denominator.

For our children, if not ourselves, we should start dividing “self-interest” from “selfishness.” If it occurs at the expense of others, it’s selfishness — and that includes discrimination against legitimate self-interest in the name of equality.

Destroy White Nationalism | Why we use the cheeseburger