Young people are trying to fit into natural selection’s plan, too, so there’s a lot of tension between the sexes. Liberate it and things may — may — function more smoothly.

Mr. Cannon noticed that fifth gradersâ€™ results were largely stagnant, a slump common across the city. He heard about a school in North Carolina that had all-girls classes and was inspired.

So he decided to try it â€” under the Bloomberg administrationâ€™s philosophy of letting principals run their schools as they wish, it was as simple as that, with no special training or monitoring. A few parents expressed reservations at first, but it was popular enough that this year, the middle school around the corner followed suit with its sixth grade.

â€œBefore it was all about showing the girls who was toughest, and roughing up and being cool,â€ said Samell Little, whose son Gavin is in his second school year surrounded only by boys. â€œNow I never hear a word from teachers about behavior problems, and when he talks about school, he is actually talking about work.â€

Interesting hypothesis. Of course, the usual defensive and neurotic types are freaking out and saying really nasty things, showing that theirs is an agenda of revenge and not a positive, life-affirming dogma: 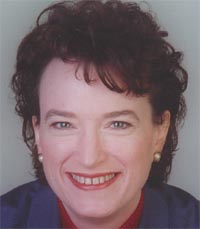 But Kim Gandy, president of the National Organization for Women, said separate classrooms reinforce gender stereotypes. â€œA boy who has never been beaten by a girl on an algebra test could have some major problems having a female supervisor,â€ she said.