Robert Sapolsky and the urge to neuter in Stress: Portrait of a Killer (2008) 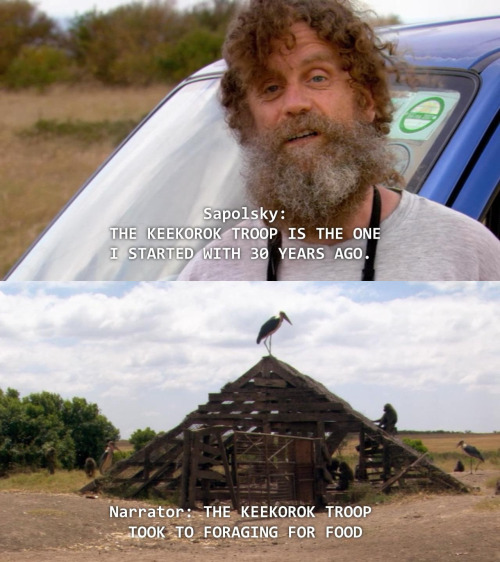 Liberalism wants to remove power. It has two views on power, a public view and a private view. In private, liberals fear power because it requires competence, and competence entails oversight because it allows the powerful to point out where others are acting in illogical or venal ways. The private goal of liberalism is to abolish oversight of the individual, which requires the justification of egalitarianism/altruism to whip groups into a hive-frenzy to implement it. In public, liberals fear power because it results in “oppression,” and their response is to diffuse power through democracy and de-masculinization, replacing it with the Society of Endless Compromise which always defaults to inclusivity, removing oversight and allowing venal and illogical behaviors to be “equal” to intelligent ones.

As part of this myth, liberals enjoy the concept of pacifism. In this mental state, they assume that life would turn out just fine or even better without warfare and conflict. This ignores the fact that most people are unreasonable and that the stronger, by virtue of being more competent, tend to improve conditions by imposing violence on the lesser. In nature, we call this “Natural Selection” and newspapers run the kindly picture of grandfather Darwin. But our human pretense disallows us from realizing the same rule applies to us: evolution occurs when the more competent beat down the less-competent and take their place.

One form of this pacifism myth appears in the interview with primatologist Robert Sapolsky in the National Geographic Society documentary Stress: Portrait of a Killer. Sapolsky talks about his experience with the Keekorok Troop of baboons, and he relates his conclusions as if they were experience, fully aware than an audience of credulous useful idiots will adore him for his precious and passive stand against masculinity, power, violence and anything else that affirms reality over individual human desires, judgments and feelings.

Here is his statement in the documentary:

Sapolsky: The Keekorok Troop is the one I started with 30 years ago.

Narrator: The Keekorok Troop took to foraging for food in the garbage dump of a popular tourist lodge. The trash included meat tainted with tuberculosis. The result was that nearly half the males in the troop died.

Sapolsky: It wasn’t random who died.

Narrator: Every alpha male was gone.

Sapolsky: And what you were left with was twice as many females as males, and the males who were remaining were, you know, just to use scientific jargon they were good guys. It completely transformed the atmosphere in the troop. And this particular troop has a culture of very low levels of aggression and they’re doing that 20 years later. If they’re able to, in one generation, transform what are supposed to be textbook social systems sort of engraved in stone, we don’t have an excuse when we say there’s certain inevitabilities about human social systems.

Let us translate: in this group the alpha males died, and peace reigned. And it has kept going! Why can’t we humans be as enlightened as the baboons?

He does not mention that 20 years is to evolution the blink of an eye, or elaborate whether this troop continues surviving because it is living off the refuse of humans. Then again, that would be a socialist experiment that would make liberals and especially the armchair women pampered with easy jobs or dysfunctional modern family subsidies squeal and shout out in delight how “adorable” it all is.

Pacifism wins the day, and all that scary stuff in life — death, conflict, personal inferiority — is banished. The feeling is religious.

Not surprisingly, the Red The New York Times covered this in pure ecstasy of a passivity-superiority complex:

Remarkably, the Forest Troop has maintained its genial style over two decades, even though the male survivors of the epidemic have since died or disappeared and been replaced by males from the outside. (As is the case for most primates, baboon females spend their lives in their natal home, while the males leave at puberty to seek their fortunes elsewhere.) The persistence of communal comity suggests that the resident baboons must somehow be instructing the immigrants in the unusual customs of the tribe.

That is the Great Liberal Dream in a nutshell: remove the powerful, replace them with foreigners, and have them take care of us in subsidy and happiness forever. The article even states this explicitly:

The new work vividly demonstrates that, Putumayo records notwithstanding, humans hold no patent on multiculturalism.

Multiculturalism = peace, pacifism, love and happiness. Get rid of those blonde meanies who rule over us and we will finally be free!

Like the liberal love affair with the Bonobos, the tribe of monkeys who pacify each other with sex instead of fighting, the Keekorok Troop is a myth elevated to fantasy because it conforms to the liberal agenda.

”We don’t yet understand the mechanism of transmittal,” said Dr. Robert M. Sapolsky, a professor of biology and neurology at Stanford, ”but the jerky new guys are obviously learning, ‘We don’t do things like that around here.’ ”

Jerky guys versus good guys, in the rhetoric of a scientist. How is this science? It is as if ideology went looking for meaning, picked it out of a more complex situation and ignored the rest of it, and now is using it to hammer home its zombie viewpoint without regard for the truth of the situation.

What happens to the Keekorok Troop when the human garbage goes away, or a stronger troop moves into the neighborhood? Probably the conditions of whatever is “third world status” in simian troops. 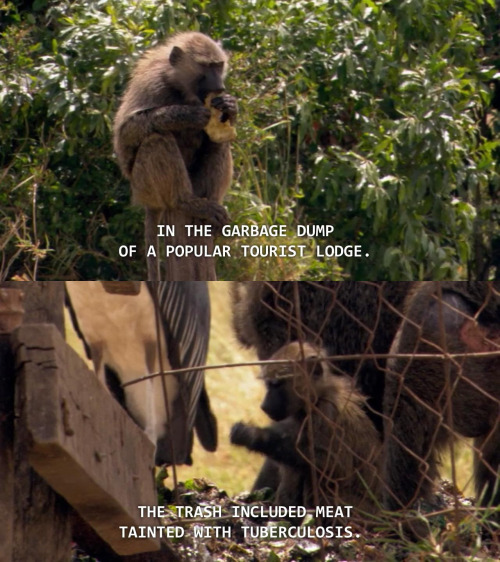 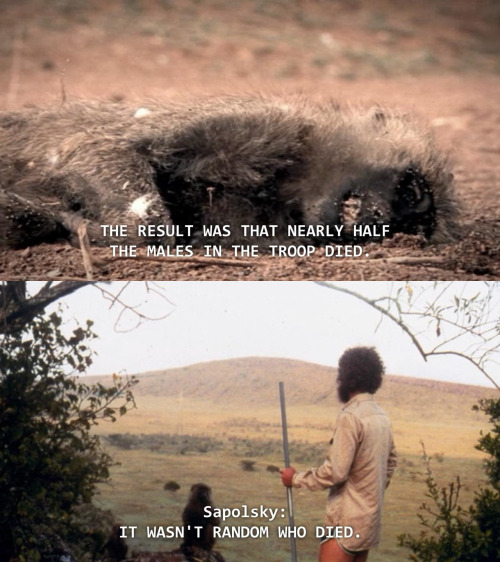 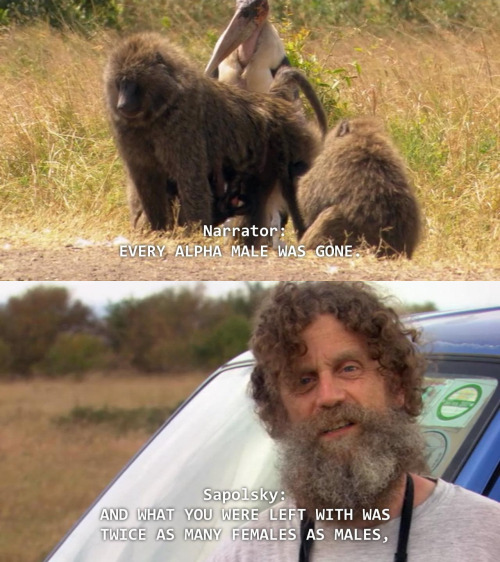 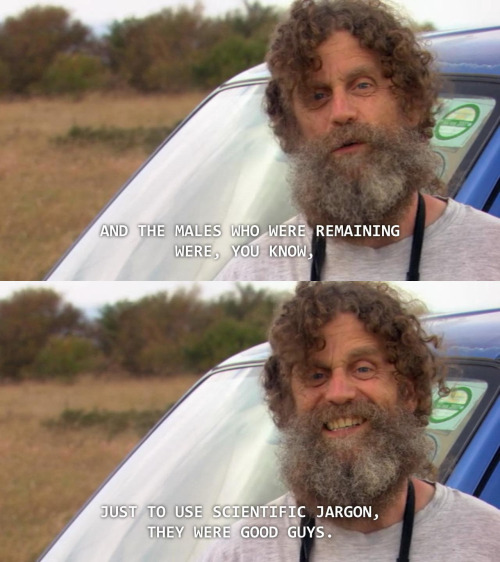 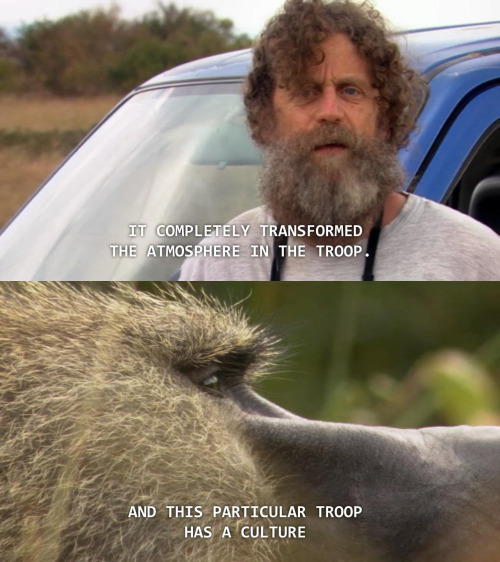 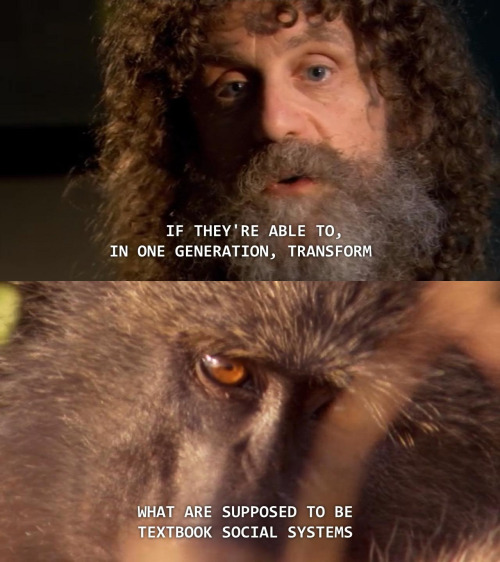 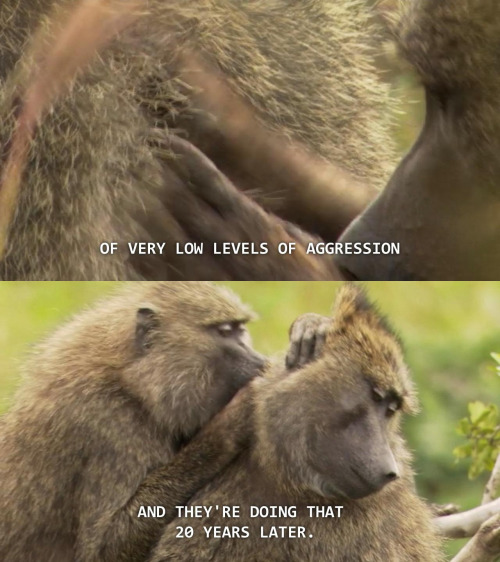 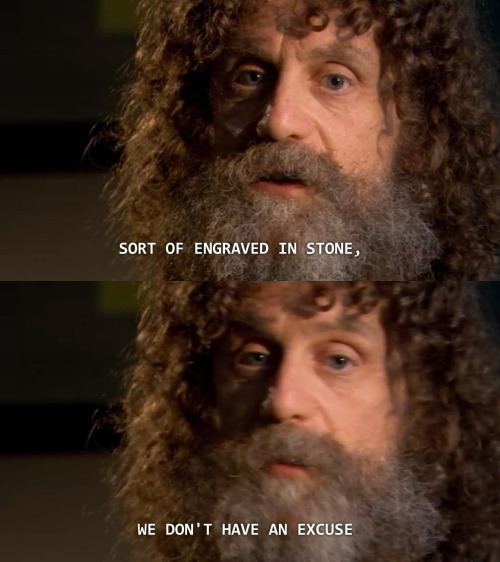 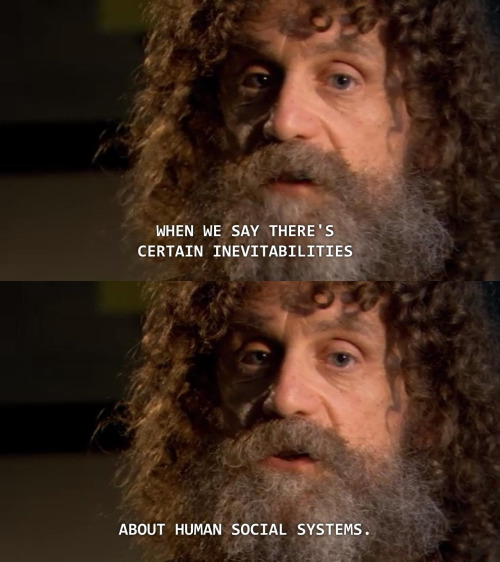 What could be the driving source behind such a scientist? Again, from nu-Pravda:

Dr. Sapolsky, 43, grew up in Bensonhurst, Brooklyn, a place he describes as ”a true tribal enclave.” His career blossomed during boyhood visits to the Museum of Natural History in Manhattan, where he spent hours fantasizing about living in the African dioramas.

By age 12, he was ”your basic misanthropic egghead,” as he put it, and writing fan letters to primatologists (later on, at John Dewey High School in Coney Island, he taught himself Swahili). He dreamed of escaping Brooklyn.

”Bensonhurst was not the place to be a short scholarly Jewish kid with no proclivity toward athletics or gang violence,” he explained.

He was a short nerdy kid who did not like sports and he was of course, oppressed, by the strong. Or at least the violent. Or maybe not the strong or violent, but the criminal. It is unclear what he is saying here, but also clear that if he is reciting this 31 years later, he harbors a life-long resentment of people stronger than him.

Liberal pathology at work is an amazing thing. They wish to neuter the strong and embrace the foreign, if not the outright enemy, and have it take care of them. In my day, we had a simpler term for this: giving up.