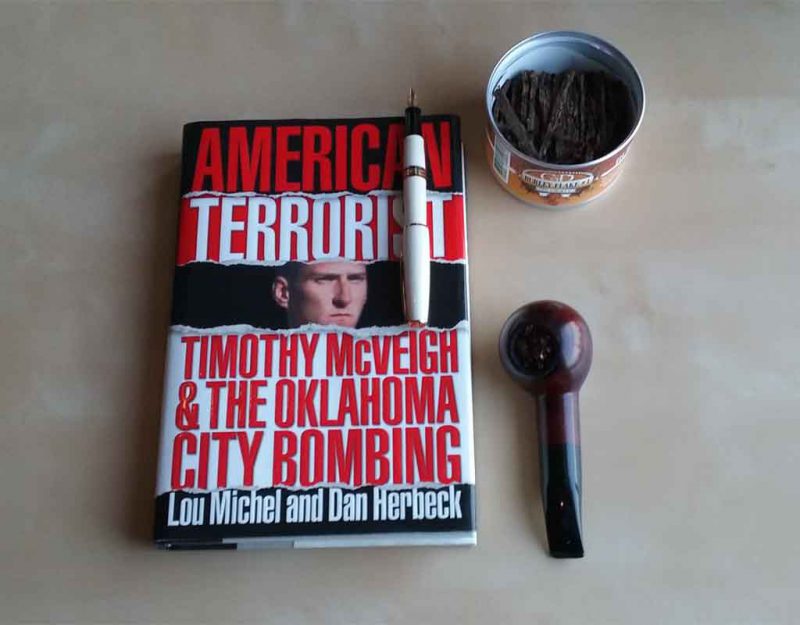 Some commemorations exist so that we remember the past, and the why behind it, such as what people struggled to do and why it was important to them.

Other ceremonies serve merely to tell us what to think, so that we do not see that events in the past were connected between cause and effect, and that this points to systematic flaws in the way we have organized our civilization.

Tim McVeigh blew up the Alfred P. Murrah Federal Building in Oklahoma City on this day twenty-five years ago, in response to what he saw as federal over-reach at Ruby Ridge and Waco. Informed by The Turner Diaries, he was also aware of the cataclysm of demographic replacement.

Watching the America he knew give way to Amerika, the neo-Communist replacement, spurred McVeigh into action, and with the help of a few others, he cooked up the most proficient terrorist bomb that this country has ever known, using the same explosive formula that we now use in the MOAB.

He joined Anders Breivik and Ted Kaczynski in a clear strategy: go after the people who are responsible, and make others be afraid to join them. Breivik shot Leftists, Kaczynski mailbombed leaders of destructive industry, and McVeigh blasted federal stooges — “just following orders” — into orbit.

None of us desire violence or war. However, when our society has gone down a bad path, we have a duty to right it, and change it to something that works. It does not have to be perfect; whatever we do, there will be disadvantages and suffering, but we can tweak the result until it works better.

No future exists for us in Leftism. Equality means domination of the mob over those who have undergone the esoteric process of learning that begins with self-actualization and self-discipline. That in turn means that we avoid reality, and confront recurring problems that we cannot fix as a result.

We have a great chance here, today, and every day after, to raise up our society, re-arrange things so that they work again, deport Leftists to Venezuela, and rebuild so that we rise above all of our ancestors. We either accept this, or bow to domination and erasure.