Â¡RACISM! As A Censorship Tactic And A Mode of Societal Control

by Jonathan Peter Wilkinson on November 18, 2016 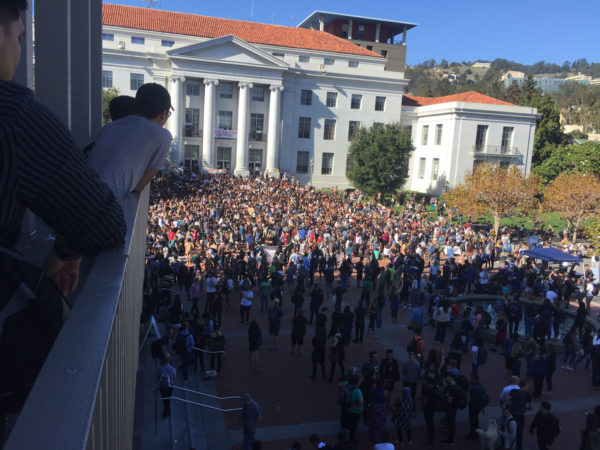 Amerikan Leftists have no legitimate right to bitch about Â¡RACISM!

They voted to elect and then re-elect a president who described lower income white people as bitterly clinging to their Bibles and their guns. It was sweet of the first president elected for his race alone not to over-generalize. They then proceeded to unsuccessfully attempt to install Hillary “Basket of Deplorables” Clinton.

Remember Van “Whitelash” Jones? Guess who gave him his big break in politics? So why do the clearly hypocritical and disingenuous scam artists still accuse people they don’t see in the mirror every morning of being Â¡RACISM!?

That’s easy. Like terrorism, it works like hell. It inspires Leftists to violence and hatred toward the system. That hatred then offers them the chance to disrupt. Â¡RACISM! is a subversive tactic.

What excuse do we hear when Twitter censors the Alt-Right? !RACISM! What happens when a black person dissents from liberal gospel. As TJ Sotomayor puts it. “They call us all kinds of n*gg*s.” Malcolm X described this phenomenon in his own life and times.

There are many whites who are trying to solve the problem. But you never see them going under the label of liberals. That white person that you see calling himself a liberal is the most dangerous thing in the entire western hemisphere. Heâ€™s the most deceitful. Heâ€™s like a fox. And a fox is always more dangerous in the forest than the wolf. You can see the wolf coming, you know what heâ€™s up to. But the fox will fool you. He comes at you with his mouth shaped in such a way that even though you see his teeth you think heâ€™s smiling and take him for a friend.

Liberals will never lay off from flogging Â¡RACISM! They find it too effective of a marketing strategy. They thrive on the fact that diversity plus proximity incites racial warfare. From FDR to LBJ to BHO the divisive strategy laid out in the writings of Saul Alinsky dictates how past racial grievances are used to sell divisiveness and hatred in current electorates. So what do?

Solutions on the Alt-Right vary. Some are more fundamentally radical than what I put on offer. All, however, seek to give people of all races, cultures and religions the right to set up their own enclave of safety. A place that is uniquely theirs and that gives them a unique sense of cultural honor and pride.

What I would personally like President Trump to pursue on this issue is a concerted effort to strip the Diversity Police of their teeth and to encourage Freedon of Association throughout the private sector of the US economy. That would include who businesses hire, who businesses serve and who can buy and sell real estate at what price and in what location.

This would require a concerted effort to change the ideological complexion of who makes decisions in Federal Court. It would require a difficult and prolonged effort to amend Civil Rights Laws to concentrate specifically against de jure discrimination rather than the specious and overbroad concept of disparate impact. Civil Rights need to be actual rights not the premise by which we block the natural freedom of people that we object to or blame for historical injustices our relatives may have suffered.

It would also be a peaceful America and a more prosperous and safer America. For people of all races. It would also be a much less Liberal America so Progressives will fight to prevent Freedom of Association from ever being a truly beneficent right enjoyed by the majority of Americans.

Secularization Is A Disaster | Interview With Reactionary Ian